Banned Runner Allowed to Race at US Trials Pending Appeals 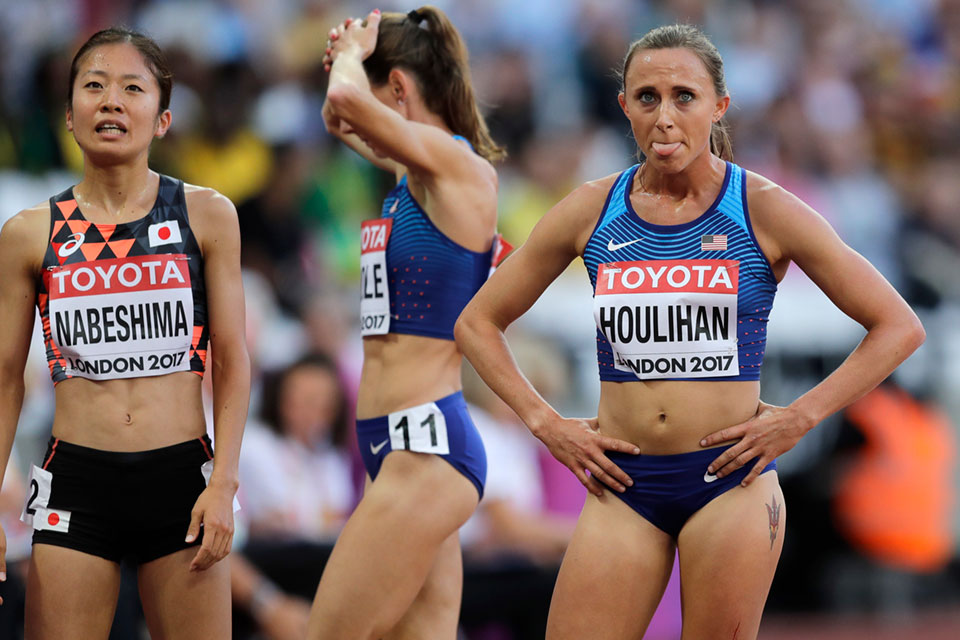 EUGENE, Ore. (AP) — Banned runner Shelby Houlihan is in the lineup and will be allowed to run at U.S. Olympic track and field trials while any appeals she files are pending.

Houlihan, the American record holder at 1,500 and 5,000 meters, is on the start list for Friday's 5,000 preliminaries. Though that list was initially produced before word of her four-year doping ban went public, USA Track and Field said there were no plans to take her off.

“Given there is an active appeal process, USATF will allow any athletes to continue competing until the process is completed,” managing director of communications Susan Hazzard said.

Earlier this week, the Court of Arbitration for Sport upheld Houlihan's four-year ban for testing positive for trace amounts of the performance enhancer nandrolone.

She blamed a positive test on a pork burrito she ate 10 hours before a test in December. Contaminated meats have led to positive tests in other cases, many of which have been dismissed. But Houlihan did not receive any leniency, and her ban would keep her out of the upcoming Olympics and the 2024 Games.

It still might, but USATF doesn't want to deny her a chance to qualify if, in fact, she can be reinstated on an appeal.

“You can always resolve the outcome later, but you can’t re-run a race,” CEO Max Siegel said.

Houlihan's representatives would not say what her next move would be. Typically, when athletes lose cases at CAS, which is based in Switzerland, they appeal to that country's highest court. In time-sensitive cases, that court can issue an injunction that would allow an athlete to participate while a case is decided.