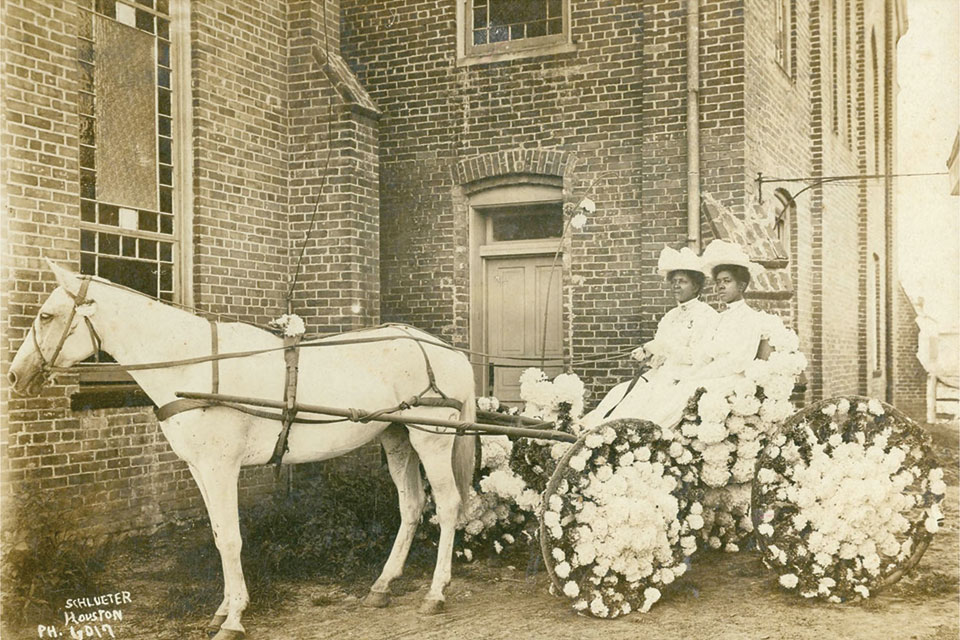 Starting next year, Juneteenth will be an official state holiday in Oregon.

Both the Oregon House and Senate approved June 19’s designation as a commemoration of the end of slavery in the U.S. On that date in 1865, enslaved people in Galveston, Tex. received word that they were free -- notably, two years after the Emancipation Proclamation had been signed. 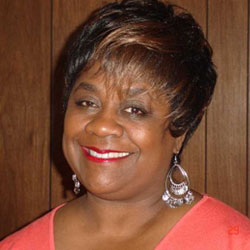 NAACP Portland President Sharon Gary-Smith“It’s about time when we want to right, not rewrite, history, that we acknowledge and make sure that we are recognizing how America is built, and who has been harmed and not acknowledged and appreciated and validated for their contributions,” Sharon Gary-Smith, president of the NAACP Portland Branch, told The Skanner. “And for me there’s the other edge to this, the fact that Juneteenth recognizes that Texas maintained slavery two years after it was proclaimed over. There’s something to be said about Black labor intentionally maintained for almost two and a half years, beyond federal declaration. And I think it’s important to acknowledge that was labor, that was contribution to the economy that’s never been validated.”

But Gary-Smith emphasized that Juneteenth is truly a celebration.

“We have a marvelous time as people, and all people can celebrate overcoming and victory, and literally being able to allegedly be free to live, to work, to be safe, in a time when we’re really struggling with that,” she said.

“I think it’s a powerful statement for Oregon to finally join others.”

Currently, 47 other states, as well as the District of Columbia, either observe June 19th or recognize it as an official state holiday. Texas was the first to establish Juneteenth as a holiday in 1980.

Just as news of emancipation was slow to reach the enslaved in Texas, knowledge of Juneteenth had long been a regional occurrence, and not widespread, according to some local leaders.

Richard Brown, photographer, activist, and author of This is Not For You: An Activist's Journey of Resistance and Resilience, told The Skanner of his delayed introduction to the holiday. 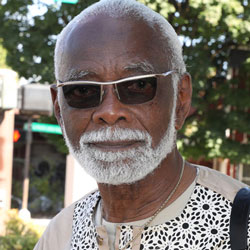 Portland author and activist Richard Brown“I’m from New York City and I never heard of June 19th before I left New York; my age has probably got more to do with that than anything,” Brown said. “I remember in the early years I was stationed in Oklahoma, and one day the guy I worked for said, ‘Are you going to be at work tomorrow?’ He didn’t explain anything, so the next day I was there at work. I found out that there were not very many Black people on the base who worked on June 19th...When I heard about it, everyone would go up to the local lake, and it was a big picnic. It wasn’t until later on that I began to understand the level that the 19th has to Black folks. Ultimately I found out what it was about. As time went on, I got to understand the meaning of it.”

While he was stationed in Germany in the 70s, Brown said, “stuff started to percolate” around Black identity, and Juneteenth was again a more pronounced celebration.

“We were looking for things to put our arms around when we were in the service, to bolster that pride in being Black. So on the bases it got talked about a lot,” he said. “The bases are a little American city in a foreign country. We take our issues wherever we go, and especially if you find a lot of folks from Texas and Oklahoma, June 19th is not going to go by without them knowing, and them saying ‘Back home, this is what we’d be doing.’”

Brown said the Juneteenth holiday must be accompanied by an educational component.

“If we’re going to do it, it needs to be done like Christmas,” Brown said.

“We need to sing liberation songs. It needs to be more than just a day off, because absent that, then it just becomes a day people don’t have to go to work. ‘I don’t know why, we’ve just been doing it all these years.’ I’m adamant we need education around it.” 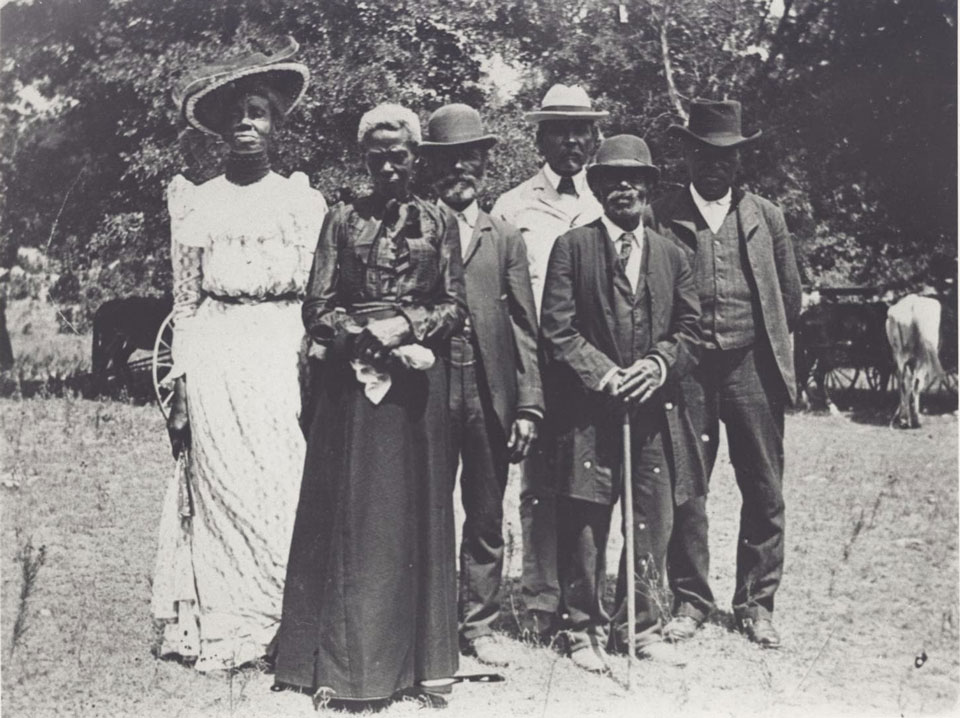 Photo of celebrants from Juneteenth, 1900, in Texas.He added, “I think people are open to that kind of thing, especially Black folk. I grew up in Harlem, and we learned when it was a time the Catholics were off, when the Jews were off -- we learned about that. We learned about the holidays in the neighborhoods. I don’t think you can go wrong doing those things. And then when you start dealing with biases, then you have some positive thing that’s stuck in your hard drive, instead of all the negative things we hear about other cultures. When something happens to you and it engenders those negative feelings you’ve heard, when you’ve stuffed these positive things on top of that, you may never get to the negative stuff.”

Others pushed for even more action around the holiday. 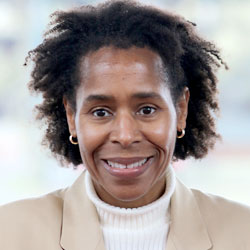 Portland historian Carmen Thompson“Symbolism does have meaning,” historian Carmen Thompson told The Skanner. “I’m also looking for something more substantive from the Oregon legislature. I know they have the reparations bill out there, I know we’re talking about police reform. Things that are affecting the African American community more substantively.”

Thompson said she is wary of the holiday becoming misconstrued.

“They turned King Day into a day of service, but that’s not really what King was about,” she said. “I think that’s a way to get people to feel good about themselves and let them off the hook from doing the work to deal with anti-Blackness. King was about justice, racial justice and equality for African Americans.”

Thompson suggested Juneteenth would be an ideal time for the governor, government agencies, organizations and private corporations to perform audits of racial diversity in employment practices. 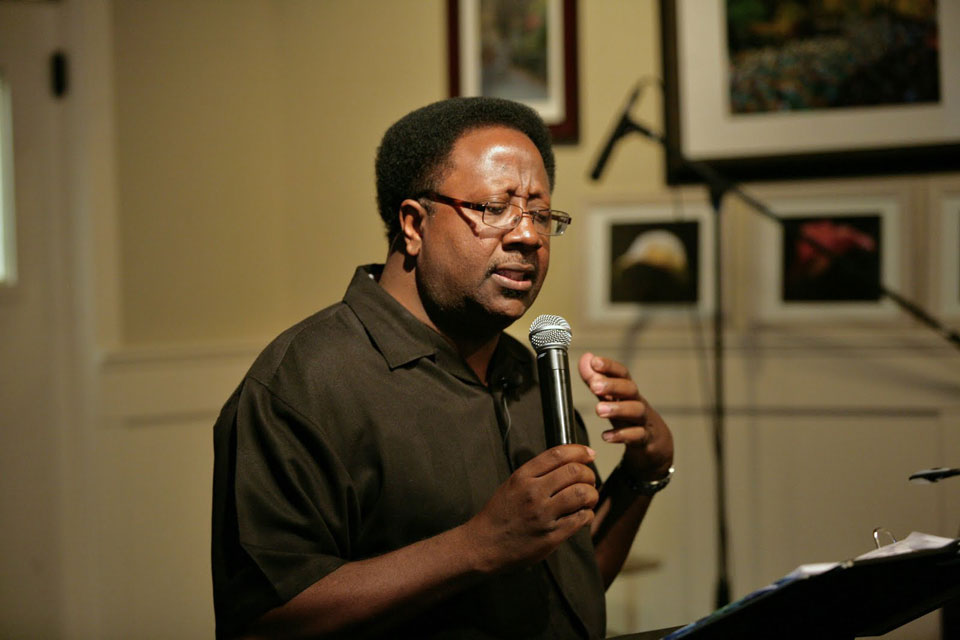 “I’m open to maybe the governor or the legislature making a public declaration around remembrance or celebration, but not a holiday that would be more for public employees,” Wheatfall told The Skanner. “I think it would be neat if it was attached to having the Oregon Legislature go through the Oregon Constitution, and remove any discriminatory kind of restrictions, any sundown laws, because I think there are still laws on Oregon’s Constitution that haven’t been repealed, that are still on the books but aren’t followed.”

“For those who don’t want to talk reparations, I’m talking about documented evidence of people working free for others for two years after it was outlawed by proclamation by President Lincoln,” she said. “And it continued, when you think about the fight for fair wages for fair work, when we think about people who have given so much and gotten so little, I think that’s part of the true history that we can learn from and build on.”

A Time for Joy

Thompson noted that Juneteenth stood out as an African American-led holiday.

“It is, more importantly, speaking about how it is that African Americans commemorate their own freedom,” she said.

“It’s more about African Americans establishing for themselves what is important.”

Meanwhile, Oregon’s representation in the U.S. Senate -- Senators Merkley and Wyden -- are cosponsors on legislation to make Juneteenth a national holiday.

Back in Oregon, House Bill 2168 heads to Gov. Kate Brown’s desk for signature at the same time as a bill that criminalizes displaying a noose for the purpose of intimidation, as well as a bill that prohibits race-based hair discrimination -- the latter of which was introduced last year, but became a casualty of the Republican walkout.

“History needs to be lived as well as taught, and this day gives us both,” Gary-Smith said.