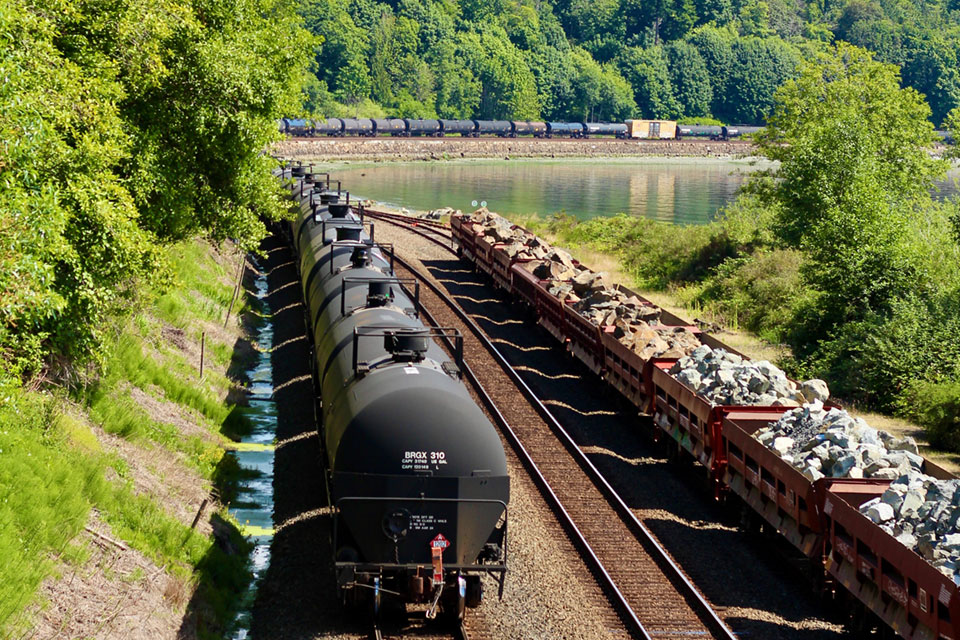 Seven train cars carrying crude oil derailed and five caught fire in Custer, Washington, on Dec. 22, 2020, sending a large plume of black smoke into the sky close to the Canadian border. There were no injuries in the derailment about 100 miles (161 kilometers) north of Seattle.

KUOW reports that an official with the union representing the driver has told authorities the derailment was not an accident.

FBI believes this could be connected to a prior incident

“We know from the FBI investigation, from how trains operate, how trains work, how the couplers work, how the pin lifters work, that this incident was caused without a doubt by sabotage,” Korey McDaniel with the union’s safety team told BNSF Railway investigators, according to a hearing transcript obtained by the station.

The incident happened near where two people had been arrested a month before and accused of attempting a terrorist attack on train tracks to disrupt plans for a natural gas pipeline.

KUOW reports the cause of the derailment won’t be officially declared until the FBI, the Federal Railroad Administration, and the National Transportation Safety Board finish their inquiries.

Two people were on board the 108-car train headed from North Dakota to the Ferndale Refinery, owned by Phillips 66.

The month before the derailment federal authorities in Seattle charged two people with a terrorist attack on train tracks, saying they placed “shunts” on Burlington Northern Santa Fe tracks. Shunts consist of a wire strung across the tracks, mimicking the electrical signal of a train. The devices can cause trains to automatically brake and can disable railroad crossing guards.

The FBI’s Joint Terrorism Task Force had said there had been dozens of such cases involving BNSF tracks.

Home to five oil refineries, Washington state sees millions of gallons of crude oil move by rail through the state each week, mostly coming from North Dakota along with some from Alberta and Saskatchewan in Canada.