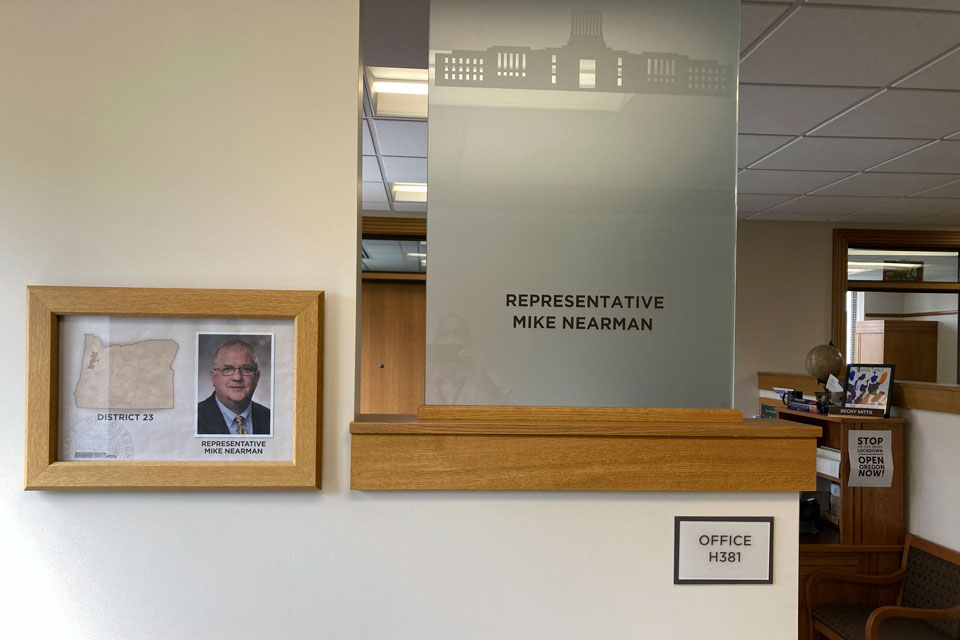 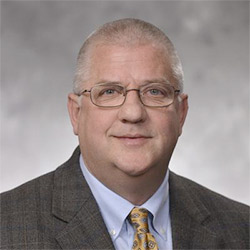 Rep. Mike NearmanSALEM, Ore. (AP) — A Republican state lawmaker faces being expelled from office after a video emerged apparently showing him choreographing how he would let far-right protesters into the closed Oregon Capitol days before he did so in December.

The crowd entered the building during an emergency legislative session, and some sprayed chemical irritants at police.

On Monday, Oregon House Speaker Tina Kotek introduced a resolution that would have the Democrat-controlled House expel Rep. Mike Nearman if two-thirds of its members vote in favor. She appointed a committee to consider the matter.

GOP members of the House also wrote a letter to Nearman on Monday, saying he should step down. 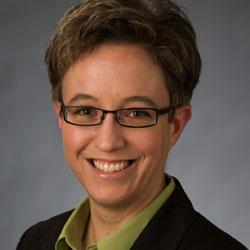 Oregon House Speaker Tina Kotek“Today, we strongly recommend that you resign from the Oregon State House of Representatives,” all 22 House Republicans said in the joint letter. “Given the newest evidence that has come to light ... it is our beliefs as friends and colleagues that it is in the best interest of your caucus, your family, yourself, and the state of Oregon for you to step down from your office.”

The lawmakers were referring to video that emerged late Friday in local news reports that appeared to show Nearman coaching constituents on how to text him so they could get into the Capitol.

The committee appointed by Kotek, a Democrat, will convene later this week. It is composed of three Democrats and three Republicans.

With Republicans calling for Nearman to step down, his fate appeared sealed. If he does not resign, there was little doubt that an overwhelming number of House members would vote to cast him out.

Nearman himself said Monday he believes there are enough votes to expel him, which he said would make him the first House member to be expelled by its members in Oregon history. He joked in a call to the Lars Larson Show, a conservative talk radio program, that this would eventually make him the subject of a question on TV's “Jeopardy!”

He did not say whether he would resign.

"I’ll put myself in God’s hands and see how that works out for me,” Nearman said.

The incident on Dec. 21 rattled lawmakers and staff inside the Capitol and foreshadowed the Jan. 6 assault on the U.S. Capitol by rioters spurred on by then President Donald Trump. Several of those who were among the crowds in Salem on Dec. 21 later were in Washington during the U.S. Capitol attack. 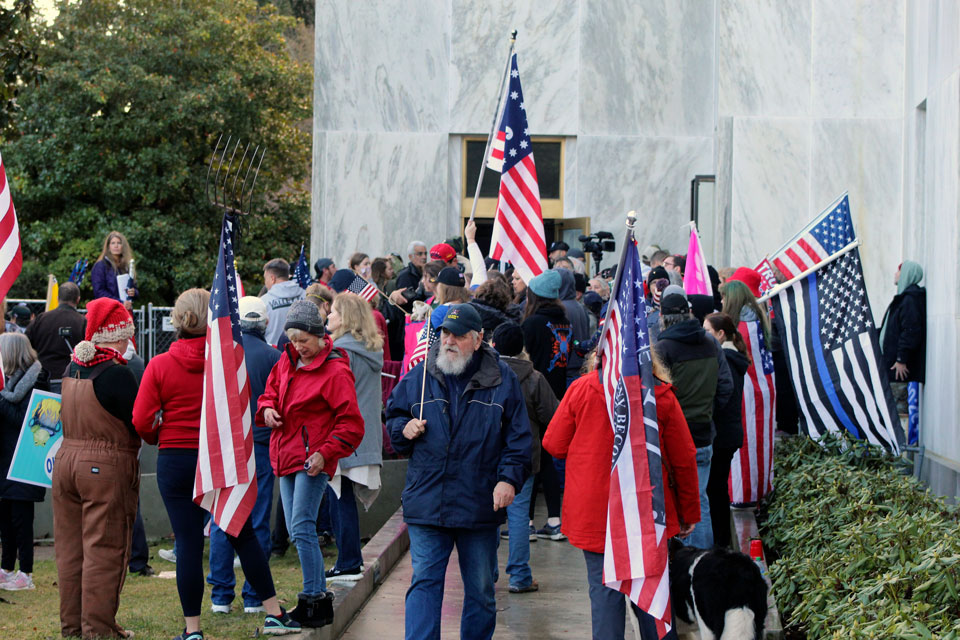 In this Dec. 21, 2020, file photo, pro-Trump and anti-mask demonstrators hold a rally outside the Oregon State Capitol as legislators meet for an emergency session in Salem, Ore. Oregon House Speaker Tina Kotek wants to expel a lawmaker who allowed violent protesters into the Oregon State Capitol that day. (AP Photo/Andrew Selsky, File)As lawmakers met in emergency session on Dec. 21 to deal with economic fallout from the coronavirus pandemic, far-right rioters entered the building. They sprayed chemical irritants at officers who finally expelled them. Outside, protesters broke windows on the Capitol and assaulted journalists.

Later, security camera video emerged showing Nearman opening a door to the Capitol, which was closed to the public because of the pandemic, allowing protesters to enter. Nearman allegedly told people in a video days earlier that he would let them in if they texted him, and he provided his cellphone number. The existence of the video was first reported Friday by Oregon Public Broadcasting.

“That video was me setting up the 21st, I think,” Nearman said on the radio show. He indicated that his actions were civil disobedience because he objected to the Capitol being closed to the public.

In her resolution, Kotek said personnel who were authorized to be in the Oregon Capitol described Dec. 21 as intense and stressful, terrifying and distressing.

“Law enforcement officers were visibly injured and shaken due to the demonstrators’ action,” Kotek added.

“The severity of Representative Nearman’s actions and last week’s revelation that they were premeditated require a special committee to immediately consider expelling him from the House of Representatives,” Kotek said. “He knowingly put the physical safety of everyone in the Capitol — lawmakers, staff and law enforcement — in jeopardy."

Her resolution cites the Oregon Constitution, which empowers the House to punish a representative for disorderly behavior.

Nearman also faces two misdemeanor criminal charges and has said he will seek a trial by jury.

He didn’t respond to messages seeking comment Monday. A woman sitting at a desk in the anteroom of his Capitol office said the lawmaker was not present. She refused to comment, went into Nearman’s office and shut the door.

Kotek said police in the state Capitol prevented the situation from escalating.

“As we saw in January at the U.S. Capitol, the ramifications could have been dire if law enforcement had not stepped in so quickly,” Kotek said.