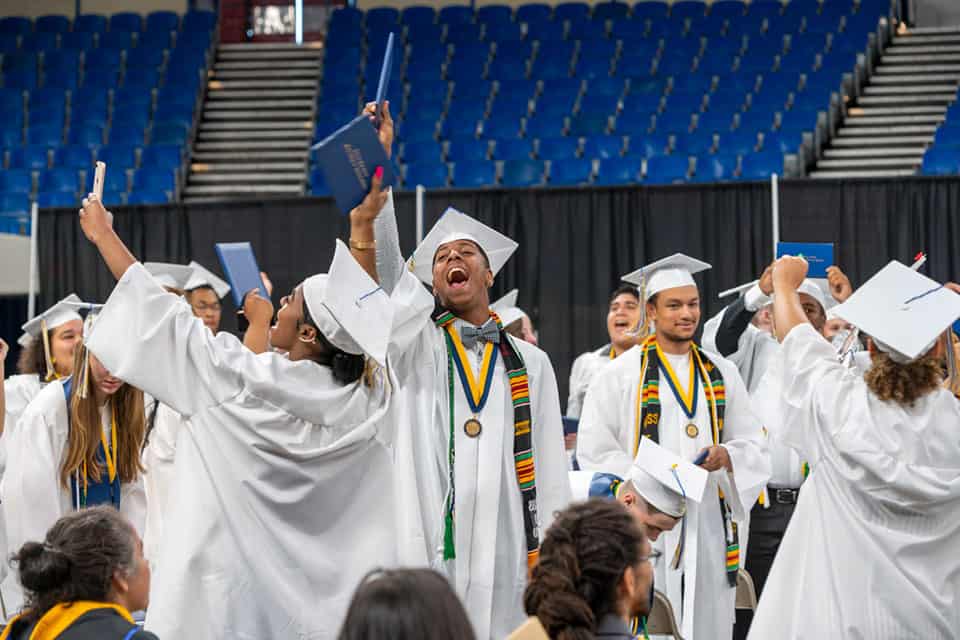 A statewide pause in high school graduation requirements has prompted a re-evaluation of what many educators view as unnecessary barriers to achieving a diploma -- and a major cause of inequity in education outcomes for students of color.

“Now more than ever, any review of Oregon’s graduation requirements must include the perspective of communities who have been historically underserved and disproportionately impacted by inequities embedded in our current system,” Oregon Partners for Education Justice said in a joint statement. “It’s critical that Oregon’s diploma requirements and proficiency assessments ensure all students—especially Black students, Indigenous students, students of color, students experiencing poverty, students with disabilities, and English Language Learners—have access to the unique social, emotional, and academic support they need to thrive.”

The pandemic briefly changed graduation requirements by removing essential skills testing, which critics characterize as unnecessary standardized exams that punished otherwise eligible graduates with poor test-taking skills. Many argue that students who have completed and passed required courses have already demonstrated sufficient knowledge of the material. 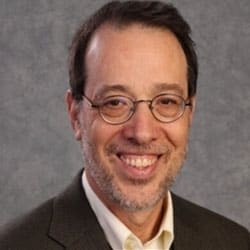 Sen. Michael Dembrow (D-Portland)SB 744 directs the Oregon State Board of Education to consider whether essential skills testing should be eliminated as a prerequisite for a high school diploma, and to reassess graduation requirements more broadly.

Oregon Sen. Michael Dembrow (D-Portland) told the House Committee on Education this week that essential skills requirements were originally introduced as a way for students to show competence through a body of work.

“Essential skills were designed to be demonstrated through projects, portfolios, work study kind of experiences, really to show not only that one had book learning, but that one could use the learning that one had achieved. I think it was ambitious, and I think it was very appropriate,” Dembrow said.

"And so more and more districts started demonstrating essential learning skills competency by scores on the (Smarter Balanced Assessment Consortium) or other tests. Which is completely counter to the original purpose of this.”

Critics of the proposed changes argue that the state would be lowering the educational bar with such changes. But supporters emphasize Oregon is one of only 11 states where the practice of “exit exams” persists, and that seven states now retroactively issue diplomas to students who were denied them based only on low standardized test scores.

Oregon’s high school graduation rates lag behind the national average of 86%, according to the National Center for Education Statistics. The 2018-19 school year saw 80% of Oregon high school seniors graduate. After the testing requirement was paused last year, and despite the difficulties posed by remote learning, that average climbed to 83% points.

Graduation rates for students of color remained below the average, but Black students made an impressive gain of six percentage points, for a graduation rate of 76% last year.

Oregon has long been accused of failing its Black students, with a 2018 report finding two-thirds of Portland's Black students were failing their classes. Local leaders have accused the statewide school system of essentially criminalizing Black students by disciplining them at a much higher rate than any other group, a practice that has been referred to as the "school-to-prison pipeline," and highlighted in the state Department of Education's 2014 sanction of Portland Public Schools for their harsh disciplinary practices against Black special education students, who were punished at five times the rate of their White classmates.

“The students I tutored at North Eugene High School were largely Latinx kids, and to a one, they were resigned, fatalistic, and lacking any hope for graduating with their classmates,” retired teacher Larry Lewin wrote in support of SB 744. “They knew the score -- they knew they were losers in the system. No amount of coaching, cajoling, mentoring from me would inspire them to want to write better.

"The Essential Skills requirement had already sunk them.

"I was not teaching how to write, how to communicate, how to use language for a purpose; I was test-prepping them -- again.”

Oregon Rep. Zach Hudson (D-Troutdale), who has taught math, language arts, and special education at the high school and community college level, expressed to his colleagues in a work session last week his support for changing how high school seniors are assessed.

“It feels like right now we have a very binary system, either you drop out and fail, or you get a high school diploma,” Hudson said. 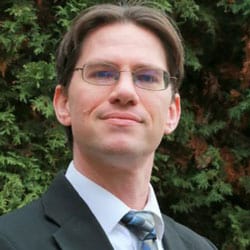 Oregon Rep. Zach Hudson (D-Troutdale)“I know that we want to promote rigor and we want to promote high standards. The other side of that coin is that we’re using the ‘not getting a high school diploma’ as this threat for years and years as students work their way through high school, right down to the point where in May, I have seniors in my class who have fulfilled every single credit requirement they need, all of their essential skills, except for one math work sample. But they have so much difficulty with using written language to talk their way through how they solved a math problem correctly, that they are still not getting all fours on that one math work sample. And that axe of ‘You’re not going to graduate’ is still dangling over them because of that one difficulty.”

“We are forced to focus our time and energy teaching to the test and testing and coaching students through high levels of test anxiety, when what we should be focusing on is creating an equitable, trauma-informed, safe school environment where students feel nurtured and supported,” Palma wrote.

Oregon Partners for Education Justice, which includes the Coalition of Communities of Color, KairosPDX, UniteOregon, Africa House, and SEI, called for a thorough review of diploma requirements, using “disaggregated data to determine if current requirements have resulted in disparities or have been applied inequitably.”

The coalition concluded that such a comprehensive review was “an essential step toward advancing a more inclusive, equitable, and racially just education system for Oregon’s children.”

SB 744 passed the state Senate and the House Education Committee, and heads next to the House for a vote.