Reductions at Center for Women’s Leadership Mean No Advisory Board 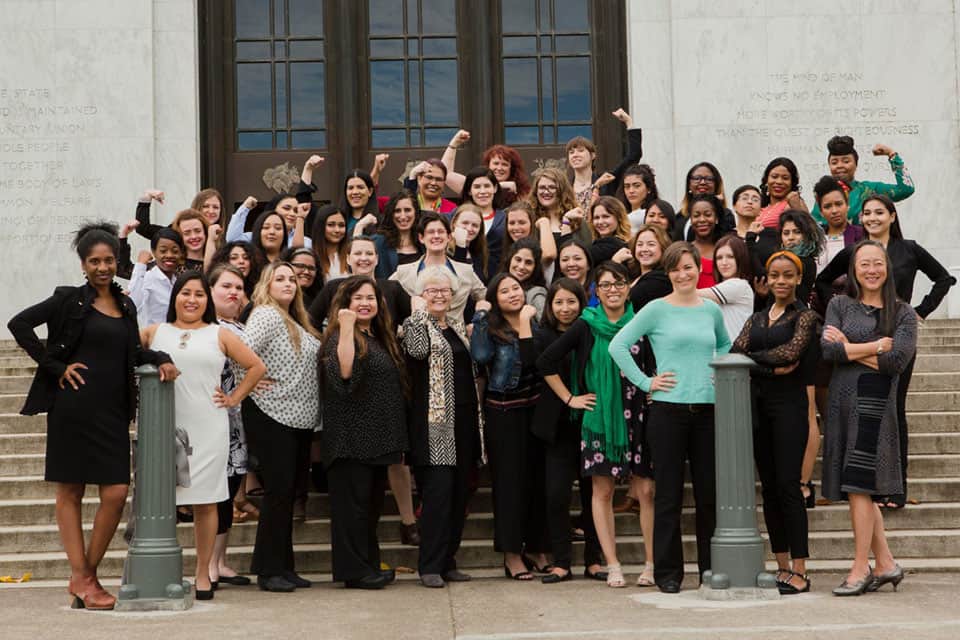 At a time when the pandemic has forced women’s participation in the workforce to a more than 30-year low, Portland State University has announced its influential Center for Women’s Leadership will be similarly making cuts, with the program to be immersed in the College of Urban and Public Affairs and operating without what has long been a prestigious advisory board.

“How we got where we’re at really has a lot to do with the pandemic, and recognizing we had to cancel our 2020 fundraiser, and then our having an out-of-cycle event this year for fundraising, and then recognizing that the university was not in a position at this time to provide some of that additional financial support,” Jessica Mole, interim executive director of the center, told The Skanner. “Through quite a few conversations between leadership and our board of directors -- who’ve really been just an incredible community that’s informed and provided that wisdom and lived experience for our programming.

"They’ve really recognized that there wasn’t a role at this moment for that full board.” 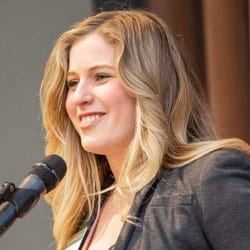 Center for Women's Leadership Interim Executive Director Jessica Mole took over in the second change of leadership the center experienced last year. Mole has headed the center since October. In April of last year, longtime community leader Traci Rossi stepped down after three years as the center’s executive director to lead the Portland chapter of the nonprofit Friends of the Children. Rossi did not respond to requests for comment.

In a joint statement, Portland State University President Stephen Percy and Center for Women's Leadership Board Chair Pia Wilson-Body pointed to two leadership transitions last year, as well as PSU's hiring freeze, as contributing to the center's uncertain future and ultimately its transition.

“PSU budget constraints exacerbated by COVID-19 also reduced the amount of financial support the university was able to promise for the Center,” they wrote.

The Center for Women’s Leadership was founded in 2009 by Melody Rose, who holds a doctorate in government and is now the chancellor of the Nevada System of Higher Education. Prior board members include Gov. Kate Brown, former Oregon Supreme Court Justice Betty Roberts, former Gov. Barbara Roberts, and Congresswoman Suzanne Bonamici.

The center’s statewide mission statement has been to provide training opportunities and educational events to girls and women, and to expose them to potential careers in leadership in both the public and private sector.

“A lot of it is about getting the opportunity for folks to recognize and act on their own potential.

"So exposure to how policy happens, the policy process within their state, what civic engagement looks like,” Mole said. “It’s not just going into elected office, which is important and great, but it’s specifically about looking more at leadership and getting folks engaged in their local communities, if that’s voting every election, advocating, doing phone banks -- the broad spectrum of getting involved in a more engaged way, and by being more engaged, having more exposure to opportunities and abilities and pathways to leadership.”

The center runs the National Education for Women’s Leadership of Oregon (NEW Leadership Oregon), which is based on curriculum from a namesake program at the Center for American Women in Politics at Rutgers University. Although the Center for Women’s Leadership does not have a contract with Rutgers, it benefits from the East Coast university’s “evidence-based practice and research around women in politics,” Mole said. NEW Leadership Oregon is open to any woman enrolled in an Oregon college or university, and thanks to the work of the current board, the program is expecting its largest cohort this June.

Oregon is one of 22 states to have such a program.

“Dr. Melody Rose really worked on those relationships and being able to position Portland State and the Hatfield School of Government as the appropriate home to host the new leadership program for Oregon,” Mole explained.

Mole said the center counts among its leadership alum Rep. Wlnsvey Campos (D-Aloha), who at 25 recently became the youngest woman elected to the Oregon state legislature.

But some community leaders worry that the center’s transition will mean a sharp reduction of resources and offerings; indeed, Mole said she already had to make the difficult decision to pause the center’s annual teen summit for the second year in a row. The program typically hosted up to 500 high school-aged girls for teen council opportunities and education, she said.

But Mole urged that it would not lose its collaborative spirit.

“The center is not a nonprofit,” Mole told The Skanner. “The folks that were on the board as well as past directors found that operating like a nonprofit was useful for them as a model, but ultimately the board was an advisory role, so they’re not governing, and they’re not a formal board of directors like you would have at a nonprofit.

"Really this is kind of returning to some of the humble roots of being at a university center.”

Percy, Wilson-Body, and Mole emphasized that the board was part of the decision to dissolve itself. Current board members declined The Skanner’s requests for comment.

Still, Mole saw benefit in being housed within the Hatfield School of Government, which is also home to the National Policy Consensus Center and the Center for Public Service.

“They do consulting with the public sector as well as research, partnering typically with a local government agency or something of that nature, as well as education,” Mole said. “I think it’s really taking this academic year to partner with Portland State faculty and leadership to examine how the Center for Women’s Leadership can, I guess, be humble for a little bit but then expand in those three areas, because we are committed to serving across the state of Oregon.”

The center may further reconsider its role as record numbers of American women have dropped out of or decreased their participation in the workforce in the past year.

According to reports from the U.S. Labor Department in March, employment for Black women is nearly 10% lower now than in February 2020. For White women, employment numbers took a 5% dip over the same period. According to chief Labor economist Janelle Jones, the first Black woman to hold the position, half a million Black women have left the labor market since January 2020.

Analysts point to job losses in sectors more heavily populated by women, especially women of color, such as the hospitality industry. But there has been a precipitous drop in childcare availability, and a long-running shortage of affordable childcare, during a pandemic that forced schools to close. Statistics show that women have had to shoulder the childcare burden much more heavily than their male counterparts, to the detriment of their careers, income and future earning potential.

“We haven’t really played much of a policy advocacy role necessarily in the past,” Mole said of the center. “We are a nonpartisan center, so we are in politics but not necessarily advocating in that way and so I always like to start with evidence-based practice. To me that’s knowing exactly what the issues are: How many women had to make choices around childcare and work, specifically in Oregon? It’s about being able to pull those numbers and that information together, and then getting smart people to weigh in, because to me collaborative leadership and collaborative work gets us a lot further than me just hanging in my office staring at these statistics. So getting people together to figure out, is it training? Is it access? Is it direct aid? What is it? And it’s not necessarily that we’ll be the center that provides those things, but looking for partners across the state and saying that we have this information, we can provide the training or we can provide this piece of it, but can you do the childcare advocacy part? So I think it’s part of that analysis, taking an inventory of who’s on first and who makes the most sense to be on first with community partners.”

“The center was really a coming together between academics and politicians, to really recognize that there wasn’t great representation of women in elected spaces in our state,” Mole said. “And although we’ve gotten a bit better -- the House is majority women for the first time -- we still have work toward furthering equality in our state.”