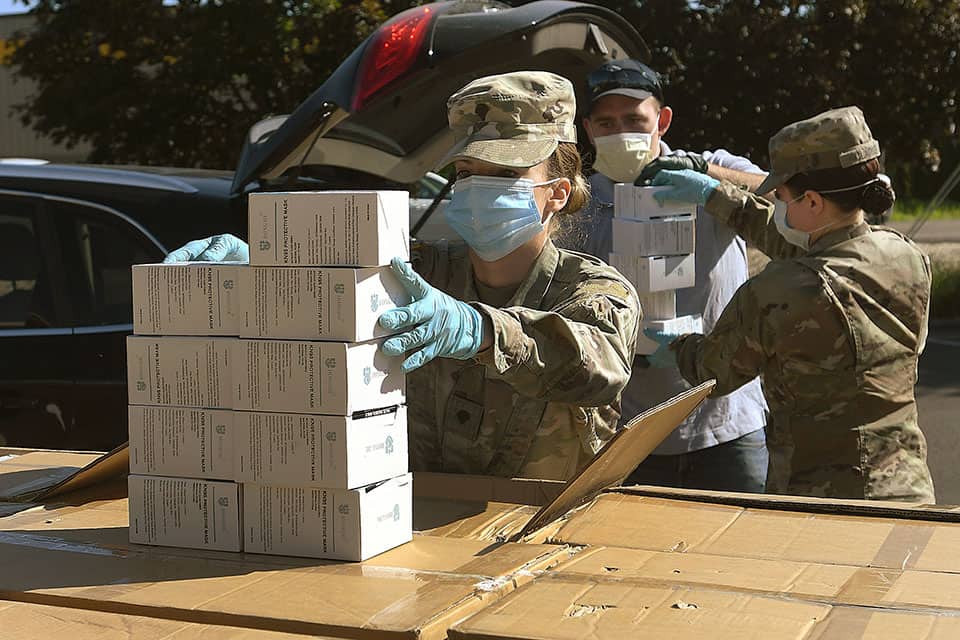 PORTLAND, Ore. (AP) — Oregon adopted a controversial rule on Tuesday that indefinitely extends coronavirus mask and social distancing requirements for all businesses in the state.

State officials say the rule, which garnered thousands of public comments, will be in place until it is “no longer necessary to address the effects of the pandemic in the workplace.”

“We reviewed all of the comments – including the many comments that opposed the rule – and we gave particular consideration to those comments that explained their reasoning or provided concrete information,” said Michael Wood, administrator of the state’s department of Occupational Safety and Health. “Although we chose to move forward with the rule, the final product includes a number of changes based on that record.”

Oregon, which has been among those with the country’s most stringent COVID-19 restrictions, had previously had a mask rule for businesses, but it was only temporary and could not be extended beyond 180 days. That prompted Wood to create a permanent rule with the intent to repeal it at some point.

“To allow the workplace COVID-19 protections to simply go away would have left workers far less protected. And it would have left employers who want to know what is expected of them with a good deal less clarity than the rule provides," Wood said.

But the proposal prompted a flood of angry responses, with everyone from parents to teachers to business owners and employees crying government overreach.

Opponents raised concerns that there is no sunset date or specific metric for when the rule would automatically be repealed. As a result, Wood said the final rule includes considerably more detail about the process and criteria that will be used to make the decision to repeal the rule.

The rule requires that employers make sure that under most circumstances people wear masks while working inside and use face coverings outside if they have to be within six feet of people. It also mandates that businesses make sure people aren’t within six feet of each other – unless that’s not practical for certain activities.

The agency said it would be considered if the rule can be repealed, starting no later than July.

Besides mask and distancing requirements, the rule — which also includes requirements and guidelines regarding air flow, ventilation, employee notification in case of an outbreak, and sanitation protocols — dovetails with separate actions and restrictions by Gov. Kate Brown, the latest being increased county risk levels.

Last week Oregon recorded the fastest-growing COVID-19 infection rate in the nation, and as a result Brown implemented further restrictions in 15 counties, including banning indoor dining at restaurants and bars and significantly decreasing capacity in gyms and indoor entertainment spaces.

The restrictions were criticized by business owners and Republican lawmakers.

On Tuesday, those counties were moved back a level, effective Friday, because the statewide seven-day average increase for hospitalized COVID-19 positive patients dropped below 15 percent. This means indoor dining and other activities will be allowed.

“With Oregonians continuing to get vaccinated each week, my expectation is that we will not return to Extreme Risk again for the duration of this pandemic,” Brown said.

So far, about one-third of Oregon’s population has been fully vaccinated.

In the past month, COVID-19 hospitalizations in Oregon have more than doubled, with 345 people hospitalized with the virus as of Tuesday.