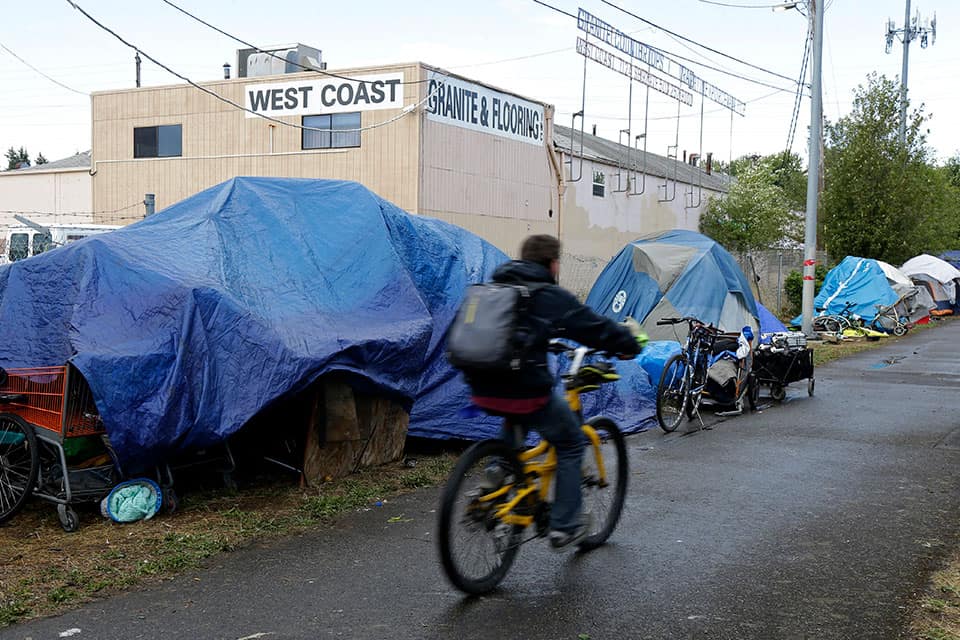 By SARA CLINE Associated Press/Report for America
Published: 04 May 2021

PORTLAND, Ore. (AP) — A lack of adequate shelter beds has long plagued Oregon. It was recently estimated that 10,000 people in the state sleep outside on any given night — a number that has likely increased during the pandemic.

But on Monday, Oregon lawmakers passed a bill that will make it easier and quicker for communities to create emergency shelters and temporary housing. House Bill 2006, which the Senate passed 26-1, will remove barriers to siting shelters by temporarily adjusting land use laws and waiving some design, planning and zoning regulations.

“Multiple cities have come out in support of the bill because they recognize the need in their communities — in every community — for us to take steps toward alleviating the suffering of our neighbors who have lost their housing," Sen. Deb Patterson, a Salem Democrat, said during the Legislature's floor session.

“It should not take an emergency for us to recognize this need. But we are in an emergency now. We must act.”

Shelters would still be required to comply with certain building codes along with meeting public health and safety requirements.

A similar bill was passed in June but expired after 90 days. The new bill, which is awaiting consideration by Gov. Kate Brown, would expire in July 2022, although shelters could remain open.

“Sleeping outside is not safe, and providing an opportunity for safety either in shelter or an affordable home is critical,” Alison McIntosh, a spokesperson for the Oregon Housing Alliance, said in her testimony on the bill.

Oregon has one of the highest rates of unsheltered homelessness — with many people sleeping outside, in a tent or a car.

The state's 2019 point-in-time count, a yearly census — of sorts — of the state's homeless population, indicated that nearly 16,000 people were experiencing homelessness in Oregon, with 10,000 were living in unsheltered locations.

Experts say the pandemic and 2020 wildfires have likely exacerbated the situation.

Increased obstalcles during the pandemic

One of those who has seen the problem firsthand is Will White, vice chair of Hood River Shelter Services, a nonprofit that provides a winter warming shelter in the Columbia River Gorge and the only emergency shelter in Hood River County.

White said, in his written testimony in support of the bill, that the group provides supportive services and shelter — bunk beds in a confined space in the basement of a church — to around 90 people.

“With the arrival of the coronavirus pandemic in the spring of 2020, the confined indoor model was no longer safe."

White said that on the final day the 2020 emergency shelter bill was in effect, a church voted to allow the nonprofit to set up modular shelters in its parking lot.

“If this church had not welcomed our program, anyone without housing last winter would have been sleeping on the streets, in a car, or in a tent hidden somewhere in the woods,” White said.

But the agreement with the church was only for a year. White said he is hopeful that with the passage of the new bill, it will not only allow the nonprofit to secure a site for next winter but hopefully a long-term location.

"No one should have to spend the cold winter living in a tent because they have no better alternative they can afford,” he said.