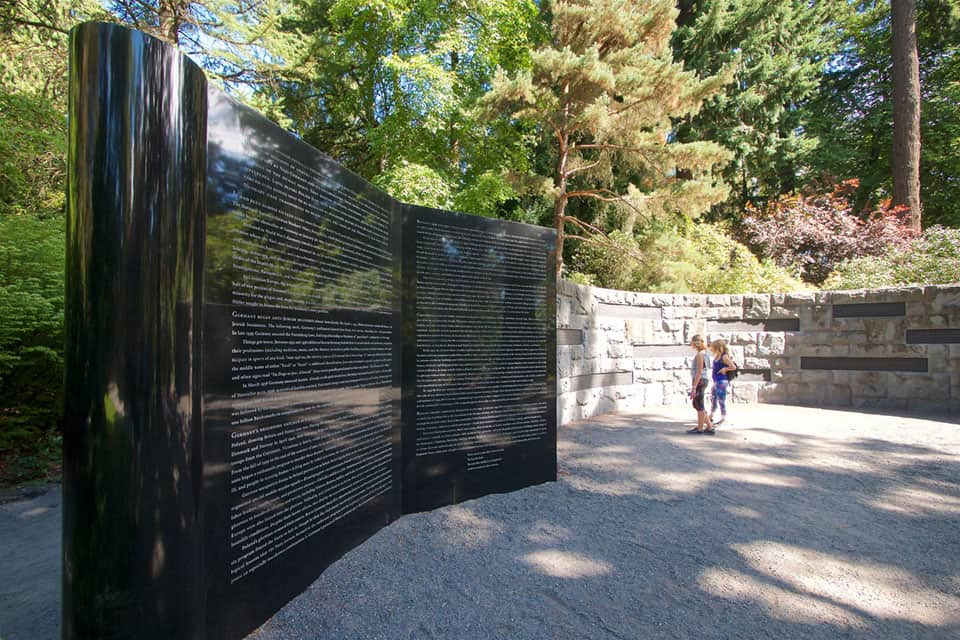 PORTLAND, Ore. (AP) — The Oregon Holocaust Memorial in Portland has been defaced by anti-semitic graffiti.

The vandalism, which included spray-painted swastikas and other neo-Nazi symbolism, was discovered late Sunday on the memorial in the city’s Washington Park, The Oregonian/OregonLive reported Monday.

The Portland Police Bureau is investigating and ask surrounding residents to review their security camera footage for signs of the perpetrators.

The memorial was dedicated in 2004 and includes the engraved names of people who died in the camps, as well as their surviving relatives who live in Oregon and southwest Washington.

More information about the Holocaust Memorial can be found on The City of Portland's page.