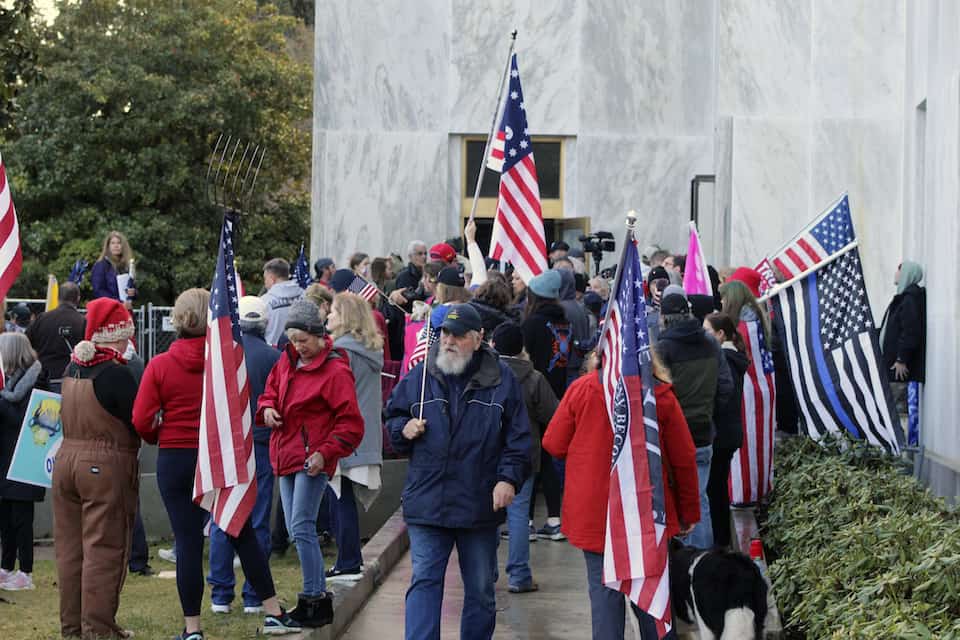 SALEM, Ore. (AP) — Prosecutors levelled two criminal charges Friday against a Republican member of the Oregon House of Representatives who let far-right rioters into the state Capitol in December.

Rep. Mike Nearman was charged with official misconduct in the first degree and criminal trespass in the second degree. Oregon State Police struggled to force the rioters back out of the Capitol, which was closed to the public, on Dec. 21 as lawmakers met in emergency session to deal with economic fallout from the coronavirus pandemic.

Marion County Deputy District Attorney Matthew Kemmy told Nearman's attorney, Jason Short, in a letter Friday that his client must appear in court on May 11 or face arrest.

Short was out of his office late Friday afternoon and not available for comment. Nearman did not immediately respond to phone and email messages seeking comment.

Nearman had been seen on security cameras letting violent protesters into the Oregon State Capitol. They attacked authorities with bear spray. Outside the building, some of the protesters assaulted reporters and broke glass doors on the marble sheathed Capitol. The state police investigated the case.

In January, after Nearman's role became clear from the security footage, House Speaker Tina Kotek called for his resignation and stripped him of his committee assignments.

“Rep. Nearman put every person in the Capitol in serious danger,” Kotek said on Jan. 11. She referred to the deadly storming of the U.S. Capitol that had occurred just days before, on Jan. 6, by supporters of then President Donald Trump.

“As we tragically saw last week during the insurrection at the United States Capitol, the consequences (here) could have been much worse had law enforcement not stepped in so quickly," Kotek said.

According to court records, the misconduct charge alleges Nearman, who is from the town of Independence west of Salem, “did unlawfully and knowingly perform an act ... with intent to obtain a benefit or to harm another.”

The charge is a Class A misdemeanor, punishable by a maximum 364 days in prison and a $6,250 fine.

The trespass charge accused him of unlawfully letting others into the Capitol. It is a Class C misdemeanor, punishable by a maximum of 30 days in jail and a $1,250 fine.