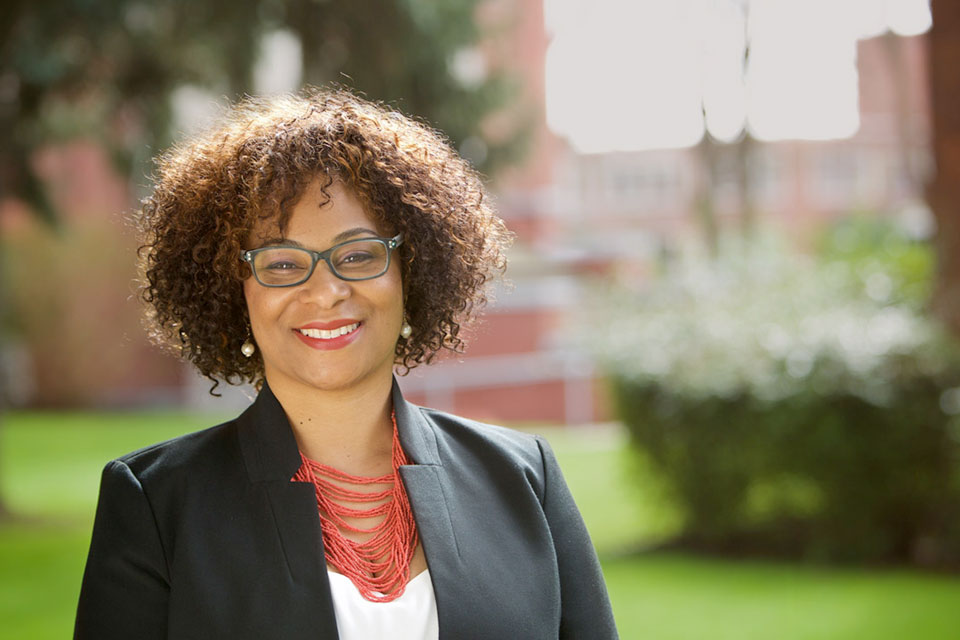 A package of nine police reform bills aimed at increasing public safety and consistent law enforcement standards made it through the Oregon House on Monday and is headed to the Senate.

Rep. Janelle Bynum (D-Clackamas), chair of both the state House Committee on Judiciary and the Judiciary House Subcommittee on Equitable Policing, described a deliberate process in addressing the flaws in the state’s policing systems.

“People may think we should just put forth very sexy proposals that are in the news, like qualified immunity or use of force,” Bynum told The Skanner. “What they fail to understand is there’s this whole underlying foundation that was like a ball of yarn, it needed to be untangled. It’s also why we’re fighting to keep the bills as packages.”

Many bills seem drafted in direct rebuke to the manner of George Floyd’s murder at the hands of then-Minneapolis police officer Derek Chauvin, including new educational requirements on child and adult respiratory systems, and duty to provide care for those in custody who appear to be in medical distress. But others aim to codify basic decency in police stations and patrol.

Bynum emphasized the goal was to create “foundational work, not politically expedient work.”

Prior to last year, “We had been working on police reform with Sen. Frederick (D-Portland), and had been consistently frustrated because the bills would die,” Bynum told The Skanner. “And I think that was from outside pressure and people just not understanding the urgency.”

That changed with consistent city and nationwide protests over Floyd’s killing, which sparked greater conversation and awareness outside the BIPOC community of flaws in systems of law enforcement. That, paired with an increase in legislators of color, strengthened the clout of the state legislature’s BIPOC Caucus.

Earlier this year, Bynum dropped a potential challenge for House Speaker Tina Kotek's seat in exchange for staff increases for the BIPOC Caucus and other changes that would encourage better diversity in the legislature.

“The BIPOC Caucus has just kind of gelled as a group this year,” Bynum said.

“I would say in the past 12-18 months. Senator Frederick had been doing a lot of this work himself for quite some time. When we came in in 2017 as a pretty large freshman class of BIPOC legislators, we made a conscious decision to help each other pass bills between the chambers.” 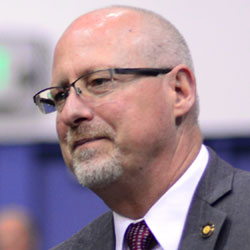 “(The BIPOC Caucus) really as a group have this principle about the collective, and how we help one another, and there’s less ‘I’ in the group, and more ‘we,’” Bynum said. “So now translate that to how I've been able to take the ‘we’ and build coalition. Rep. Noble and I agreed that we would carry the bills together. We agreed that we would not hide anything from each other, we would show each other amendments we were proposing. Transparency was huge.”

Bynum emphasized that their approach to police reform was not adversarial toward officers and agencies.

“The last piece is trying to build coalition within all of the different stakeholders: the Fraternal Order of Police, (Oregon Coalition of Police & Sheriffs), Portland Police Bureau, the Oregon State Troopers -- all of those labor unions have been involved in our conversations on a regular basis,” she said.

“The chiefs and sheriffs associations have been involved.

"The cities and counties have been involved.

"I didn’t want to hush anyone.

"And the people who do the job know the job best, so I had to give them an outlet. I had to create some sort of safe space for them to tell me what’s really happening. And they do.”

Bynum added, “Some people have asked or have wondered why there hasn’t been a whole lot of shots being fired across the bow from police officers. It’s because they’re getting some things that needed to be changed all along.”

The following nine bills passed through the House on April 26 and now head to the Senate:

During police interactions, officers must immediately call for emergency medical services for any restrained person who appears to have trouble breathing or who is suffering cardiac issues. Police officers are now required to be certified in cardiopulmonary resuscitation, and to maintain training on airway and circulatory anatomy.

Record-keeping of police misconduct has been inconsistent at best. HB 2929 clarifies that any officer who witnesses another officer’s behavior that is in violation of minimum standards for "physical, emotional, intellectual and moral fitness for public safety personnel," as specified under state code, must report it within 72 hours. Units, and in some cases the Bureau of Labor and Industries (BOLI), must then follow up with an investigation.

The bill also creates a database of such reports that will be maintained by BOLI.

“We found out they’re using very basic and primitive systems to track (misconduct charges), systems that are easily subject to tampering,” Bynum said. “Some officers told me that when they would go up for a promotion, the ‘good old boy network’ would wipe out other people’s misconduct records, but theirs would still be there.

"They would clean people’s files, scrape their files.

"And so that was one of the driving forces on the misconduct records bill.”

Strengthens and makes uniform the hiring process for law enforcement officers, specifying that qualifying criteria must include a consideration of the applicant’s character. Departments must have rules that prohibit officers from engaging in racist behaviors, and must establish policies against inappropriate speech and actions among officers and reserve officers.

Law enforcement agencies will also be allowed to request access to job candidates’ personal social media accounts as part of the hiring process -- a practice which is prohibited for other groups in Oregon.

“One of the things that frontline officers told me, as well as the chiefs and sheriffs, was that background checks across the state were not consistent,” Bynum told The Skanner. “Chiefs and sheriffs say they didn’t have access to social media accounts (during the hiring process), and I think that’s why it’s so important to include change from the inside.”

“By building in public trust through challenging people’s engagement with hate groups and racial supremacy groups, that’s how we start to make shifts in a more real way. We have to say that’s not okay. You can think whatever you want, but as a police officer, that’s not something that we want on our force.

"You are free to think what you want, you’re just not free to work here.”

Mandates law enforcement training on how to identify, report and investigate crimes that target individuals based on the perception of their gender.

Gives victims cause to pursue civil court action against someone who has improperly disclosed their personal information, including their home address and employer information. The practice of doing so is often referred to as “doxxing,” recognized as a revenge tactic that is often carried out online. Effective on passage.

Cancels the requirement that law enforcement officers arrest unlawfully gathered protestors or rioters who do not comply with orders to disperse.

Limits the circumstances in which law enforcement may arrest someone on the charge of "interfering with a police officer.” An individual can no longer be arrested simply for refusing to obey a police officer, absent another crime. Effective on passage.

Limits the circumstances under which law enforcement agencies can release booking photos, or “mugshots,” of someone who has been arrested. Instead of making photos readily available online where for-profit mugshot websites and publishers can acquire and repost booking information, agencies can only share such images with certain parties under certain circumstances, generally where there is an argument for public or victim safety, or if the person is later convicted of the crime for which they were booked. Strengthens recourse for individuals whose booking photos end up in for-profit mugshot publications and websites.

Requires law enforcement officers who are working in crowd control to wear individual identification on their uniforms, provided they are serving in a city with a population of 150,000 or more. Officers are also required to provide identifying information when it is requested by a member of the public. The bill would not apply to Oregon State Police. Effective on passage.

The package is only part of an ongoing reform effort. Earlier this month, the House passed a bill Bynum cosponsored that would govern if and how law enforcement agencies can obtain surplus military equipment. Widely seen as an effort to demilitarize police, HB 2481 bans police from obtaining armored or weaponized unmanned aircraft systems, grenades, firearm silencers and any aircraft that is meant for combat. In order to buy or accept other forms of military surplus, the law enforcement agency must get written approval from the governing board of county commissioners, city council or tribal body.

HB 2204, which would address the issue of qualified immunity for law enforcement officers in civil suits, will likely be considered this year.

“What we found nationally is that these municipalities essentially, in order to pay off settlements, use their self-insured fund, which is taxpayer-funded, or they’ll shift monies around in their general budget, and bond out other things that should be paid for,” Bynum said. “So they call them police brutality bonds. So the question is, who is really bearing the responsibility of employee actions that are harming people? We realized we were getting into tort reform, but the basic values are that

the state and your government shouldn’t have the right to hurt you and walk away.”

Bynum said she has approached much of these reform efforts from the standpoint of an employer trying to attract the best talent. That doesn’t mean the reforms haven’t met resistance.