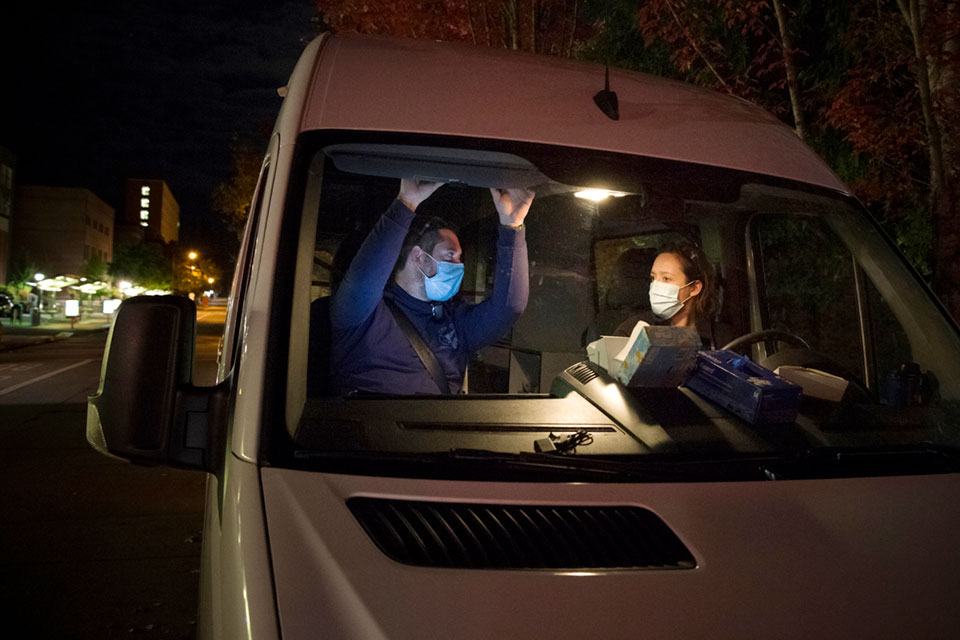 WASHINGTON (AP) — When police respond to a person gripped by a mental health or drug crisis, the encounter can have tragic results. Now a government insurance program will help communities set up an alternative: mobile teams with mental health practitioners trained in de-escalating such potentially volatile situations.

The effort to reinvent policing after the death of George Floyd in police custody is getting an assist through Medicaid, the federal-state health insurance program for low-income people and the largest payer for mental health treatment. President Joe Biden's recent coronavirus relief bill calls for an estimated $1 billion over 10 years for states that set up mobile crisis teams, currently locally operated in a handful of places.

Many 911 calls are due to a person experiencing a mental health or substance abuse crisis. Sometimes, like with Daniel Prude in Rochester, New York, the consequences are shocking. The 41-year-old Black man died after police placed a spit hood over his head and held him to the pavement for about two minutes on a cold night in 2020 until he stopped breathing. He had run naked from his brother’s house after being released from a hospital following a mental health arrest. A grand jury voted down charges against the officers.

Dispatching teams of emergency medical technicians and behavioral health practitioners would take mental health crisis calls out of the hands of uniformed and armed officers, whose mere arrival may ratchet up tensions. In Eugene, Oregon, such a strategy has been in place more than 30 years, with solid backing from police.

The concept “fits nicely with what we are trying to do around police reform,” Eugene Police Chief Chris Skinner said. The logic works “like a simple math problem,” he adds.

“If I can rely on a mechanism that matches the right response to the need, it means I don't have to put my officers in these circumstances,” Skinner explained. “By sending the right resources I can make the assumption that there are going to be fewer times when officers are in situations that can turn violent. It actually de-conflicts, reducing the need for use of force.”

“By sending the right resources, there are going to be fewer times when officers are in situations that can turn violent."

Eugene is a medium-size city about 100 miles (160 kilometers) south of Portland, known for its educational institutions. The program there is called Crisis Assistance Helping Out On The Streets, or CAHOOTS, and is run by the White Bird Clinic. CAHOOTS is part of the local 911 emergency response system but operates independently of the police, although there's coordination. Crisis teams are not sent on calls involving violent situations.

“We don't look like law enforcement,” White Bird veteran Tim Black said. “We drive a big white cargo van. Our responders wear a T-shirt or a hoodie with a logo. We don’t have handcuffs or pepper spray, and the way we start to interact sends a message that we are not the police and this is going to be a far safer and voluntary interaction.”

CAHOOTS teams handled 24,000 calls in the local area in 2019, and Black said the vast majority would have otherwise fallen to police. Many involve homeless people. The teams work to resolve the situation that prompted the call and to connect the person involved to ongoing help and support. 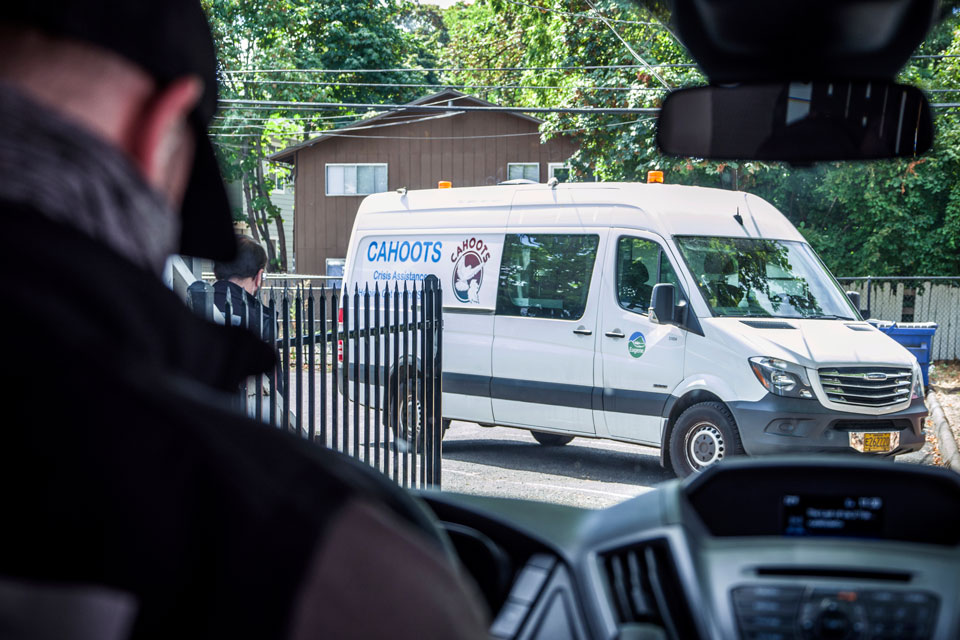 In this Sept. 2020 photo, Emergency Medical Technician (EMT) Christian Hawks with CAHOOTS, a mental health crisis intervention program, prepares for an afternoon shift in Eugene, Oregon. When police respond to a person gripped by a mental health or drug crisis, the encounter can have tragic results. Now a government health program will help communities set up an alternative: mobile teams of practitioners trained in de-escalating such potentially volatile situations. (William Holderfield via AP)

At least 14 cities around the country are interested in versions of that model, said Simone Brody, executive director of What Works Cities, a New York-based nonprofit that tries to promote change through effective use of data.

“It's really exciting to see the federal government support this model,” Brody said. “I am hopeful that three years from now we will have multiple models and ideally some data that shows this has actually saved people's lives.”

About 1,000 people a year are shot dead by police, according to an analysis by the Treatment Advocacy Center, which examined several publicly available estimates. Severe mental illness is a factor in at least 25% of such shootings, it estimated. The center advocates for improved mental health care.

Mobile crisis teams found their way into the COVID-19 relief bill through the efforts of Oregon Democratic Sen. Ron Wyden, who chairs the Finance Committee, which oversees Medicaid.

“Too often law enforcement is asked to respond to situations that they are not trained to handle,” Wyden said.

“On the streets in challenging times, too often the result is violence, even fatal violence, particularly for Black Americans.”

Wyden's legislation includes $15 million in planning grants to help states get going. The Congressional Budget Office estimates the program could take a couple of years to fully implement. Wyden said the $1 billion is a “down payment” on what he hopes will become a permanent part of Medicaid.

The idea may be well-timed, said Medicaid expert MaryBeth Musumeci, of the nonpartisan Kaiser Family Foundation. The coronavirus pandemic has worsened society's pervasive mental health and substance abuse problems. At the same time, protests over police shootings of Black people have created an appetite for anything that could break the cycle.

“All of those things coming together are putting increased focus on the need for further developing effective behavioral health treatment models,” Musumeci said.

In Rhode Island, nurse turned malpractice lawyer Laura Harrington is helping coordinate a grassroots campaign to incorporate crisis teams into the state's 911 system. She said she's been surprised at the level of interest.