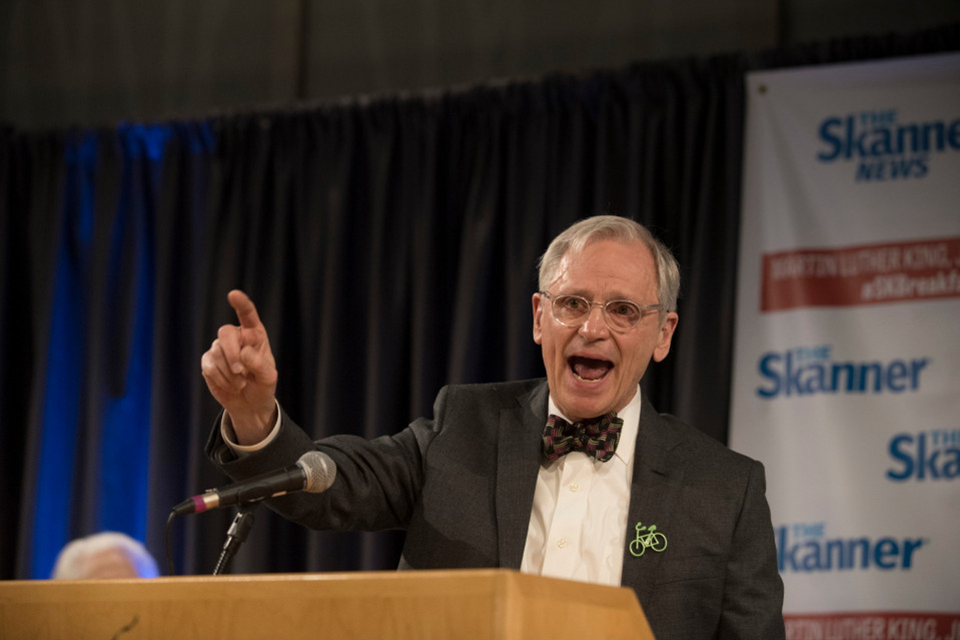 WASHINGTON, D.C. – Today, U.S. Rep. Earl Blumenauer (D-OR), a senior member of the House Ways and Means Committee, introduced the Superfund Reinvestment Act to require polluters to pay for the cleanup of toxic and hazardous waste sites throughout the United States.

For nearly three decades, petrochemical industry polluters have enjoyed environmental liability protections without paying into the Superfund Trust Fund, which has depleted the fund, unfairly shifted costs to taxpayers, and brought some Superfund cleanup efforts to a near stop. The legislation introduced by Blumenauer would reinstate this tax, something that President Biden identified as a top priority as part of a major infrastructure package.

“This administration understands that we cannot rebuild and renew America in an equitable way when we have hundreds of Superfund sites that are not getting cleaned up, most of which are in communities of color and low-income neighborhoods. With the support of President Biden, the landscape is more favorable than it has been in 30 years to revoke the unjust handout that Republicans gifted to some of the country’s most egregious polluters,” Blumenauer said. “By renewing the Superfund tax, the industries that had a hand in creating the problem – not taxpayers – will once again be held accountable for cleaning it up. More importantly, we can put tens of thousands of people to work by investing in the cleanup of these polluted sites.

"It’s a common-sense and long-overdue way to benefit the environment, local communities, and the economy.”

Superfund, the federal government’s program for cleaning up the nation’s worst hazardous waste sites, was originally financed primarily through taxes on petroleum products, chemicals and corporate income. Since Republicans allowed these “polluter pays” taxes to expire in 1995 – while continuing to allow companies to enjoy liability protections – the Trust Fund has been depleted and the funding for the cleanup of sites has been shifted to the American taxpayer. The lack of adequate funding has led to delays in remediation and further harm for communities.

The Superfund Reinvestment Act would, among other things:

A 2010 estimate found that revenue garnered from these taxes would be about $1.7 billion per year and $18.9 billion over 10 years.

The EPA estimates that one in four Americans lives within four miles of a hazardous waste site. Superfund sites are some of the most contaminated of these waste sites in the nation, and often threaten exposure to toxic waste such as arsenic, benzene, PCBs, mercury and a range of solvents, leading to health problems such as infertility, low birth weight, birth defects, leukemia and respiratory difficulties. Communities adjacent to these sites can face restrictions on water use and recreational activities as well as economic losses as property values decline due to contaminated land.

“Superfund sites threaten public and environmental health across the country, and those sites could be cleaned up faster with adequate funding,” said Energy and Commerce Committee Chairman Frank Pallone, Jr.

“Americans should not be paying for the mistakes of corporate polluters with their tax dollars and their health.

"Congress must force corporate polluters to replenish the necessary funds by holding them accountable for environmental degradation. I’m thankful for Congressman Blumenauer’s work on this important issue. Together, we can protect hardworking families from having to pay for the misdeeds of corporate polluters and protect the health of all Americans for generations to come.”

“For decades now, oil and gas companies and other polluters have escaped responsibility for cleaning up their messes after Congress allowed the Superfund fee to expire, leaving taxpayers to foot the bill and too many communities suffering impacts to their health and environment from hazardous pollution,” said Madeleine Foote, Deputy Legislative Director for the League of Conservation Voters. “It is way past time to reinstate the Superfund fee, and we thank Representative Blumenauer for his leadership and commitment to ensuring polluters pay and all communities have clean air to breathe, safe water to drink, and healthy environments to live in.

"We urge Congress to take swift action on this legislation and finally hold polluters accountable.”

Full text of the legislation introduced today by Blumenauer can be found here.