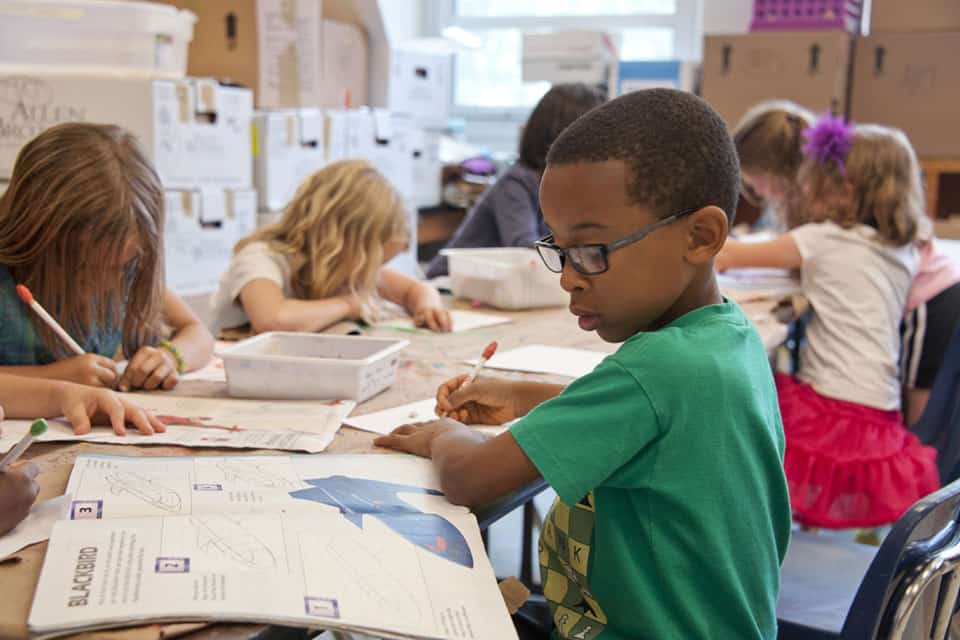 By April 19, public schools in Oregon must offer a hybrid of remote and in-class learning, or full in-person classroom schedules. 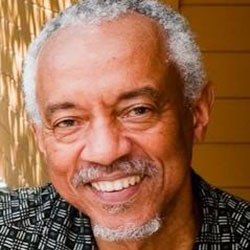 Ron HerndonYet it is unlikely that everyone will be eligible for vaccines by that date, and with the last day of school scheduled for June 11, many question returning to physical classrooms. Communities of color, hit hardest by the pandemic, are wary of sending children back at a time when Black and Latino Americans are currently about twice as likely to die after tracking coronavirus, and account for a disproportionate amount of cases. Due to distrust and access issues, the rate of vaccination among Black Americans lags far behind that of Whites.

And not every educational program can afford to accommodate Gov. Kate Brown’s mandate. Albina Head Start Director Ron Herndon says his early childhood development program would not be offering services in-person yet.

“Given the prevalence of the virus and the communities we serve, and problems with many, many people not being able to get vaccinated,

we would be playing Russian roulette with people’s lives,” Herndon told The Skanner.

The federal Centers for Disease Control (CDC) emphasized the relatively low transmission rate among students in class when proper protective measures, like mask-wearing and maintaining distance, are adhered to. Yet outbreaks have occurred, most recently at 69 different schools in the state of Michigan accounting for 296 cases of the virus, a trend that appears to be growing with each week.

A CDC survey also found a large variation in how parents felt about sending their kids to school when accounting for race. While 62% of surveyed White parents agreed schools should reopen for in-person learning this fall, only 46% of Black parents were of the same opinion. Nearly 92% of Black parents reported significant reservations about students following health and safety protocol.

The Oregon Department of Education detailed its focus on safety through its Ready Schools, Safe Learners guidance, which recommends daily screenings and maintaining at least three feet of distance between students. 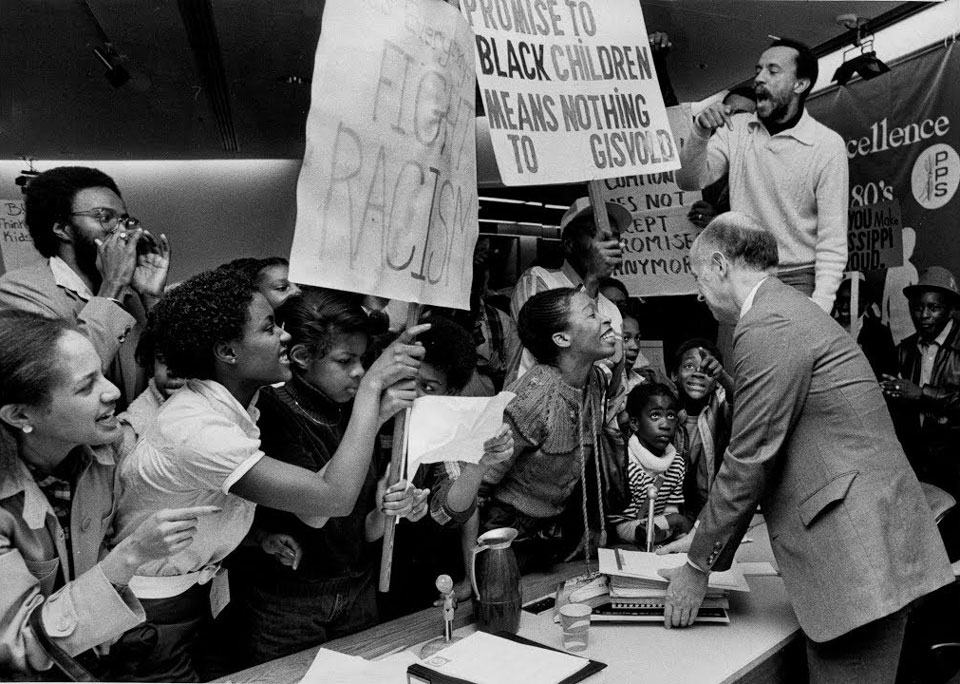 Albina Head Start director Ron Herndon has a long career advocating for Black students and equitable education in Portland. He says that for health and safety reasons, his program is not ready to re-open classes. Herndon pointed out that the CDC recommendation that students remain at least three feet apart in class is unrealistic for the age group Head Start serves.

“We have services for children birth through five, so you have classrooms where staff are handling babies and toddlers,” he said. “There is no ‘three feet apart.’ They’re picking them up, holding them, changing them. And even with young children, I don’t know how you keep young children three, four years old, three feet apart. And they want to be comforted. There are times they want to be held, especially given the amount of time they've been out of the classroom. There will be separation problems, crying at the door.

"It would be very difficult for staff to watch children cry and not pick them up.”

The program’s staff is about 85% Latino and Black, which is reflective of the families served by Albina Head Start -- and also two communities hit hardest by the impact of the virus, due to economic and systemic inequities in health care.

“We serve approximately 1,000 children and families, we have a staff of about 330, and nearly 20% of our staff has contracted the virus, or had to quarantine because someone close to them contracted it,” Herndon said. “We think it would be a danger for our staff and our families were we to offer in-person services until the two groups that we primarily serve are much better protected.”

Of particular concern are intergenerational households, where older relatives have been at greater risk from covid-19.

“We’ve had several large family transmissions of the virus,” Herndon said. “When you ask us all for in-person services, you would risk us becoming a super-spreader site. We have 25 different sites spread out from north Portland to southeast Portland, with probably 50 or 60 different classes.”

Herndon said that main funding sources, which include Oregon Dept. of Education's Early Learning Division, have been understanding of the decision.

”I think we would all prefer in-person services,” he said. “It’s a much more controlled environment, longer adult-child interaction, more focused.”

The Kids You Need to Be in Front of

Bobby Bridges Jr., director of school-based programs at the Black Parent Initiative, said the parents he worked with were facing difficult decisions on sending their kids back to school.

“It’s been a mix,” Bridges told The Skanner. “I have some parents who feel that the online school obviously isn’t working for their student, so there’s this feeling that the system that’s currently in place isn’t working as well as they hoped. Being in school always is the best course to making sure your student is getting the education that’s needed. At the same time, is it going to be safe? Parents feel like they’re on the fence about this.”

Bridges said BPI has been working with Lane Middle School to conduct a survey of Black parents regarding how secure their students feel in school, inquiring about feelings of physical and emotional safety, as well as whether they feel their race or culture is respected. The survey is part of Lane’s efforts to “revamp how they show up for African American families and students,” he explained.

“When you throw Covid in there, physical safety becomes a different thing,” Bridges said.

Not surprisingly, Black parents who felt they had a better relationship with the school tended to feel more positively about returning to in-person learning, Bridges said.

“At this point, there are a lot of kids that are falling through the gaps even more so now than ever before. Or you actually have kids who were failing before who are successful now, because the routine wasn’t working for them,” Bridges said, leading to what he feels is an important question post-pandemic: “Does the education system need to consider the choices there are for students because not everyone has the same needs, the same schedule?

"If (remote learning) works best for some kids, should they be able to do that?”

“For instance, literacy is one of the things we’re focusing on with kids, and so a lot of the things we’re seeing is that it’s not so much that the kid can’t read, it’s more how they’re being taught,” Bridges said. “So when they have that homework, we’ll do 30 minutes literacy, then 30 minutes homework. We have standing communication with the schools, teachers, about where students are having difficulties and how we can support them. We’re trying to make sure, if nothing else, that we are supportive to the school, the student’s education, the parents -- it’s a triad.”

But BPI educators have seen the disadvantage to remote teaching as well.

“Before November hit, we were doing some in-person Covid protocol lessons,” Bridges said. “Those kids were flying. There was a young man who was written off, his mom was told he had to take a ‘special class,’ that he should be held back. And he was reading within two weeks. But then as soon as we had to jump to this online version, everything went down.

The kids that we serve are not the kids that have the best attention span, these are the kids you need to be in front of.”

Each week, Albina Head Start distributes about 300 food baskets and 500 one-month supplies of diapers and sanitizer, holds Zoom calls with families, and offers virtual material for parents to access online. Postpartum visits with new mothers are held virtually, and staff keep in touch with parents about the services offered.

“I would never suggest that (providing services remotely) is ideal,” Herndon said. “But given our population and the way the virus has spread among our staff and parents, in-person services are even worse at this point. When I hear a case of 17 members of a family that contracted the virus, that’s not abstract for us. We’ve had staff that have had to be hospitalized. Those are real lives.”