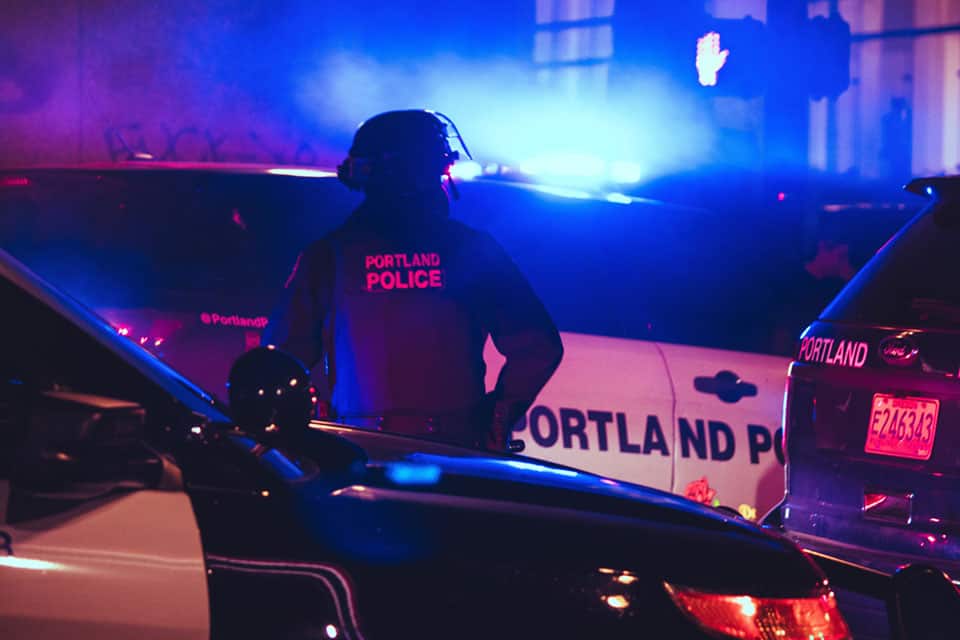 They were proposed after an apparent information leak intended to damage a city commissioner.

“We want to make sure we’re above reproach,” Turner told the newspaper this week.

“We want to make sure we continue to build trust in the community.

"We don’t want anything to mar the good work that police officers are doing on a daily basis.”

The remarks are a rare case of restraint for Turner, who once called Portland a “cesspool” and who regularly launched verbal fusillades against the mayor and others for their public safety stances.

The latest comments may also signify the political uncertainty Portland’s police force faces as a racial justice reckoning has changed public expectations for policing, the election of more politicians of color has altered who is heard on policy and the police union must negotiate a new contract with the city.

A report earlier this month that mistakenly identified City Commissioner Jo Ann Hardesty as the driver responsible for a minor hit-and-run collision surfaced publicly within hours. Hardesty, a longtime police critic, was cleared later that day as a suspect.

Wheeler, who also serves as police commissioner, called for an outside review of the leak which prompted a typical scathing police union response.

“It’s unconscionable for the mayor to prioritize a case of mistaken identity over the legitimate community concerns like nightly shootings, violence, arson and vandalism,” wrote its then-president Brian Hunzeker.

Hunzeker, who became union head in November, also criticized Hardesty for previous inflammatory remarks she had made about the Portland police.

Last week, Hunzeker abruptly resigned from the Portland Police Association because of a “serious, isolated mistake” in connection to a leaked report, the union said in a statement.

The resignation announcement did not describe Hunzeker’s misstep.

Meanwhile, the city has hired the OIR Group, a Los Angeles-based firm specializing in police reviews, to conduct an investigation into the leaked report, Wheeler and Hardesty said in a statement.

The city is also finalizing details of a broader probe into potential political and racial bias within the police bureau, said Jim Middaugh, a Wheeler spokesman.