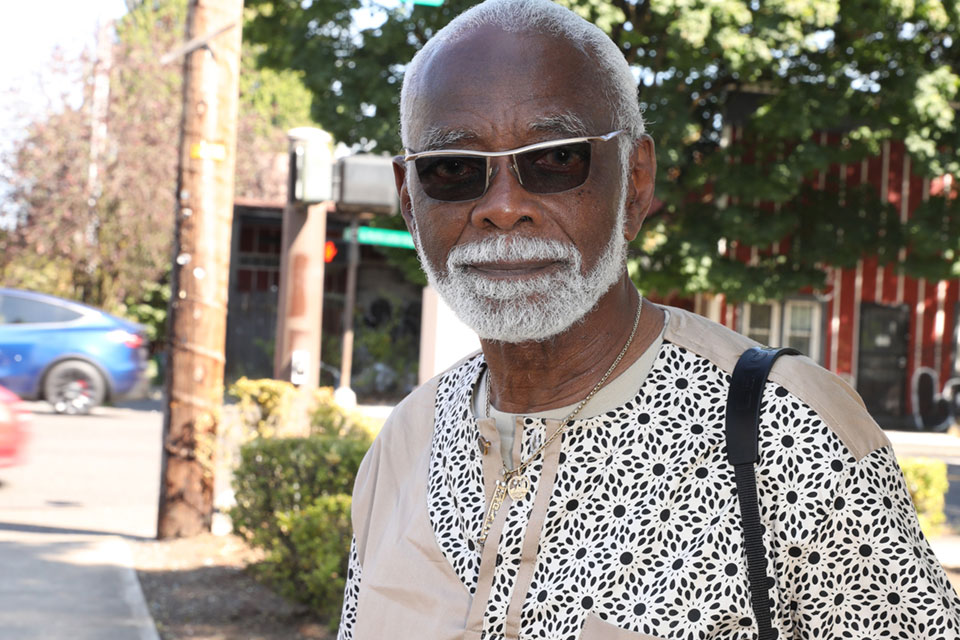 Richard Brown has been a longtime presence at police forums and law enforcement training. To make sure this kind of community work continues, he sat down to demystify activism.

Originally from Harlem and now retired from the Air Force, Brown wrote This is Not For You: An Activist's Journey of Resistance and Resilience. Co-authored by Brian Benson, the book is part memoir, part guide to community involvement.

The Skanner spoke with Brown about self-care in activism, the simple act of getting involved, and why, at 82, he still commutes to Salem multiple times a week.

This interview has been edited for length and clarity. 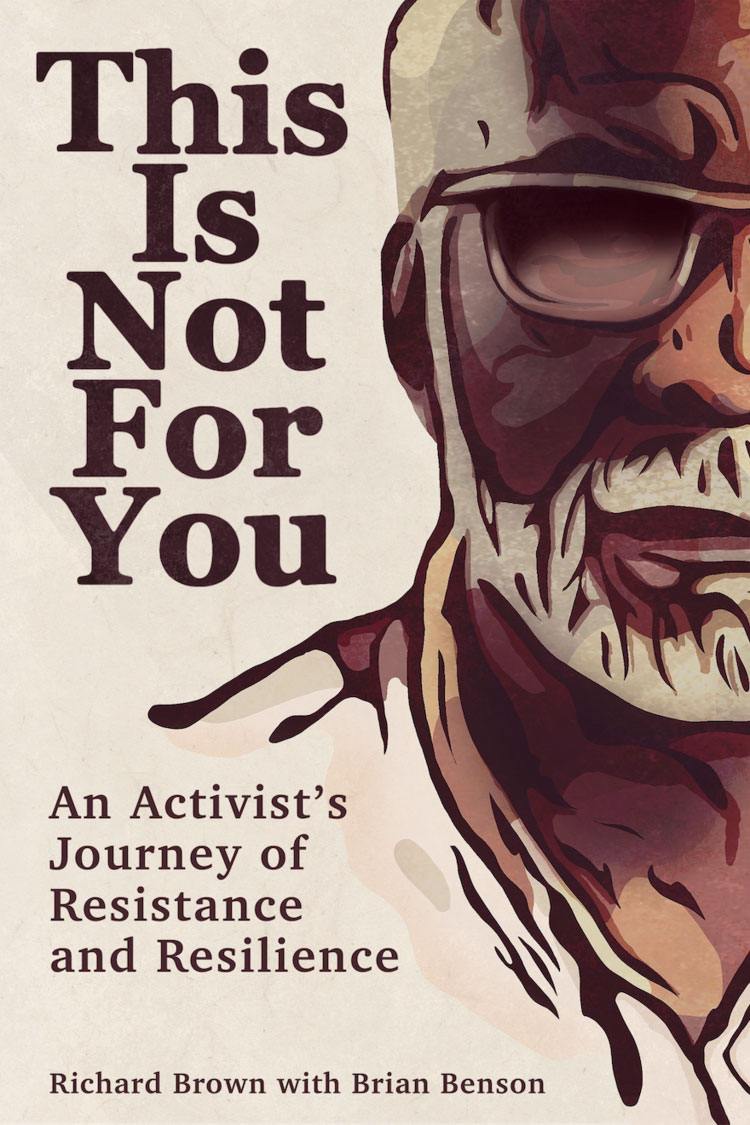 The Skanner News: Distilling your life experience and extensive work into a memoir is a daunting task. What inspired you to do it now?

Richard Brown: For me, at least, it didn’t start out as a memoir. My only concern was getting people to carry on the work. I put in a lot of time down at the police academy, down at (Oregon Department of Public Safety Standards and Training), where they train all the police in the state.

One of the things that I found as I tried to get people to look at involvement was people thought they had to do it my way. The challenge was convincing people you get in where you fit in, where you feel comfortable, that's where you go.

I retired from the military, so it was pretty structured the way you did things. I thought, well, I could come up with a checklist of the things that are required to move forward as an activist, a one-page leaflet that had these steps you had to go through. After being introduced to writer Brian Benson, it turned out to be more than just a checklist. He’s a writer, he wanted to get some idea who I was. Before I knew it, we were talking about my childhood, we were talking about my time in the service, the years that have passed.

It just turned into this eye-opening, for me, body of work.

It wasn’t about necessarily writing a memoir, it was about trying to figure out how to put down on paper what people need to do, what they need to think about to become an activist, and how you stay with it for so long.

I was a member of the Black United Front, and as we were getting older and learning to get more conservative, or more efficient with our time, people went different ways, still in the movement, but doing specific things. For me, it was community police work.

TSN: So much of your work has to do with actual law enforcement training. How did you become involved with DPSST?

RB: (After facilitating weekly meetings of Hope and Hard Work in Portland for 14 years), I was asked to sit on the board of DPSST and I jumped to that because every time there was a crisis, training was always a remedial action. I always felt like, what are these men and women learning, that their education doesn't include some of these things? When I was in the Air Force, I was in missiles, and we did not wait for a missile to blow up before we tried to prevent it.

But when I got down to the academy, unlike most directors, I went to sit in on their classrooms.

I went down to the academy three, four, five times a week, just to sit in on their classes.

I’ve been going down there now for 14 years. And I found that when an issue happens the agency, like Portland, decides we’re going to train to correct this problem. That doesn’t mean they go back to the training academy. That’s done in-house.

I think training should be standardized...Down there, my issue has been, how do we get these folks more information? And what do we get rid of? And there’s not a lot you can get rid of.

TSN: How can training agencies like DPSST better address race and bias among law enforcement?

RB: The one thing I wanted it to have was issues of race, of community weaved through the whole (16-week training program) from day one to the end of the training. And that didn’t happen. They had a block that dealt with race for two or four hours. But that was it. It wasn’t weaved through the training. So I was going to make sure that happened by being in those classrooms.

I think that has a lot to do with the reason I stay down there. You need the folks outside screaming, because now when they’re out there screaming, the people inside have got someone to interpret what they’re screaming about.

So all of the problems, all of the biases, all of the attitudes, they have the same ones we have. And implicitly they can have these things, but never had the opportunity for those biases to present themselves. Because when you’re around people that are like you, the biases may be common…And as soon as you’re in a situation where you’re able to match an action with your bias, that’s when it comes out.

I’m glad for the opportunity to be down there to speak when I do, because absent my being there, these are things they’d never know. Or they would ignore or they would not get somebody with a passion about it talking to them. It would be a line in the curriculum, and they’d move on.

TSN: What kind of changes have you pushed for that you have seen implemented?

RB: About 20 years ago, to get through the academy was only about 10 weeks. So in the last 20 years, they changed it to 16 weeks. I helped write the 16-week program that they were doing five or six years before I got there. So it took that long for them to institute it.

TSN: How can activists avoid burnout?

RB: You’ve just got to figure out what it is you’re concerned about. You don’t even have to be passionate about it. You get in there.

When it becomes either too much or not what you thought, you get out.

If you decide to stay, you need to have a plan that says ‘When this gets overwhelming for me, I’m going to step aside.’ You don't keep going when you get beat up. That’s been my secret.

Anytime it gets too heavy for me, I just retreat to those things that I like.

Photography has been the thing that’s always been my respite. I just stop and immerse myself in the photography, and when I feel well again, I get back into what I was doing.

And photography has nothing to do with the book; the photographs don’t relate to anything that I talk about. It’s to show that this is how I did it. When I got stuck, I stopped and took pictures, for no rhyme or reason. And then I got back to it.

So the photographs, they’re done in four galleries. The photographs are just scattered throughout the book. We put them where it would be a good place to stop. But they’re only to show that, haphazardly, I would revert to photography.

Richard Brown spent many years pushing for more Portlanders to take up activism and carry on the work, so it is fitting that when This is Not For You: An Activist's Journey of Resistance and Resilience was released this month, Powell’s quickly sold out of all its copies. More copies are now in stock. To purchase Richard Brown’s book, visit Powells.com.