Boots pounding across a soccer field to the soundtrack of NASCAR race cars. Families eating picnics in a shady arboretum: Those are some of the sights and sounds of Delta Park today. But 60 years ago, a city stood on these green fields – the mostly African American community of Vanport.
Built to house shipyard workers during the war, Vanport was home to about 18,500 people. It had five elementary schools, six day-care centers, a post office, police station, fire station, infirmary and a theater. All of this was to disappear on Sunday May 30, 1948, when the Columbia River broke through a levee on the northwest boundary of the city and buried the city in water — just 24 hours after the anxious community was told they were in no immediate danger. Fifteen people, including at least two children, drowned.
Anyone interested in learning more about Vanport, and about the history of housing discrimination in Portland, can visit Vanport and many other sites of interest by signing up for "Fasten Your Seat Belts; It's Been a Bumpy Ride," a bus tour of Portland's hidden history of housing discrimination. Organized by the Fair Housing Council of Oregon, the tour will celebrate 40 years of the Fair Housing Act. Board chair LeRoy Patten and education director Diane Hess will act as guides.
"We're going to look at a number of areas where housing discrimination has occurred," said Jayme Rabenberg, who works on outreach and education for the housing nonprofit. "We'll look at redlining and see the only are in Portland where African Americans could buy homes, and we'll visit the former stock yards where Japanese Americans were rounded up during the war. There was a gypsy roundup too that not many people know about."
The guided tour will include a breakfast and a luncheon with a panel discussion explaining where we stand today on housing discrimination, and entertainment from the Sermonettes Gospel Singers. 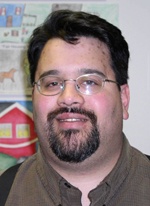 Moloy Good, the council's executive director and Jill Fuglitzer, of the Coalition for a Livable Future, will discuss what's happening in Portland and Sherrill Frost-Brown from National Fair Housing Alliance will discuss fair housing issues arising across the country. The event will culminate in an award ceremony that will honor the winner of the 2008 children's poster competition and other fair housing heroes.
"Anyone who is curious or interested in housing discrimination either historically or today should attend," said Diane Hess. "That could be community activists, landlords, tenants, people with different kinds of social service organizations, students … really anyone with an interest in the topic."
Fair housing laws prohibit discrimination on grounds such as sex, race, color, religion, national origin, disability and familial status such as pregnancy or having children. The Fair Housing council offers free education and information to landlords, realtors and anyone working in the housing field to help them understand the housing laws. Housing laws sometimes are difficult to understand and negotiate, Diane Hess said, so having up-to-date information is key for anyone working in the housing field.
The nonprofit also runs a helpline for anyone who believes they have been on the receiving end of housing discrimination.
"We talk a lot about rentals because that's the vast majority of what we get," Moloy Good told The Skanner. "But fair housing laws apply — and we'll assist with – fighting discrimination in any housing transaction, whether it's rentals, sales, lending, homeowners insurance, any kind of discriminatory practice. The fair housing laws cover all of that."
"Fasten Your Seat Belts; It's Been a Bumpy Ride," the Fair Housing Council of Oregon's guided bus tour of Portland's hidden history of housing discrimination: 8:30 a.m. to 2:30 p.m. on Wednesday, April 30, at the Ambridge Event Center, 300 N.E. Multnomah Street. The cost — $40, or $30 for students or seniors — includes light breakfast, guided bus tour, luncheon with panel discussion and information and entertainment from The Sermonettes.
Register by April 17 at www.fcho.org, by calling 503-412-6000 or by emailing [email protected].