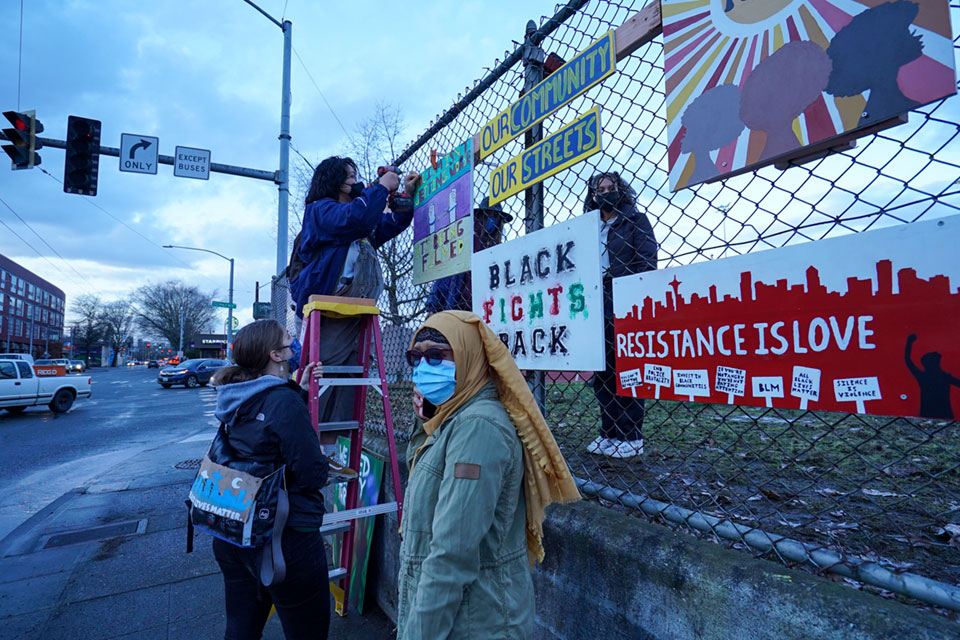 SEATTLE—The Washington Black Lives Matter Alliance today launched “Reparations for Black Lives,” a coordinated push to advance eight bills—part of a package of 17 in total—in the Washington State Legislature before a March 9 deadline.

“This is go time,” said Amber Rodriguez, an Alliance steering committee member who works with Black Lives Matter Tri-Cities. “This has been a historic session in Olympia. These are our next priority bills, and we have come too far with lawmakers this year to stop now.”

In the 2021 legislative session, the Alliance has helped advance dozens of life-saving measures in Olympia. Four bills they opposed have already gone down to defeat, including one that would have instructed police officers on how to choke better.

Now eight of the Alliance's priority measures must be voted by March 9 out of their house of origin—where the bills were introduced, either the House of Representatives or the State Senate—in order to continue moving forward.

The Alliance is calling on supporters and allies to contact their representatives in Olympia and urge them to vote these critical bills closer to a signature from Gov. Inslee. People can sign up for action alerts at blmalliancewa.org.

“We are fighting for the whole of Black life,” said Sakara Remmu, lead strategist for Black Lives Matter Seattle-King County, which founded the WA BLM Alliance.

“When we talk about fighting for the liberation and protection of Black Lives, we mean not only police accountability, but economic and educational opportunity, civil rights, healthy childhoods and more. This is Reparations.”

The public can follow progress on the measures at the Washington BLM Alliance online bill tracker.

The Washington Black Lives Matter Alliance is a non-partisan, statewide coalition launched by Black Lives Matter Seattle-King County. Members from organizations across the state work to eradicate anti-Black racism and all forms of oppression so that Black people and all people can thrive. Its Steering Committee includes leaders from Urban League of Metropolitan Seattle, the Puget Sound Chapter of the Coalition of Black Trade Unionists, Eastern Washington University, Byrd Barr Place, and others.