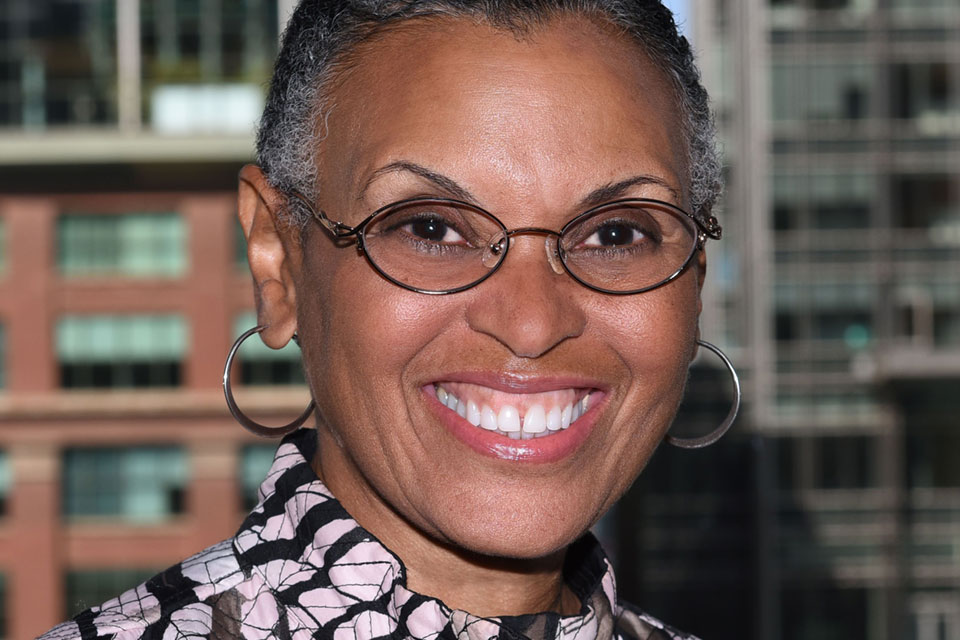 Oregon AARP dismissed Ruby Haughton-Pitts, a highly regarded leader and the first Black woman to head the office, in January after she had served two years. The organization issued no public announcement.

AARP volunteers, many of whom Haughton-Pitts recruited, found out in a Jan. 15 email from AARP West Region Vice President Kim Adler, who stated Haughton-Pitts was no longer with the organization but did not elaborate further.

Now, more than 1,100 supporters of Haughton-Pitts are calling for “Justice for Ruby” in a widely circulated online petition launched by Tricia Tillman. On the petition, supporters made allegations of “misogynoir,” a term used to describe the destructive combination of racism and sexism Black women face. Some described first becoming involved in the AARP due to Haughton-Pitts’ encouragement, only to feel uncomfortable with the organization in the wake of her dismissal.

“On one hand it’s about Ruby,” Tillman told The Skanner. “It’s about making sure that she’s made whole, because this is a fracture.

"It is an attempt to undermine her reputation as a strong, amazing professional.

"So I would like to see that addressed by the AARP, and I'd also like them to acknowledge that they did not live up to their commitment to equity and diversity.

"And I would like to have them identify how they can actually live up to their commitments around equity, diversity and inclusion in Oregon and nationally. Especially now, in a global pandemic, when Black and brown people are dying disproportionately due to COVID. I would like them to make this make sense.”

Senator Ron Wyden's office told The Skanner in an emailed statement, "Senator Wyden’s office will be following up with AARP based on the serious concerns about transparency, racial equity and more that advisory board members raised in their letter, which was copied to the state’s congressional delegation."

Calls to Adler were not returned by press deadline.

Haughton-Pitts was not available to speak with The Skanner about her dismissal, but sources close to her say she has yet to receive an explanation for her termination from AARP Oregon, and that she was blindsided by the move. Sources confirmed she has retained legal counsel.

Seven volunteers whom Haughton-Pitts appointed to an AARP advisory committee voiced their concerns to national AARP CEO Jo Ann Jenkins in a letter dated Jan. 31, calling on Jenkins, who is Black, to investigate the incident. They sent copies of the letter to the Oregon congressional delegation.

To date, they have only received a response from a representative of a human resources consulting firm representing the AARP. She confirmed Jenkins received the letter and that AARP policy prevented the representative from commenting on Haughton-Pitts' confidential personnel information.

Haughton-Pitts was appointed to the position in October 2018, succeeding Jerry Cohen, who had served since 1996 as the only prior president of the Oregon chapter. Haughton-Pitts supervised seven staff members and more than 150 volunteers.

The AARP, formerly called the American Association of Retired Persons, is a nonprofit interest group that advocates for Americans aged 50 and older. The largest nonprofit in the US, the AARP counts nearly 38 million members, about 600,000 of them in Oregon.

Haughton-Pitts had previously worked as director of outreach and advocacy for AARP Illinois, but had spent much of her professional life in Oregon. A graduate of the University of Oregon, Haughton-Pitts had worked as director of legislative and public affairs at Care Oregon, vice president of external affairs for the nonprofit healthcare innovation center OCHIN, and vice president of government relations for US Bancorp in Portland.

“She had worked in Oregon before, so she had relationships in the private sector and health care, education, community groups, advocacy groups -- diverse connections that she had built over many years,” Jay Bloom, a longtime AARP volunteer and member of Haughton-Pitts’ advisory group, told The Skanner.

“She expanded outreach during her tenure at AARP to many new and diverse groups that AARP has not traditionally connected with.

"And I think she also engaged with leaders at a higher level than AARP had traditionally.”

“She said she needed help bringing more diversity, changing the nature of AARP so that it was not quite as ageist as it’s been, which was really kind of a mandate from AARP,” Edwards told The Skanner.

AARP spokesperson Jason Young told The Skanner the organization’s policy did not allow him to comment on personnel matters, but agreed that the AARP is working to attract younger and more diverse membership.

“The idea -- and Ruby’s drive -- was to not only diversify the membership, but also to engage younger generations,” Edwards said. “Basically you should be thinking about your future throughout your life, and this organization can be a resource.”

And in that, supporters agree, Haughton-Pitts excelled.

“I have admired her leadership, particularly in advancing Age-Friendly principles for Oregon, and in making AARP more responsive to the needs of the BIPOC community.”

“Ruby is one of the most competent, honest, caring, compassionate -- you name it -- people that I’ve ever worked with,” Hennrich told The Skanner. “She taught me so much. The thing about Ruby is she will challenge the person who is the boss.

"I was her boss. She challenged me, and things were better for it.”

Hennrich acknowledges she can only speculate about why the Oregon AARP decided to part ways with Haughton-Pitts, but has a strong suspicion that the former state director’s proactive approach, her race and possibly her gender put her at odds with the organization’s more staid culture.

“She’s not going to be the kind that has deference to me or anybody else, telling me what she thinks I want to hear,” Hennrich said. “The AARP is a bunch of middle-class White people -- and I include myself -- who like to have a discount card when they go to a motel. Ruby went in and said to me, ‘No, we’re changing that.’”

A victim of her own success?

In a recent letter to Jenkins, NAACP Portland president Sharon Gary-Smith questioned whether Haughton-Pitts was a victim of her own success at boosting diversity in the Oregon AARP membership roles.

"Since more seniors of color joined, were active, and contributed to Oregon AARP, I wondered whether White discomfort that the old ways were changing under Ruby Haughton-Pitts was her downfall, though never publicly expressed?" Gary-Smith wrote, calling on Jenkins to authorize an investigation into Haughton-Pitts' departure.

"I do expect that you will recognize and not co-sign silence and secrecy that only serves those who want to maintain power, never those who deserve representation," she concluded.

During her tenure, Haughton-Pitts focused on issues ranging from the high cost of prescription drugs to age discrimination and how it impacts quality of life for those over 50. She also worked on a bill that would establish a task force on age discrimination in the workplace, slated for consideration during the current legislative term.

“The fact Ruby is over 50, and the AARP says they advocate for people over 50 but they didn’t advocate for her, is a problem,” Tillman said.

Critics slammed the Jan. 15 announcement of Haughton-Pitts’ departure as a “Friday news dump,” a term that describes an organization’s attempts to break bad or unflattering news right before the weekend in order to lessen media attention. The email was sent at 5:40 p.m.

“The irony of it was, it was on the three-day MLK weekend,” Edwards told The Skanner.

At the very least, many question why the termination wasn’t handled publicly with more consideration of Haughton-Pitts and her reputation.

Tillman called the process “excruciatingly similar” to her own experience of being ousted from her position as public health director at the Multnomah County Health Department in 2017, with no explanation and despite a history of glowing performance reviews.

“It’s really painful to feel like that kind of treatment is systemic and somehow acceptable here...I think the more I hear about it, the more I realize it was not an individual event. It was a deep pattern in Oregon,” Tillman said.

“It does create trauma. When I talked to Ruby, I said it’s like a fracture, like you broke your leg. Maybe it heals, but it’s still going to hurt. You go about your life in a different way than you would have.”

Tillman says she is aware of four other highly regarded Black professionals in executive positions in Oregon who have experienced similar treatment in the past year and a half.

“It’s dismissal based on some kind of sideways complaint that’s not thoroughly investigated, whether it’s a lack of clarity about the issue, sort of a whisper on the wind that turns into something, like a ghost attack,” Tillman said.

“It’s under the cover of darkness, and it’s not a transparent process in which people can defend themselves.”

She called the approach “a professional violence.”

“It harkens back to a much more physical violent lynching, but it is a professional violence that you don’t see coming, and so you can’t defend yourself against it.

"The people most likely to be lynched in the early 1900s were people who stood up for themselves, had some financial wherewithal, were leaders, and so didn’t stay in their place. So I see that as a parallel.”

Tillman added, “I would think, in an organization where you purport to be about helping people, that you’d start by helping your employees and your leadership.”

“I will say some of the most poorly handled terminations that I see are in the nonprofit sector, regardless of the characteristics of the executive director,” Sullivan told The Skanner.

“I have seen nonprofits handle terminations of executive directors with a shocking level of insensitivity, particularly where you have a mission-driven organization and the executive director may have been the face of the mission for quite some time. It’s a problem I see over and over again.”

Sullivan does not represent either Haughton-Pitts or the Oregon AARP, but speaking generally, agreed that silence around high-profile personnel decisions is rarely prudent.

“If you have a legitimate reason, why wouldn’t you share it?” she said. “And give the person terminated the satisfaction of understanding how it’s come to be they’ve been terminated.”

For the time being, Haughton-Pitts’ supporters want not only answers, but an acknowledgement that the process was damaging to public trust.

“The AARP was so fortunate in Oregon to have her as their leader,” Edwards said. “In my mind, they just totally destroyed the credibility of AARP in Oregon, if not nationally.”

Editor's note: This article has been updated to include the statement from Senator Wyden’s office.