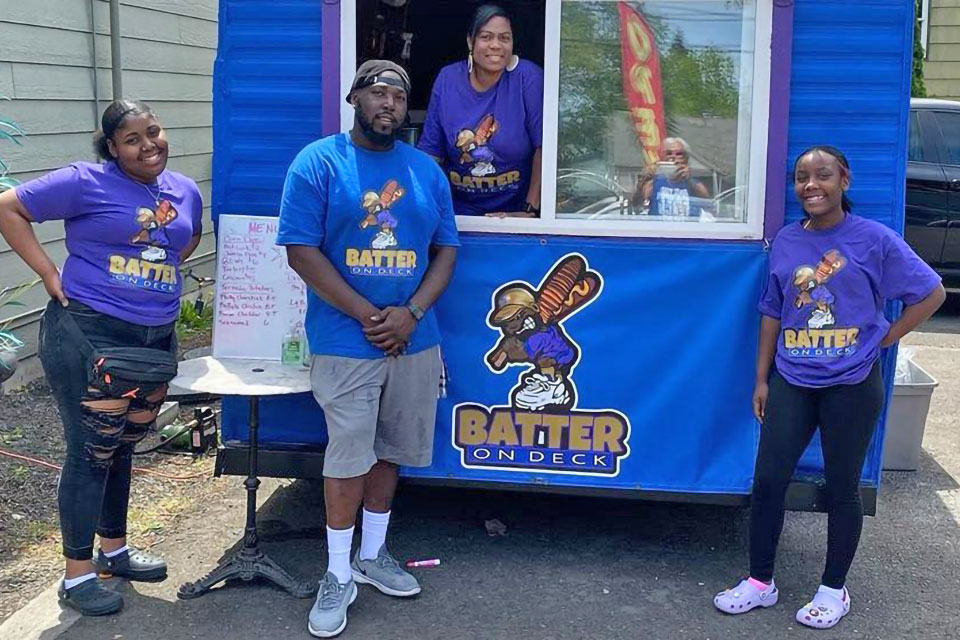 In the last week of Black History Month, a Texas-based organization wants Portland to celebrate its Black-owned eateries.

The first-ever Black Restaurant Week - Northwest continues through Feb. 28, highlighting 24 Black-owned restaurants, food trucks, cafes and bakeries in Portland and Spokane, Washington. The region joins 14 others across the country that have begun to make the event a yearly institution. 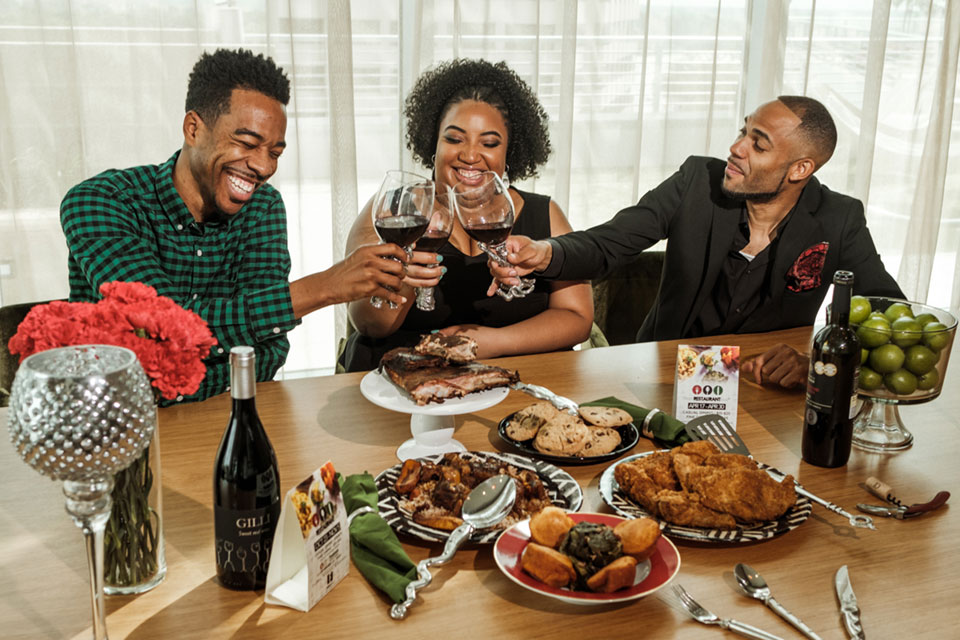 Derek Robinson, Falayn Ferrell and Warren Luckett founded Black Restaurants Week in 2016 to celebrate and promote Black food professionals. (photo/Fredis Benitez)Black Restaurant Week, LLC began five years ago when wholesale wine distributor Warren Luckett approached Falayn Ferrell and Derek Robinson, co-owners of the then newly-launched Fade Media digital marketing firm. The three knew each other through their work for Houston Area Urban League Young Professionals, and Luckett was looking to pair his business acumen with his growing concern about violence against the Black community. Luckett knew Black-owned restaurants often had limited resources for advertising, and he wanted to bring more of the city to the table -- a table that was most familiar to him.

And so Black Restaurant Week, LLC was born.

“Black Restaurant Week got started in 2016 here in the city of Houston,” Robinson told The Skanner. “It started out in the month of April for a one-weekend experience, and it just was an amazing opportunity for us to really bring together a lot of different flavors across the city.”

Since then, it has become “a food tour across the nation” of sorts, according to Robinson, expanding to a total of 15 markets across the nation. The organization reports that the 670 Black-owned businesses they promoted last year saw an average sales increase of 34%.

“With Black Restaurant Week we go beyond the traditional restaurant campaigns you may have seen,” Robinson said.

“We highlight restaurants, caterers, private chefs, food trucks, and then we also have some special opportunities for bartenders as well. We launched our (Feed the Soul) Foundation last year, and now we do signature events, typically across the nation. Our Aroma Culinary Business panel last year was an amazing virtual experience” with experts speaking on marketing, branding, and changing business practices in light of the pandemic. “We’re planning on doing that again this fall.”

“We understand everyone may not get everywhere this week,” Ferrell told The Skanner. “That’s why our website is built like a directory. We collect a lot of information from the restaurants so that after we leave, people could still support the businesses. It’s not just, ‘Oh go dine this week.’ It’s really like, learn who’s in your community this week so you can make sure to keep supporting them, and really create sustainability for these businesses.”

As a result, fewer than 9% of Black-owned businesses reported making a profit, according to a report by business mentorship network the SCORE association.

The disparity is partly explained by the fact Black Americans are three times more likely to contract covid-19, and a larger percentage of Black-owned businesses are in hospitality and other public-facing fields. But the report also found that Black business owners were more likely to apply for delays on loan payments, expanded lines of credit, and new loans, but far less likely to receive them than White business owners. This trend continues even within government assistance programs: Only 20% of Black business owners who applied to the Paycheck Protection Program received the full amount available, while nearly 64% of their White counterparts did.

Black Restaurant Week LLC’s mission to strengthen networks of Black food professionals couldn’t have come at a better time -- although the focus has shifted from dine-in to takeout experiences.

“Our role is to really market and promote the businesses, because a lot of them don’t have in-house marketing teams, they don’t have in-house (public relations) agents,” Ferrell told The Skanner. “We look at Black Restaurants Week as a cooperative economics marketing campaign, because instead of businesses having to fund a citywide Facebook ad, we’re pouring in all the support of corporate partners, community partners, so that they’re not funding it themselves.”

Making Connections Isaiah Bostic opened his Batter on Deck (15710 NE Glisan St.) food truck early last year, serving up deep-fried corn dogs and hot links alongside loaded Tornado Potatoes. The confusion of the pandemic impacted his business, and he found himself taking on more and more shifts in order to afford the rising costs of personal protective equipment for him and his staff.

The Skanner spoke with Bostic the day before his taped appearance on a local TV show.

“(Black Restaurant Week) actually contacted me, and I’ve been going real hard at trying to market myself and my brand,” Bostic said. “So I signed up.”

The media requests came within a matter of days.

“We got a lot of love,” Bostic told The Skanner.

“It’s just pulling lists that we’ve seen floating around the internet,” she said. “There’s a very limited just national database of Black-owned restaurants, and so a lot of times with new markets we’re working with local community partners, or food bloggers, or just local lists. Sometimes we talk to the restaurant owners and tell them to refer other owners, and that works really well, especially in culinary communities where they’re really connected.”

In light of the economic impact of the pandemic, and with corporate partnerships, the organization has waived its $200 registration fee for all participants. Food delivery app GrubHub is the main sponsor for the Northwest region, Robinson said.

Grubhub offers customers the option to round-up order totals to the next full dollar amount through its Donate the Change program. This month, all proceeds have gone to the Feed the Soul Foundation, Black Restaurant Week LLC's nonprofit. In turn, those donations will strengthen a restaurant emergency fund, $10,000 business development grants, and scholarships for marginalized students seeking to go into hospitality.

“We always tell ourselves, ‘It’s just a blessing to be the blessing, to help whoever we can,’” Ferell said.