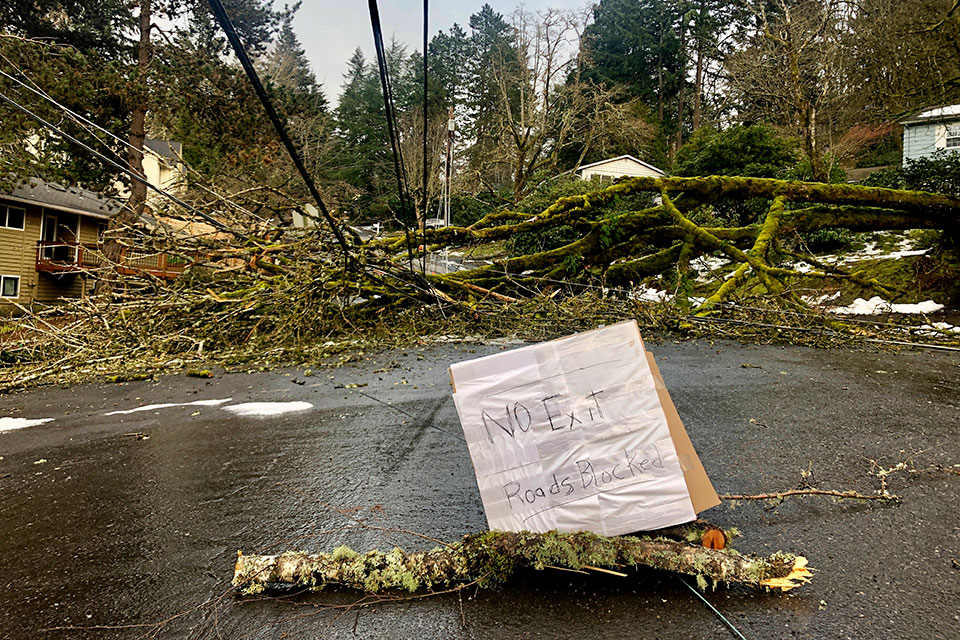 By The Skanner News
Published: 19 February 2021

PORTLAND, Ore. (AP) — Gov. Kate Brown called up the Oregon National Guard on Friday to go door-to-door in areas hardest hit by last weekend’s ice storm to make sure residents who have been without power for a week have enough food and water to survive.

More than 70,000 people remained without power statewide a week after the weekend storm first swept into the greater Portland area, felling trees, damaging nearly two dozen substations and knocking out hundreds of miles of power lines. The storm came in three waves over the weekend and, at its peak, more than 350,000 Oregon residents were without power. 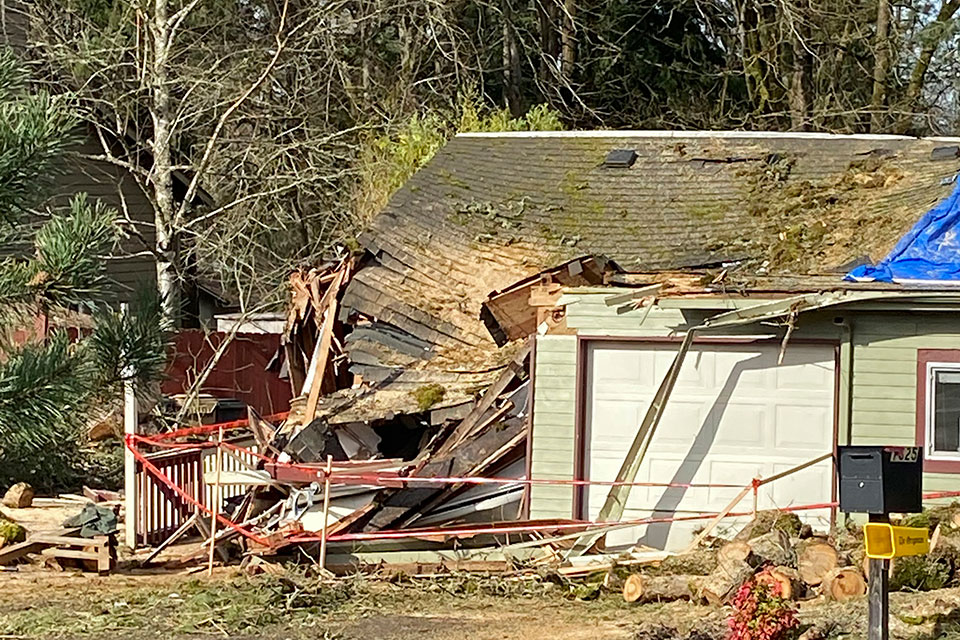 In this photo provided by Amber Moore, damage to a house from a downed tree is seen in Lake Oswego, Ore., on Wednesday, Feb. 17, 2021. More than 150,000 customers remain without power in the greater Portland, Ore., region nearly a week after a massive ice storm downed power lines and sent trees crashing onto houses and blocked roads. More than 300,000 customers lost power at the peak of the outage and there is no estimate for when full power will be restored. (Amber Moore via AP)Tens of thousands of people in the hardest-hit areas to the south and east of Portland remained in the dark, Brown said at a news conference.

At least four people have died in Oregon and dozen more were sickened after inhaling carbon monoxide fumes as they tried to keep warm by bringing propane heaters and charcoal grills inside or running gas-fed generators indoors.

Clackamas County Chairperson Tootie Smith said the deployment was crucial because many elderly and medically fragile residents were unable to leave their homes to get to warming centers set up in her county.

“We need assistance from the state in order to make every effort to help residents without the basics to survive while we all get through this," she said.