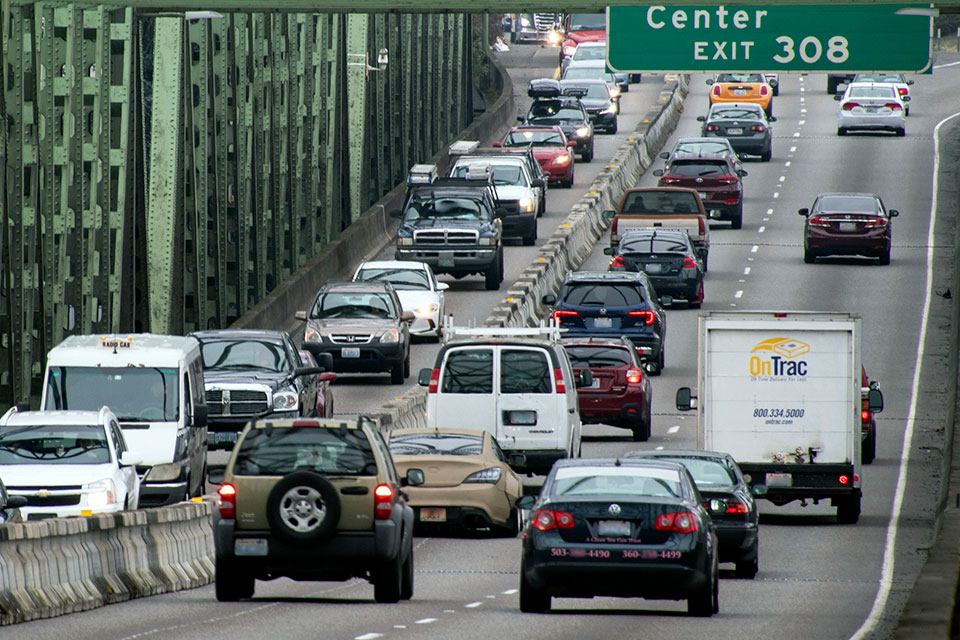 Greg Johnson, program administrator for the Interstate Bridge Replacement Program, estimates that construction will likely begin in 2025 to replace and upgrade the I-5 bridge that spans the Columbia River and connects Oregon and Washington states. 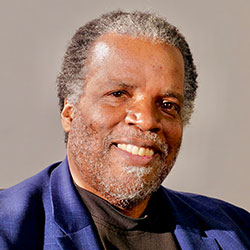 Greg Johnson is the program administrator leading the bi-state Interstate Bridge Replacement Program office.Johnson, a veteran in the field of transportation and infrastructure, sat down to speak with The Skanner about how he ended up working in the field after experiencing displacement due to a highway project when he was a child -- and to discuss how departments of transportations are doing things differently today.

This interview has been lightly edited for length and clarity.

The Skanner News: What was your first interaction with the Department of Transportation?

Greg Johnson: We lived in an area about 10 miles north of Detroit. It was a majority White area, but there were enclaves of African Americans there for years and years. We lived in one of those enclaves.

The Department Of Transportation (DOT) was coming through. US-25 used to run through Mount Clemens, and it was a growing community so they were looking to basically create a second parallel trunk line for a one-way pair. Our family home was there, and the DOT came and told my father 'You gotta move.' And so we were in three different places over the next year and a half. It was traumatic for my father, and one of the reasons was because my father worked for the car companies and so he was always looking for something a little more permanent. And the DOT, he said, I could do that. He never could get an interview, never could get a position with the DOT. So then to have the DOT come and take his home, he was always I wouldn't say bitter, because that's not a word I would ever use to describe my father, but he was always mindful of what happened, and had this distrust of, 'I can't get a job but you can come and move me out of my home.'

This was all before the ability to appeal your compensation for this. He felt in his bones it was not a fair treatment.

We finally landed in our house that my father was actually building at the time, but it was an interesting experience. It informed me that when you are impacting people's lives with large infrastructure projects or programs, you need to understand where they sit.

You need to sit in their chairs.

TSN: Did that inspire you to work in transportation?

GJ: It was kind of happenstance that I landed in transportation. I'm a civil engineer by training, I'm a structural engineer. My whole career plan was to design skyscrapers. But when I graduated there was a recession, so I took a job and they thrust me into transportation engineering. I always brought with me that sensitivity of, you are impacting people's lives, so you must do everything you can to make sure their voices are heard and that they're part of the decision-making process.

TSN: How can you center equity in a project like the Interstate Bridge Replacement Program?

GJ: The first thing is to recognize history, and to recognize that the DOTs in those days were a different animal. They were pretty much 'Yep, this is where it's going. Get out of our way.' The new DOTs are very much committed to listening and to having equitable processes as well as equitable outcomes.

When I first talked to folks about this position, that was one of the first things they made clear to me: that equity is a part of the ethic of both DOTs. And this is new business. I've been in the DOT world 35 years, so I've been doing this for 38 years overall.

This is a new way of being and thinking for the DOTs in the last five years. 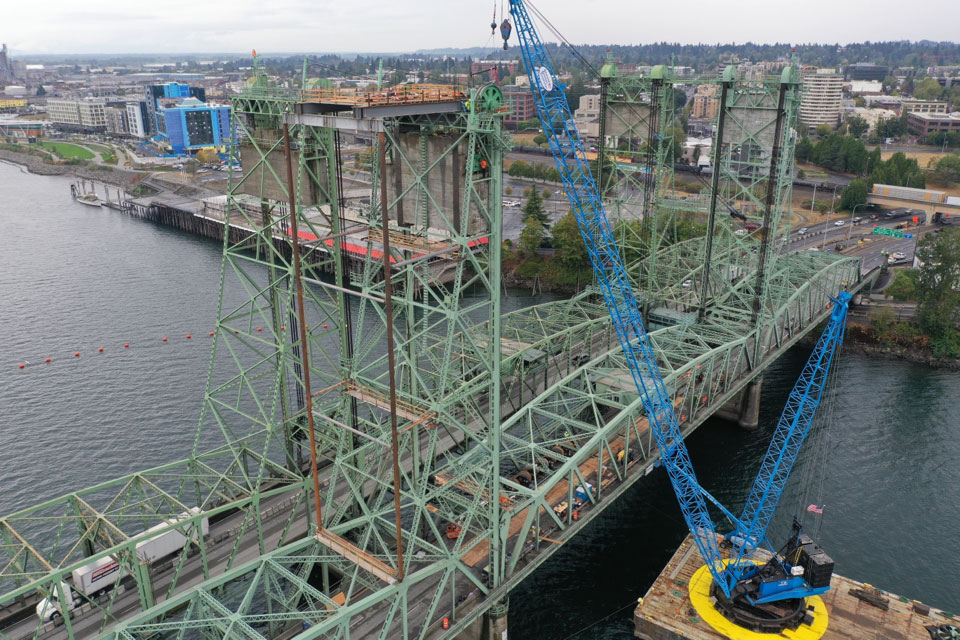 A bird's-eye view from an ODOT drone looking at the south tower of the northbound span shows crews working on the Interstate Bridge. Workers are removing pins, cables and other components for the trunnion replacement in September 2020. (Photo/ODOT)

TSN: Why do you think this change came about, even so recently?

GJ: I think communities started to push back. I can tell you in Detroit, there's a short stretch of freeway, it's less than a mile, but it was sited right through the African American community in Detroit. And one of the things as we were building projects, it may not have anything to do with that area, folks would come and tell us that story of what happened and how the DOT, in their words, callously displaced and destroyed a strong community.

So the recognition of the history that's gone on, and folks that remember that history and are bound and determined not to repeat it, I think is one of the reasons that DOTs have shifted their mindset. You can go all over the country, and the stories are the same. Whether it's Albina here, whether it's Black Bottom in Detroit, whether it's New Orleans and I-10 -- all of those stories still resonate in those communities. And they're passed along from generation to generation.

There is a persistence of memory of how the DOT has treated their foreparents in those situations.

(Oregon)’s is a fascinating story but I could easily strip the names off and take it to Mobile, Ala., where they did the same thing. Tulsa, Okla. where they did the same thing. It became an easy thing for the DOTs to site infrastructure where there was no voice and no opposition. If you read about some of the freeway protests of the 60s and 70s, the folks who were able to successfully fend off the DOTs were folks who had connections to city hall or had connections with politicians. For the African American, for the Latino, Chicano communities, those things didn't exist back then. But now they do. So we hear from folks, and there's a great deal of distrust and mistrust of DOT, of what they are doing.

One of the reasons that I am here is to bridge that gap.

TSN: What are the Oregon and Washington departments of transportation doing to center that equity mindset in this project specifically?

GJ: One of the unique things that we did is we created an equity advisory group as one of the three legs of our three-legged stool. That Equity Advisory Group has members of the community as well as folks who are professionals related to equity and fairness and equal opportunity issues. That advisory group will have the ability to look at our internal processes, as well as our proposed solutions, and look at it through a lens of equity. One of our co-chairs, Ed Washington -- he lived in Vanport before the flood. So he brings a great historical view of what happened and the impacts that still reverberate to this day. So we think it's unique. We think it's something that is going to help us bridge that mistrust that has existed between communities of color, and under-represented communities. We think that can be literally a bridge to help us talk to those folks in a better way.

And one of the groups that we've heard from a tremendous amount are the minority contractors, who feel that they have not had a voice or a share in these large public infrastructure programs. I know the Rose Quarter did a good job of reaching out to minority firms, or firms with a lot of diversity, and so we're going to be looking to duplicate and exceed that, make sure that we build a legacy here of folks not just coming in for the adrenaline shot in the arm of getting one contract, but to build capacity for those who own small businesses. So they can be a part of any future DOT work that they deem themselves fit to do, so that's one of the hopeful long-lasting legacies, along with the workforce piece.

There's some estimates that over the life of this program, we're going to have close to 20,000 direct and indirect jobs created from this program.

And so we're going to make efforts to make sure that folks who have been cut out of those types of opportunities in the past, that they get their chance to be at the table and make a career about some of this. We're going to be reaching out to high schools and hopefully junior highs to talk to them about careers in transportation and how, if they don't want to go to college and become a professional planner or professional engineer, if their goal is just 'I want to work and support my family,' we're going to have pathways for folks on any of those trains of thought.

TSN: What excites you about this project?

GJ: The bridge is actually two bridges. One of the bridges is actually over 100 years old, I think it’s rounding up to 104 now. And the other bridge is 60-some odd years old. Both of them at their time when they were built was the height of technology and safety. But you look at the modern-day traffic loads that are coming through, we're talking about 135,000 people per day that cross that bridge. We need to have a modern structure that can handle modern circumstances. So we're looking at a replacement of that bridge, but not just a replacement, a modernization of the circumstances that it sits in: Have a bridge that's smart enough to be able to talk to smart cars, have devices on the bridge that can move people smoothly into lanes when there's incidents on the bridge.

We're looking at a modern structure that will potentially last us another hundred years.

I am tremendously hopeful that we're going to do some things that may have never been done in this area as far as community engagement and outreach and bringing people to the table. That's exciting to me. Because a process itself is just as important as the project. I've built projects that have poor processes behind them, and nobody ends up being satisfied. So if we can get both of those things right, if we can get the processes right to engage people and bring them to the table, and then get the best project out of that, the best bridge and surrounding things out of that, then people will talk about this for years to come, about how well it was done.

There's some equity issues that we have to wrestle with. Whether it's high-capacity transit across the river, whether it's tolling, we need to be able to look folks in the eye and say, 'Ok. This is the idea. Tell us how we can make this idea happen.'