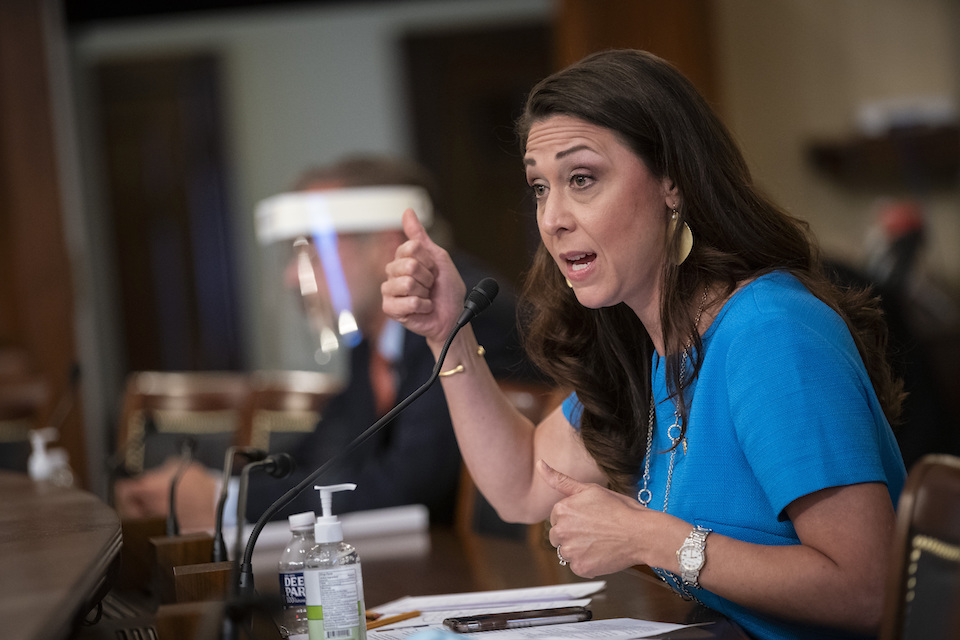 VANCOUVER, Wash. (AP) — A Republican from Washington state who was one of 10 GOP House members who voted to impeach former President Donald Trump late Friday urged people with knowledge of conversations Trump had during the Jan. 6 Capitol riot to come forward.

Rep. Jaime Herrera Beutler said in a statement House Minority Leader Kevin McCarthy told her he spoke with Trump as rioters were storming the Capitol. She said McCarthy asked Trump to publicly “call off the riot” and told Trump the violent mob were Trump supporters, not far-left antifa members.

In her statement, released via Twitter, Herrera Beutler said: “That’s when, according to McCarthy, the president said: ‘Well, Kevin, I guess these people are more upset about the election than you are.’”

The congresswoman’s disclosure comes as the U.S. Senate is conducting Trump’s impeachment trial, which is to resume Saturday. On Friday Trump’s defense team denied he had incited the deadly riot and said his encouragement of followers to “fight like hell” at a rally that preceded it was routine political speech.

U.S. House members who are acting as prosecutors in the impeachment say Trump was the “inciter in chief” who spread election falsehoods, then encouraged supporters to come challenge the results.

VIDEO: Go to 2 mins 33 secs to see House Manager Stacey Plaskett say when the president learned about the attack and how he responded

Time to speak out

Herrera Buetler, who represents Washington's 3rd Congressional District in the southwestern part of the state, said she has relayed parts of her conversation with McCarthy before to constituents and local media.

She then called on people with knowledge of Trump’s conversation with McCarthy to speak out.

“And to the patriots who were standing next to the former president as these conversations were happening, or even to the former vice president: if you have something to add here, now would be the time,” she said.