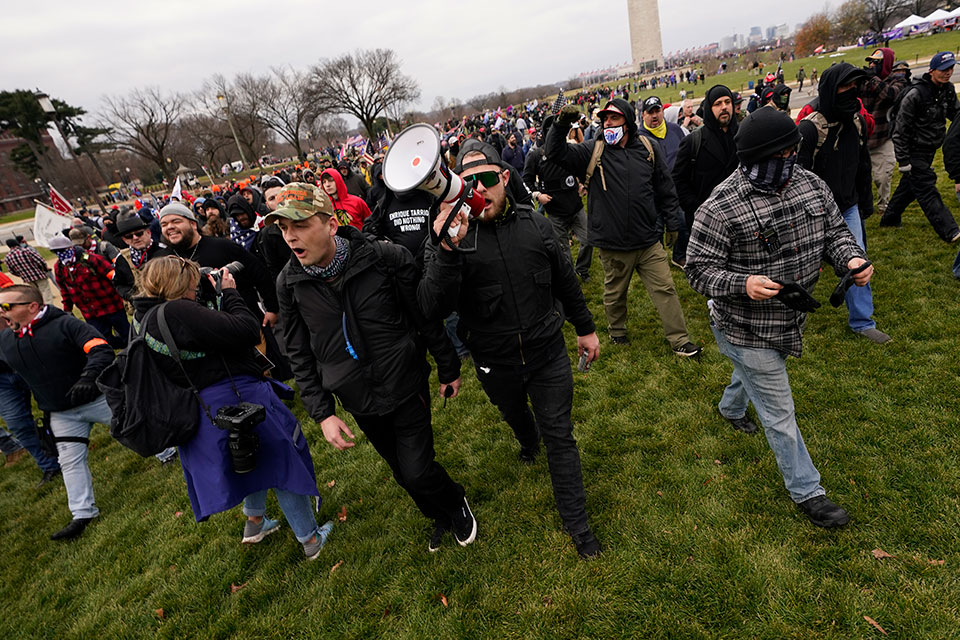 SEATTLE (AP) — The U.S. Justice Department intends to immediately appeal a Seattle judge’s order Monday releasing a member of the far-right group Proud Boys from custody as he’s prosecuted in connection with the riot at the U.S. Capitol. 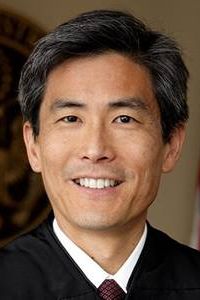 Brian Tsuchida is a federal magistrate judge for the United States District Court for the Western District of Washington. (photo/Ballotpedia)Magistrate Judge Brian Tsuchida rejected the DOJ’s argument that Ethan Nordean should be detained pending trial because he poses a risk of flight and a danger to the community.

But after Assistant U.S. Attorney Jehiel Baer said prosecutors in Washington, D.C., would be filing an appeal, Tsuchida agreed to delay Nordean's release to give a judge in the District of Columbia a chance to review the order. Tsuchida said he would release Nordean anyway if the appeal wasn't filed by 3 p.m. Pacific time Monday.

Tsuchida did not explain his decision to order Nordean’s release pending trial.

The Proud Boys are an extremist and male-chauvinist organization known for brawling with “antifa” demonstrators. At least eight defendants linked to the group have been charged in the Capitol riot.

Nordean, 30, of Auburn, Washington, also goes by the name Rufio Panman and describes himself as the sergeant-at-arms of the Proud Boys' Seattle chapter. He was arrested last week after being charged in federal court in Washington, D.C., with obstructing an official proceeding, aiding and abetting others who damaged federal property, and knowingly entering or remaining in a restricted building. Obstructing an official proceeding, the most serious of the charges, carries a possible sentence of up to 20 years in prison. Nordean has not entered pleas to any of the charges.

The Justice Department said Nordean helped plan the Proud Boys' actions at the Capitol, marched at the front of a group of Proud Boys shortly before the Jan. 6 riot and broke into the Capitol building with other members of the group. He was near the front of the mob that confronted vastly outnumbered Capitol Police officers, prosecutors said.

In asking for him to remain in custody, Baer noted that in the days before the riot, Nordean posted on social media saying, “Let them remember the day they decided to make war with us,” as well as a photo of himself with the words, “And fight we will.”

Prosecutor points to size and determination of group

“There is no reason to believe that Defendant, or any of his Proud Boy associates, are any more interested in ‘complacency,’ or any less interested in fomenting rebellion, than they were on January 5,” prosecutors wrote in a memo arguing for his detention. “If nothing else, the events of January 6, 2021, have exposed the size and determination of right-wing fringe groups in the United States, and their willingness to place themselves and others in danger to further their political ideology.”

Baer noted that Nordean gained notoriety for knocking out a counter-protester in 2018 in Portland, Oregon, an event that was captured on video and which garnered him a guest appearance on conspiracy theorist Alex Jones' “InfoWars” program.

Federal agents who searched his house after the Capitol riot found a valid passport on a bedside table issued to another man; Nordean had recently commented on social media suggesting he wanted to start a new life somewhere else, Baer said.

And further, Baer argued, one of the allegations — that Nordean aided and abetted the destruction or attempted destruction of federal property, with the intent to coerce the government — is a federal crime of terrorism punishable by more than 10 years in prison. Such crimes carry a presumption that the defendant will be detained pending trial, Baer said.

Nordean's public defender, Corey Endo, argued that the presumption only applies if the property damaged is valued at more than $1,000, and the government's complaint didn't say anything about the value of the damaged property. Further, she said, Nordean has no criminal history. The counter-protester Nordean decked in Portland had first attacked him with some sort of rod; and on Alex Jones' show he said he did not believe in using violence against those with other political views.

As for the passport by the bed, Endo said, it merely belonged to the ex-boyfriend of Nordean's wife, who left it at the home with other possessions after they split up. The person pictured in the passport didn't resemble Nordean except that they're both white men, she said.