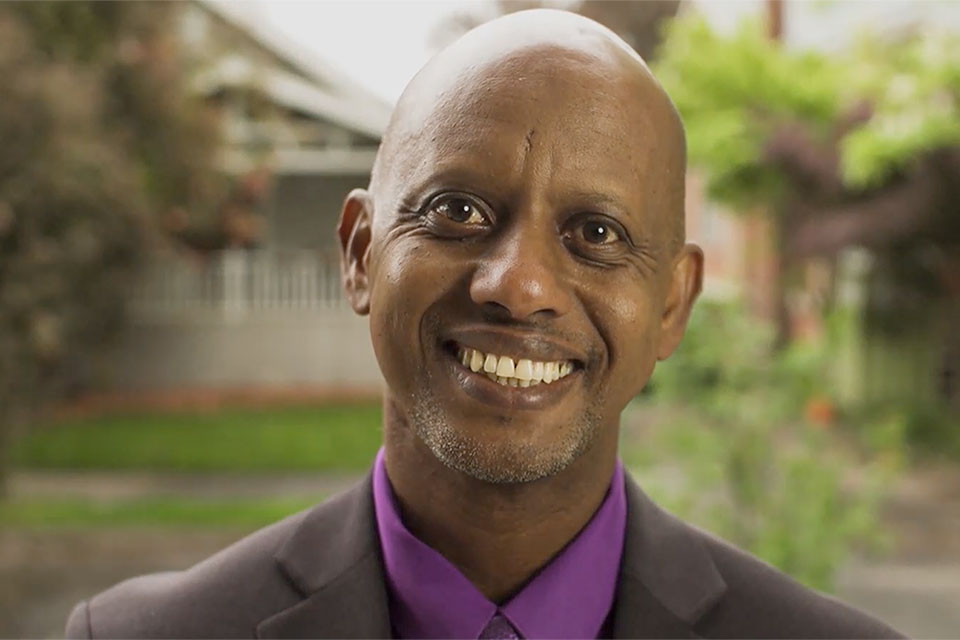 When Kayse Jama assumed his seat in the state legislature last month, he became the first Muslim to ever serve in the Oregon Senate -- and currently, the only refugee doing so.

“I think I'm going to be bringing to the table, of course, a racial justice lens, as someone who's not only been a Black man in Oregon for 20-plus years, but also an African, a refugee, and also an immigrant myself -- those four identities really intersect,” Jama told The Skanner. “So I am going to be bringing that kind of deep understanding and a lens around racial justice and immigration rights and inclusion and equity.”

Long known as an effective community organizer, Jama’s recent appointment to District 24 means he will be representing East Portland, the community where he was finally able to purchase a home years after fleeing his native Somalia -- an especially meaningful accomplishment for the long-time advocate for accessible housing.

“I had never thought I would be owning my own home, until six years ago,” Jama said, when he and his wife, Stephanie D. Stephens, bought the house they share with their 10-year-old twins Sahan and Saharla. “It was really community members and folks who were providing down payment assistance and other opportunities that helped me to understand that I actually can own my own home.”

Jama is co-founder and executive director of Unite Oregon, a multifaceted nonprofit that has been prominent in recent drug decriminalization efforts and police reform efforts, pushing for an overhaul that would center the community. Unite Oregon has been a stalwart force in racial justice and equity in the state. Inevitably, the organization’s work often concerns one of the most basic of human needs.

“I see housing issues as not stand-alone issues -- I always see the intersections with livable wage, economic justice and environmental justice,” Jama told The Skanner.

As senator, Jama will be taking over predecessor Shemia Fagan’s leadership position on the Senate Committee on Housing and Development. He says he plans to take a “holistic approach” to the issue, weighing factors like social determinants of health as the group tackles Oregon’s growing lack of affordable housing stock.

“But in the meantime, also as the housing chair, it’s definitely ‘How do we address the crisis that's been created and been exacerbated by COVID-19?’” Jama said.

“There is a moratorium eviction policy that will expire in June, and in the meantime, people owe thousands of dollars. What do we do with that?

"I think that's the lasting conversation we're going to be having as a part of the housing committee, and working with both the house side and the senate side and creating understanding that people are still in a lot of pain and suffering, and how do we elevate those in crisis?”

Jama’s campaign for the seat was ultimately successful, if circuitous: He lost the 2018 primary to Fagan, who vacated the position this year when she was elected Oregon Secretary of State.

Because District 24 extends over county lines, commissioners from both Multnomah and Clackamas counties jointly selected Jama as Fagan’s replacement.

Notably, two contenders stepped aside in favor of Jama: Rep. Jeff Reardon (D-Portland) withdrew early on in order to support Jama, and Candy Emmons, the operations director of the Democratic Party of Oregon -- who, with Oregon Federation of Nurses and Health Professionals president Adrienne Enghouse, was competing for the appointment -- urged commissioners to instead choose Jama.

When Jama ran in the primary, he received endorsements from Oregon Attorney General Ellen Rosenblum and Oregon State Sen. Lew Frederick (D-Portland). In making his case to serve the remainder of Fagan’s term, he picked up the support of Gov. Kate Brown, among many others.

Jama, a member of Brown’s Racial Justice council reflected on taking office after years of advocating for criminal justice reform at a time “the national conversation was not where we're at today.”

“That's kind of an example of why people like me need to consider running for office,” Jama said.

Now, with a pandemic that has disproportionately devastated the Black community, and with a growing recognition of systemic racism spurred by outrage at police brutality, the state has introduced more focused response to racial inequities. The Oregon Cares Fund aimed to provide $62 million in relief to Black families, businesses, and nonprofits at a time when federal programs like the Paycheck Protection Program has been shown to favor White recipients.

“If we want to make a dent on closing disparities that we have in this state, then we must really focus around particular programs that really allow us to close the gap,” Jama said.

He recently joined the legislature’s Black, Indigenous, and People of Color (BIPOC) Caucus, which he praised for pushing the agenda forward.

Still, Jama reports to Salem at a time of increased security risk, with other elected leaders sometimes posing a threat: Shortly after taking office Jama joined more than 100 other elected leaders in calling for Clackamas County Commissioner Mark Shull's resignation in response to incendiary statements about Muslim Americans he had made on social media. (Shull remains on the commission.)

Meanwhile, video footage from Dec. 21 shows Oregon State Rep. Mike Nearman (R-Independence) opening the door to right-wing protestors who breached security to (invade) the Oregon State Capitol, leading to a confrontation with police, and the subsequent pepper-spraying of police officers by some protesters. For many in Salem, it provided a jarring preview of the deadly insurrection that would unfold in the U.S. Capitol two weeks later.

“I think we need to lower the temperature,” Jama said. “And I think there's space for that.

"But having said that, my safety concern is more about the communities that I work with. I've seen Muslim women who are wearing hijabs in their cars, on the street, are harassed daily. Or people of color, Black and Brown community members, who are being attacked and harassed daily. Those are the people who I am more worried about their safety than mine, and I'm making sure that we pay attention to it.”