2 Injured After Police Car Drives Through Crowd at Race 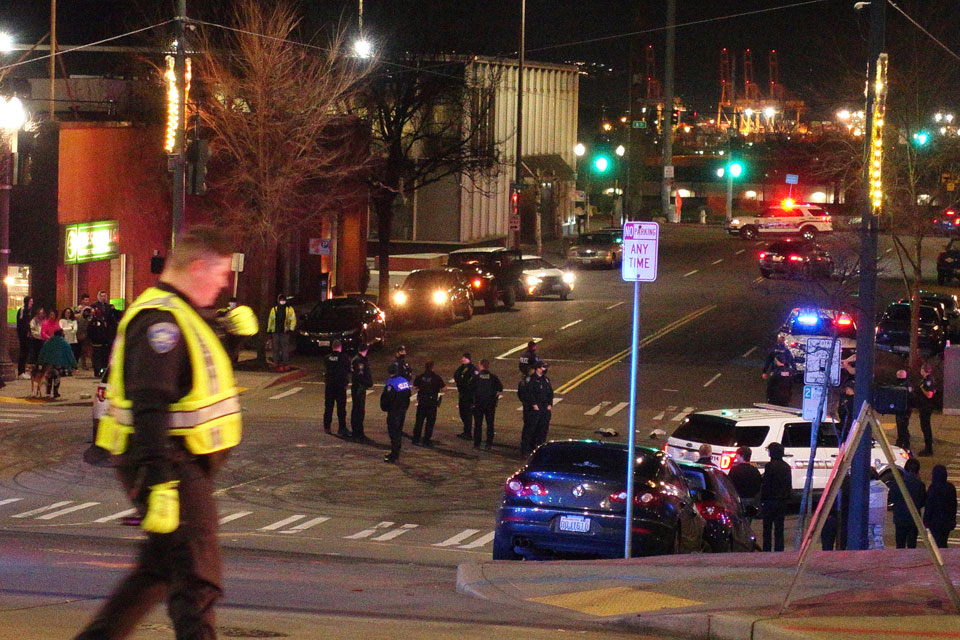 TACOMA, Wash. (AP) — At least two people were injured when a police officer responding to a report of a street race plowed his car through a crowd of pedestrians that had gathered around him and were pounding on the car's windows in downtown Tacoma on Saturday night, officials said.

The incident happened just before 7 p.m. as about 100 people were blocking an intersection and watching several cars spinning in circles, police told The News Tribune of Tacoma.

A police car arrived, then drove through the crowd after people tried to block the vehicle, a witness said.

Video posted on social media shows the police car hitting several people and running over at least one person.

“He had tire marks all over his body,” witness Cory Le told KTBS-TV.

“Belly out. His shoes were off. Honestly, it was like something out of a movie."

A Tacoma officer used his car to plow through a crowd of spectators, running over at least 1 person! He claimed he was afraid they'd break the car's glass. This justification of deadly force creates a double standard on the value of human life. Why are his fears valid & ours not? pic.twitter.com/DMvGvU8czp

Tacoma police spokesperson Wendy Haddow told the newspaper that police were notified shortly after 6 p.m. of the street racers.

Haddow said a responding officer used his car’s bullhorn to address the crowd. The crowd then began pounding on his windows, she said.

“The officer, fearing for his safety, tried to back up, but was unable to do so because of the crowd,” Tacoma Police said in a statement. That prompted him to speed out of the scene for his own safety, police said.

One person sustained cuts in the collision and was taken to a hospital, Haddow said.

Puyallup Police Capt. Dan Pashon told KCPQ-TV that a second person was treated at the hospital and released.

Interim Police Chief Mike Ake released a statement saying he was concerned about another “use of deadly force incident,” and promised his department's full cooperation in the investigation.