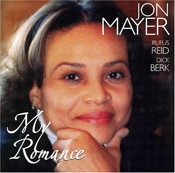 Pianist Jon Mayer accompanied by bassist Ray Drummond and drummer Dick Berk take on 10 delightful ballads and deliver them in a manner that spotlights the talents of Mayer.


On this release, Mayer almost forsakes his bebop roots to visit tin pan alley for this wonderful collection. His takes on Johnny Burke's and Jimmy Van Heusen's "But Beautiful" is the sign of a master at work translating the notes of others into their own glorious personal statement.


"Be My Love" takes him back to a bop feel. Drummer Berk is the driving force in this up tempo interpretation. A surprise awaits with the hearing of Jerome Kern's "Yesterdays." Mayer, in concert with his first call rhythm section, lays down another bop drenched up tempo version of the usually somber tune. 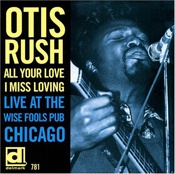 If you are ready for some real gritty songs about unrequited love, broken hearts and human weakness, this Otis Rush live recording has it all.


Chicago — the main destination in the diaspora of Black Americans from the South — has managed to maintain a claim to being the nation's blues capitol. The Wise Fools Club in that city is where Rush laid down the 12 tracks here.
On "It Takes Time," Rush issues a warning to a lover that, as happy as she may be today, could be in tears tomorrow — all accompanied by an up tempo shuffle beat. Rush's guitar speaks every bit as eloquently as his vocals. It becomes an emotional force on "Gambler's Blues." There's not a weak cut among this release. 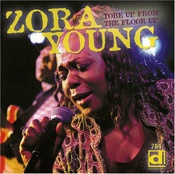 
She can use her voice to holler, plead and caress. She nicely combines "Since I Fell for You" and "Silhouettes" for a blues ballad medley, all the while never losing the essence of the blues.


On two tracks, "Till The Fat Lady Sings" and "Ace of Spades," Young's band of piano, guitar bass, and drums is enhanced by trumpet, tenor and baritone saxophones. It makes for a nice, full big band sound. 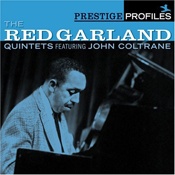 This is a true all-star set of groups with the one constant being the piano and leadership of Red Garland.


Saxophone legend John Coltrane is on four of the six tracks. They include "Billie's Bounce," "Solitude," "Soul Junction" and "Our Delight." Donald Byrd is heard on all the Coltrane cuts.


Oliver Nelson assumes tenor duties on "Soft Winds" and "On Green Dolphin Street." Richard Williams is on trumpet on those selections. "Soul Junction," at 15:27, is an out-and-out blues. Garland's work sounds a lot like that of Gene Harris — he's that funky. 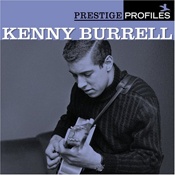 Guitarist Kenny Burrell is excellently profiled on this re-released material, originally available on the Prestige label, which is now owned by Fantasy.


This is a bonanza for jazz collectors and neophytes alike. One reason is that styles of several of the greatest tenor saxophonists of all time can be contrasted. Coleman Hawkins joins Burrell, pianist Tommy Flanagan, bassist Major Holley, drummer Eddie Locke and percussionist Ray Barretto on "Montono Blues."


Hank Mobley, along with Jerome Richardson, Donald Byrd and pianist Mal Waldron, are on "Boo Lu." John Coltrane is on "I Never Knew" and "Minor Mishap." Frank Foster is on an 18:18 cut of "All Day Long," with Byrd and pianist Flanagan.


But it's the artistry of Burrell that is the main focus. That's the treat — hearing a leading exponent of the guitar translating the various moods of the songs here.