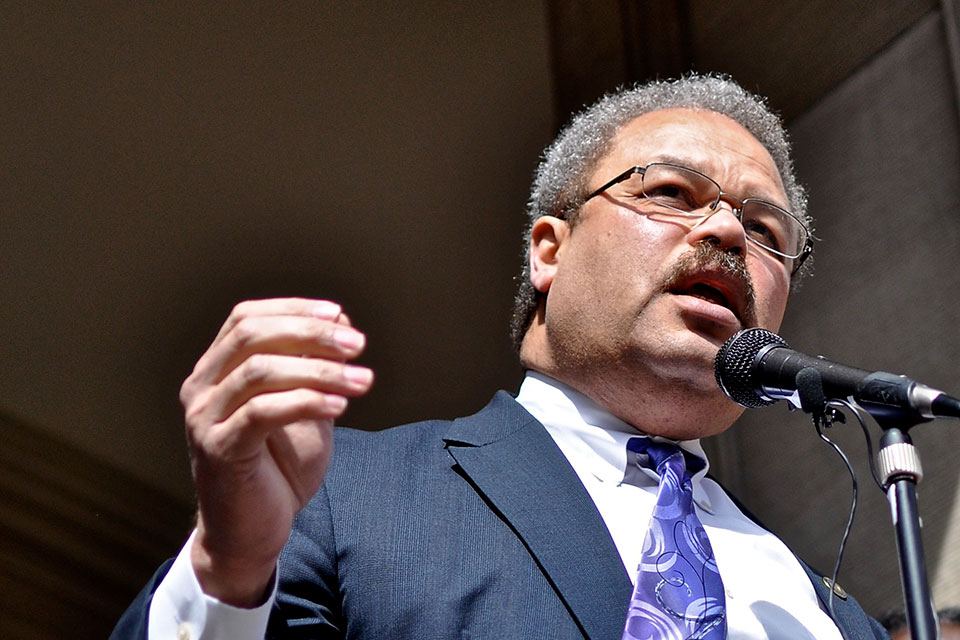 “I have now served for over a decade, and I feel pretty confident saying that none of us have ever faced a session like the one we’re about to see,” Sen. Lew Frederick (D-Portland) said in opening the press conference.

He warned that the White supremacist efforts that had driven the attack on the U.S. capitol and violent protests in the Oregon Capitol Building.

“But it also represents a historic moment for the members of the BIPOC caucus and Oregon’s communities of color,” Frederick said.

“Never before has the public conversation in the state been so focused on the legacies of racial inequality and the continuing impact of systemic racism on our society. And never before have the bodies of the Oregon Senate and House stood ready to take on those challenges.”

“We stand here before you today to highlight 10 themes that reflect our caucus’s priorities for this session,” Bynum said. “Included under those themes are 40 pieces of legislation we’ve drafted in collaboration with community partners to move towards racial equity and inclusion in Oregon.”

The agenda is a follow-up to the list of recommendations the group, then called the People of Color Caucus, issued in June.

The BIPOC Caucus outlined its 10 themes:

“This agenda was selected to highlight key priorities and principles from the broader list of bills that our caucus members and others have introduced,” Bynum said. “And that is reflective of the fact that we should always have an eye towards equity as we develop policy, asking the questions of who will this impact, who was consulted in its development, and what other barriers must be considered to ensure it achieves its desired outcomes?”

For a full list of bills highlighted in the agenda, visit https://www.oregonlegislature.gov/bynum/Documents/Oregon%20BIPOC%20Caucus%20Legislative%20Agenda.pdf.