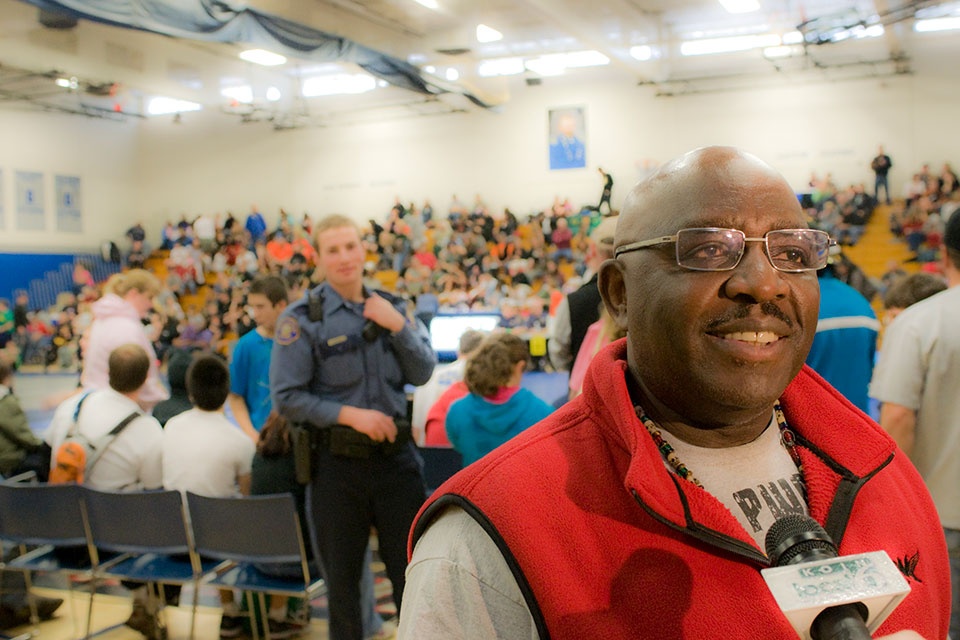 A group of community leaders, law enforcement and business professionals are resurrecting and enhancing a youth-focused program that had to close its doors eight years ago.

The Portland chapter of the nonprofit Police Activities League closed the doors of its Eastside youth center at Northeast 172nd and Glisan in 2013. The organization seeks to foster stronger relationships between law enforcement and the community, largely through sports programs often facilitated by police officers. Some of its former members are eager to take the best of that program and add wraparound services for youth and families, renaming what they envision as a one-stop youth services center the Portland Activities and Athletics League (PAAL).

“One of the biggest differences is that this is going to be privately funded and privately run,” retired Portland police Lt. Paul Weatheroy, a 20-year veteran of PAL, told The Skanner.

“It’s not going to be run by a police agency, and I think that’s really important.

"My experience has been if you’re tied to the budget in a governmental agency, it’s subject to cuts. We want to make sure we learn from that previous experience.”

Organizers are concerned by the services gap in East County, where many communities of color have been displaced as gentrification spreads through Northeast and North Portland. They also want to bolster a generation of kids and teens who are experiencing the collective trauma of living through a pandemic and a drastic increase in gun violence in the Metro area.

“The objective is to resurrect a program for youth who are really being lost in this societal-change due to the virus, the economic slowdown, and the attitude of ‘defund the police,’” Graham Bryce, a PAAL organizer, told The Skanner. Bryce reported that more than $20,000 had already been committed from private donors.

“I think we all have the same goal in mind, which is to try and help,” Weatheroy said, “but having been in law enforcement, I recognize that there’s a lot of distrust between the police and the community, especially communities of color, and I think this is a great way to try and build some trust.” 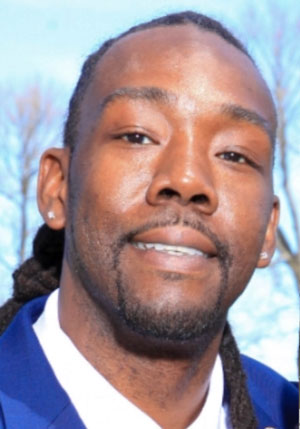 Former PAL director Jay Williams is the executive director of the new Portland Activities and Athletics League, which will offer expanded services to the community in East County.Jay Williams, the popular former director of PAL, left the program before its closure and amid his criticisms of the league’s financial shortfalls and alleged mismanagement. He is excited to helm PAAL as executive director, and acknowledged Bryce, Weatheroy, Pittman, as well as Jim Richardson, Gordan Hoffman, and Ed Jensen, as integral in launching the new league.

Williams is also a PAAL alum from his days growing up in Pompano Beach, Fla. He lost his father at the age of three, and his mother -- who was only 16 when he was born -- enrolled him in PAL programs as she juggled work and education.

“The police were some of my coaches, and they ended up knowing me while I was growing up,” Williams said. “I had a way out to be able to build relationships and be able to see the police in a different light. When they came around my neighborhood, as they did often, I already knew them.”

“I want to show people that the community and police can work together in positive ways,” Pittman told The Skanner. “Before, police would always take the lead in all these things, and because they changed so much when one person leaves, the other person doesn’t have the information. But this one will be run by the community and will deal in not theory but reality.”

The expanding PAAL network will include other members of the justice system. By giving students the chance to interact with different representatives and segments of law enforcement, Williams believes PAAL will demystify the “inner workings” of a group that can seem particularly intimidating to Black youth. 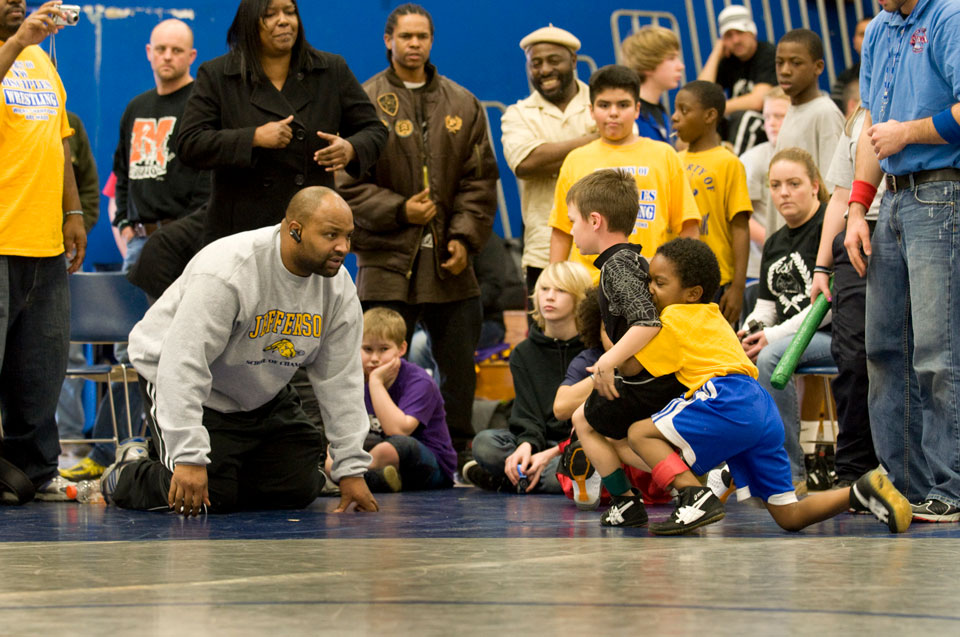 In this The Skanner archive photo from January 23, 2010, Coach DeDamon Williams, with the NW Disciples team, cheers his wrestler, Anthony Hunter, 5, on as he wrestles Jaxon Reese, a five year old from Canby, Ore. at the Z-Man Foundation wrestling tournament. The Z-Man Foundation was established to build upon the work and goodwill that Officer Mark Zylawy provided to the citizens of Portland for more than 17 years. Officer Zylawy was killed on his way to work on Jan. 27, 2008. (Photo by Julie Keefe)“I think it’s one of the best ways to establish a pipeline of people from the community of color to get involved in police work,” Weatheroy said. He recalled that when he started with PPB, he was one of about 35 African American officers. When he retired in 2015, there were about the same number.

“I think it’s important to have protest and change from the outside, but I also think it’s so critical to have change agents on the inside of the organization to make a difference. We have to try to do something to have our community seeing more people that look like them doing this job.”

Williams said the program should be up and running in pandemic-compliant form in about three months.

“With 800 shootings in Portland, we’ll be implementing our gang outreach program first,” Williams told The Skanner. “PAAL feels you can’t do gang outreach without providing youth and family services.”

Williams pointed out that gang violence is in part a side effect of gentrification:

“You have a lot of gang members that are living in the same area, when they were spread out before,” Williams said, adding that many with gang affiliations have felony records, barring them from many sources of housing and forcing them into the same few places willing to rent to tenants with criminal backgrounds.

“A big part of it is lack of resources, lack of opportunities,” Weatheroy said.

“I think a lot of people are struggling, and I think maybe options people had to get out of gang life are much more limited right now...I think if you’re in gang life, people have a certain view or perception of what that life might be and what potentially could come to their work place if they hire you, what could come to their residence if they rent to you. Programs like ours can help break some of those barriers down, I think.”

“We’ll try to be the octopus in the middle to tie everything together,” Williams said.

While PAAL is waiting on community input to put together a list of activities, Williams said they plan to offer arts programs that could include music, dance, performance, and poetry; STEM activities, tutoring and more targeted education support.

“It was really sports-dominated previously when we had the PAL program before,” Weatheroy said, “and now we recognize the importance and how crucial it is to include a lot of activities, recognizing that not all kids are involved in sports, therefore it will be beneficial for a wider range of kids.”

Pittman is optimistic the PAAL One-Stop Youth Center will be an inclusive safe space for the kids of East County, with more of an emphasis on programs for girls and younger kids.

“The way I look at it is, a 10-year-old will be a 15-year-old in five years, and what type of skills does this young person have?” Pittman told The Skanner. “To be successful you need two things, I think: You need to have perseverance and you need to have grit. And kids need to have better information to know that you can’t be great unless you fail, unless you make some mistakes. And stop trying to be perfect.”