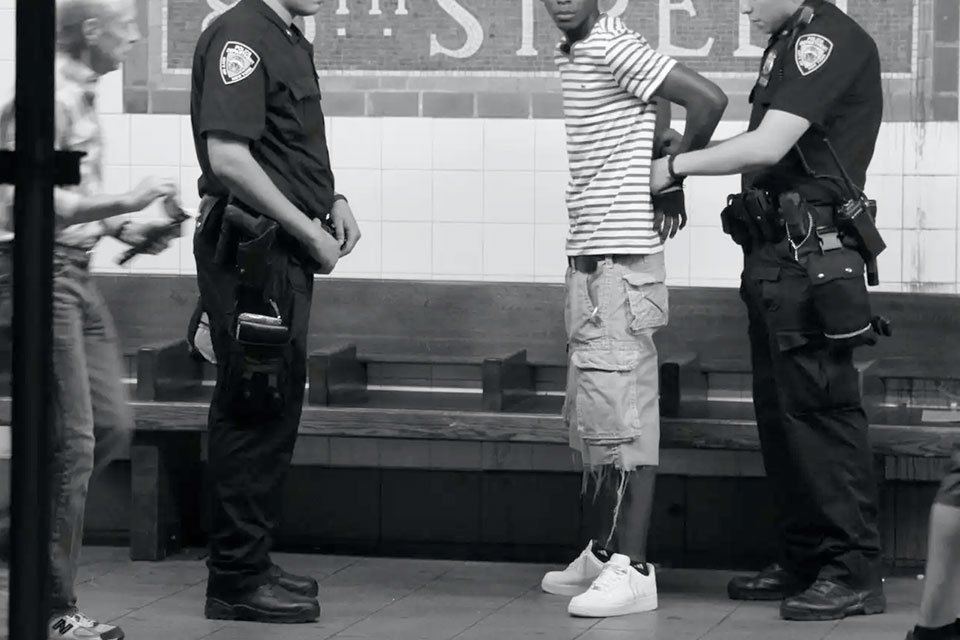 Oregon became the first state in the United States to decriminalize the possession of all drugs on Nov. 3, 2020.

Measure 110, a ballot initiative funded by the Drug Policy Alliance, a nonprofit advocacy group backed in part by Facebook’s Mark Zuckerberg, passed with more than 58% of the vote. Possessing heroin, cocaine, methamphetamine and other drugs for personal use is no longer a criminal offense in Oregon.

Those drugs are still against the law, as is selling them. But possession is now a civil – not criminal – violation that may result in a fine or court-ordered therapy, not jail. Marijuana, which Oregon legalized in 2014, remains fully legal.

Oregon’s move is radical for the United States, but several European countries have decriminalized drugs to some extent. There are three main arguments for this major drug policy reform.

In 1971, President Richard Nixon declared drugs to be “public enemy number one” and launched a “war on drugs” that continues today.

The ostensible rationale for harshly punishing drug users is to deter drug use. But decades of research – including our own on marijuana and drugs generally – has found the deterrent effect of strict criminal punishment to be small, if it exists at all. This is especially true among young people, who are the majority of drug users.

This is partly due to the nature of addiction, and also because there are simply limits to how much punishment can deter crime. As a result, the U.S. has both the world’s highest incarceration rate and among the highest rates of illegal drug use.

Roughly 1 in 5 incarcerated people in the United States is in for a drug offense.

Criminologists find that other consequences of problematic drug use – such as harm to health, reduced quality of life and strained personal relationships – are more effective deterrents than criminal sanctions.

Because criminalizing drugs does not really prevent drug use, decriminalizing does not really increase it. Portugal, which decriminalized the personal possession of all drugs in 2001 in response to high illicit drug use, has much lower rates of drug use than the European average. Use of cocaine among young adults age 15 to 34, for example, is 0.3% in Portugal, compared to 2.1% across the EU. Amphetamine and MDMA consumption is likewise lower in Portugal. 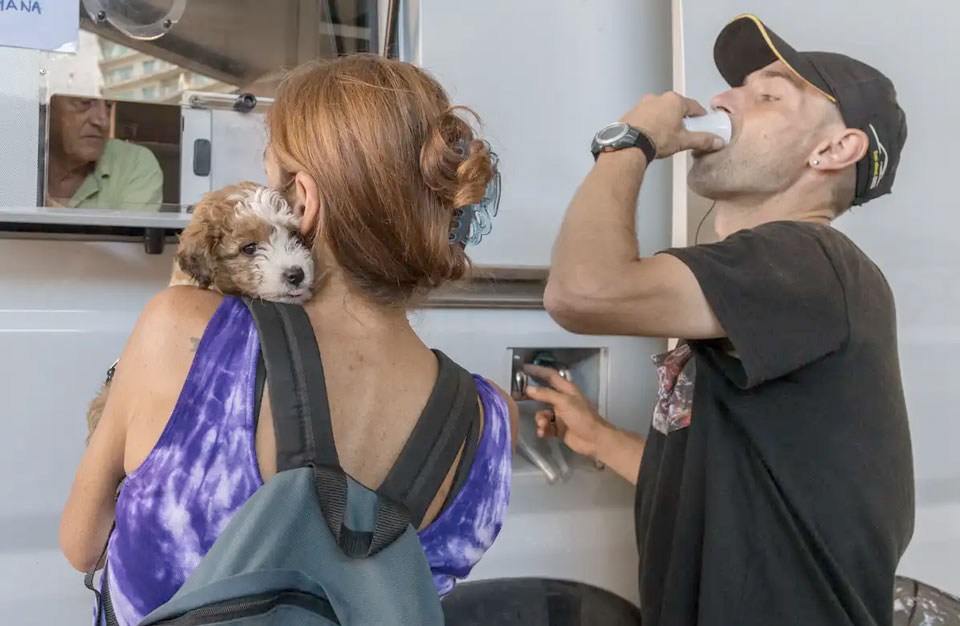 A mobile drug-services van in Lisbon gives out methadone, a medication for people with opioid use disorder, in 2017. Horacio Villalobos - Corbis/Corbis via Getty Images

2. Decriminalization puts money to better use

Arresting, prosecuting and imprisoning people for drug-related crimes is expensive.

The Harvard economist Jeffrey Miron estimates that all government drug prohibition-related expenditures were US$47.8 billion nationally in 2016. Oregon spent about $375 million on drug prohibition in that year.

Oregon will now divert some the money previously used on drug enforcement to pay for about a dozen new drug prevention and treatment centers statewide, which has been found to be a significantly more cost-effective strategy. Some tax revenue from recreational marijuana sales, which exceeded $100 million in 2019, will also go to addiction and recovery services.

Not everyone who uses drugs needs treatment. Decriminalization makes help accessible to those who do need it – and keeps both those users and recreational users out of jail.

Another aim of decriminalization is to mitigate the significant racial and ethnic disparities associated with drug enforcement.

Illegal drug use is roughly comparable across race in the U.S. But people of color are significantly more likely to be searched, arrested and imprisoned for a drug-related offense. Drug crimes can incur long prison sentences.

Discretion in drug enforcement and sentencing means prohibition is among the leading causes of incarceration of people of color in the United States – an injustice many Americans on both sides of the aisle increasingly recognize.

Freed up from policing drug use, departments may redirect their resources toward crime prevention and solving violent crimes like homicide and robbery, which are time-consuming to investigate. That could help restore some trust between law enforcement and Oregon’s communities of color.

One common concern among Oregonians who voted against decriminalization was that lessening criminal penalties would endanger children.

“I think it sends a really bad message to them, and influences their perception of the risks,” James O’Rourke, a defense attorney who helped organize the opposition to measure 110, told Oregon Public Broadcasting in October.

But U.S. states that legalized marijuana haven’t seen adolescent use rise significantly. In fact, marijuana consumption among teens – though not among college-aged Americans – actually declined in some states with legal marijuana. This may be because legal, regulated marijuana is more difficult for minors to get than black-market drugs. 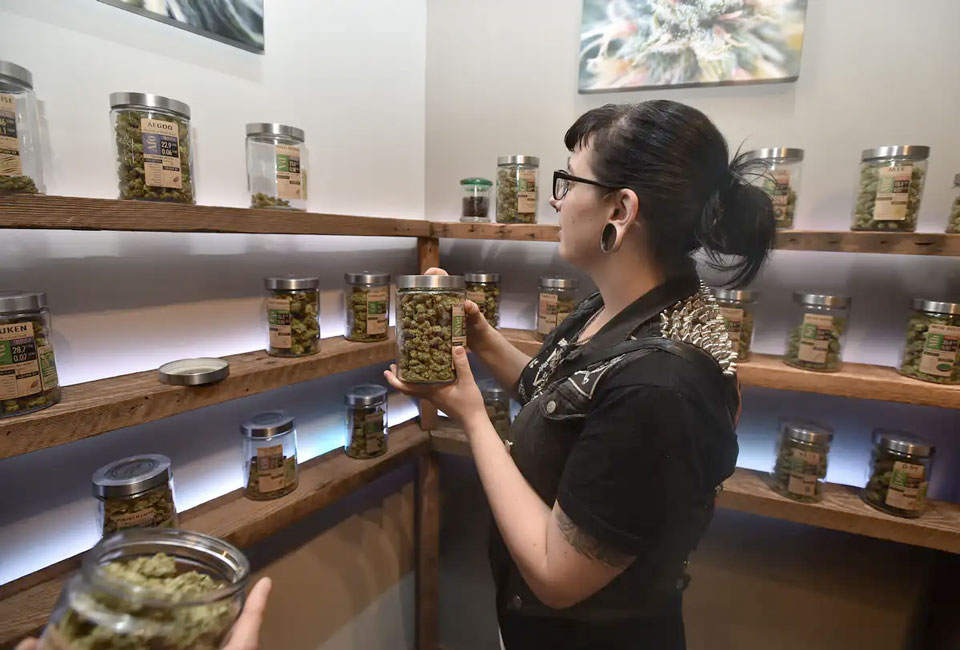 Customers must be 21 or older to purchase marijuana from dispensaries like Oregon’s Finest, in Portland. (Josh Edelson/AFP via Getty Images)Research also shows that for some people, particularly the young, banning a behavior makes it more alluring. So defining drugs as a health concern rather than a crime could actually make them less appealing to young Oregonians.

Another worry about decriminalization is that it will attract people looking to use drugs.

So-called “drug tourism” hasn’t really been a problem for Portugal, but it happened in Switzerland after officials in the 1980s and 1990s began officially “ignoring” heroin in Zurich’s Platzspitz Park. People came from across the country to inject heroin in public, leaving discarded needles on the ground.

The local government shut down Platzspitz Park. But rather than chase off or arrest those who frequented it, it began offering methadone and prescription heroin to help people with opioid use disorder. Public injection, HIV rates and overdoses – which had all become a problem in Zurich – plummeted.

Certain parts of Oregon already have higher rates of public drug consumption, namely Portland and Eugene. Because public drug use is still illegal in Oregon, however, we don’t expect a Platzspitz Park-style open drug scene to emerge. These places should benefit from the expansion of methadone programs and other medication-assisted treatment, which is endorsed by the American Medical Association.

If neighboring Washington state decriminalizes drugs, which it is considering, the chances of drug tourism would drop further.

There are risks with any major policy change. The question is whether the new policy results in a net benefit.

In Portugal, full decriminalization has proven more humane and effective than criminalization. Because drug users don’t worry about facing criminal charges, those who need help are more likely to seek it – and get it.

Portugal’s overdose death rate is five times lower than the EU average – which is itself far lower than the United States’. HIV infection rates among injection drug users also dropped massively since 2001.

These policies show that problem drug use is a public health challenge to be managed, not a war that can be won.

This story was originally published on The Conversation.