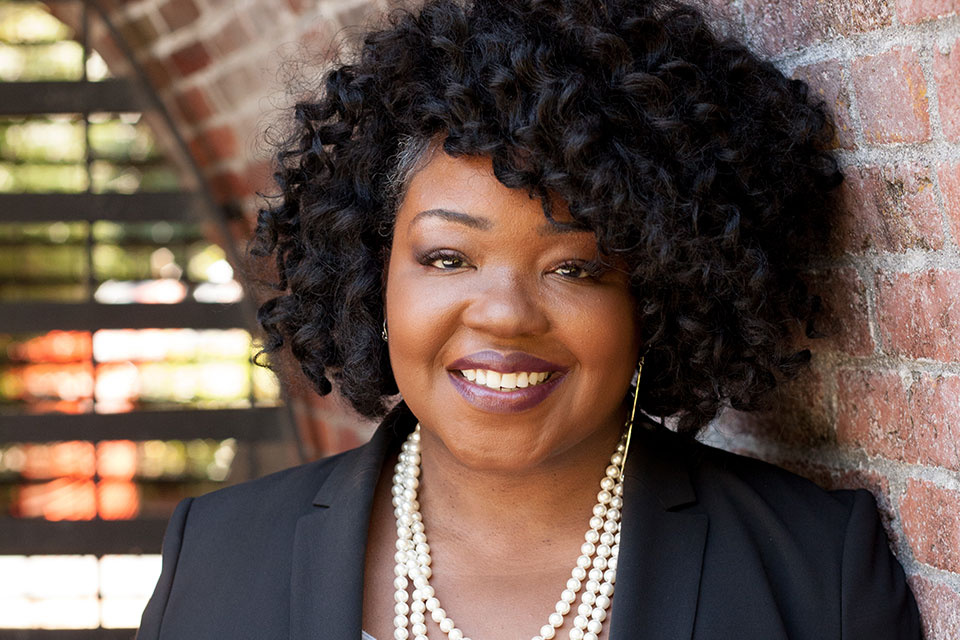 The interim director of the Multnomah County Health Department will take over at the beginning of flu season and in the thick of a global pandemic. But Ebony Clarke is no stranger to tackling a new role in the midst of challenging times.

Clarke was appointed temporary director of the Health Department's Mental Health and Addiction Services Division in 2018, during a criminal investigation into the agency’s mishandling of hundreds of calls made to the Adult Protective Services abuse hotline. There, Clarke partnered with then-Health Director Patricia Charles-Heathers to quickly overhaul the program. Soon after her position was made permanent, Clarke oversaw a misconduct investigation into three mental health court program managers and a mental health consultant, all of whom ultimately resigned.

Clarke, a Portland native, believes her background in behavioral health will serve her well.

“When I think of health, I think of it more than the absence of disease,” Clarke told The Skannner.

“It’s a state of complete physical, mental, and social well-being. And with well-being, having physical, cognitive, social and emotional dimensions that all work in tandem as we navigate our world in a healthy way. That’s the premise I work from when I think of health. And so being interim health department director, it’s about thinking, What does health mean from both a community as well as an individual perspective? And how do we have a perspective that’s flexible and nimble and agile enough to meet the vast unique needs of the members of our community?”

Outgoing director Charles-Heathers cited family reasons in her decision to step down, and alluded to significant personal loss over the past year in an email to Health Department employees.

“In reflecting on the intensity of the last few months, I realize I haven’t taken time to fully mourn the passing of close family members,” Charles-Heathers wrote. “I haven’t taken the time I need to grieve and heal.”

In accepting the interim position, Clarke promised to continue the department’s unified response to the “twin pandemics” of COVID-19 and racism as a public health emergency.

“When you think about the definition of pandemic, I think, simply put, it speaks to an issue that impacts an entire nation,” Clarke said. “And clearly, our entire nation has been impacted by the legacy of racism and its various kind of roots, whether it’s the roots specific to the colonization that impacted our native and indigenous people, or the legacy of slavery, for example.

"I believe that racism is a public health crisis.”

A study published in the Journal of General Internal Medicine last May found that Black Americans are 3.5 times more likely to die from COVID-19 than White people. In Multnomah County currently, the black, indigenous and people of color (BIPOC) community is experiencing 47% of COVID-19 cases, despite making up only 29% of the population.

As Aileen Alfonso Duldulao, MD.,a senior epidemiologist in the Multnomah County Health Department, said, this is partly due to the fact that members of the BIPOC community are more likely to be essential workers in public-facing jobs, and are more likely to experience hospitalization with the virus due to racial disparities in underlying conditions and chronic disease. These communities also experience more barriers to health care access: A study of emergency department care outcomes in the U.S. concluded that medical professionals were 10% less likely to admit Black patients to the hospital when compared with the rate of admittance for White patients.

“In everything we do, from policy to practice, you see the legacy of racism that’s played out by a structural and institutionalized racism,” Clarke said. “And so how do we do our work, and hold ourselves accountable, and to be accountable to the people? It starts with looking at it from a policy lens, but it also starts with working with those that we serve in a new way.”

Her predecessor, Charles-Heathers, adopted the Equity Leadership Program to increase equity and diversity among county Health Department staff. Clarke does not believe such work should be preempted by the COVID-19 crisis.

“It’s a balance of always working to diversify the workforce,” Clarke said, “but also highlighting the responsibilities that everyone has in understanding the legacy of the harm and the distrust, and understanding what their role is in moving forward in dismantling that.”

For her part, Clarke says she brings with her a trauma-informed approach.

“Some of the key elements that go into that include working to be aware of creating spaces that are geared to create safety for the most marginalized, and that includes trustworthiness and transparency,” Clarke told The Skanner. “It includes collaboration and empowerment and choice. And then just being a behavioral health expert, I think that we recognize that in order to be effective in what we do, we have to consider the whole person, and not just a piece of the person. I feel like I can bring my perspective around working to create a structure that upholds a holistic and person-centered standpoint, or purview.”

Clarke was born prematurely to a mother who struggled with drug and alcohol addiction. In early childhood, Clarke resided in a residential treatment center with two siblings and her mother, Helen Sloan, who got sober and became a peer mentor.

“Growing up, I always said I wanted to be a counselor,” Clarke said. “I think in second or third grade I didn’t know the term ‘therapist,’ but I wanted to help people. Based on how I grew up, that’s what I saw and that’s what I knew.”

She earned a master’s of social work degree from the University of Oregon, but not before a kindly redirect from school administrators.

“I initially thought I wanted to be a teacher,” Clarke said. “When I was applying to the school of education, there were two tracks: the human service side and the teaching side. They read my essay, and based on what they read of what was in my heart, they said ‘You need to do this’ and I was put on this path to be a social worker...I talked with my friends, I talked with my mom, and they said, ‘They heard you. They saw you. They understood what your passion is.’”

Clarke began her career as a counselor at LifeWorks NW, where she helped Black youth cope with mental illness and overcoming addiction. She was quickly promoted to supervisor, and later service director, and began working for the county in 2010.

“Time is of the essence, and so I have to leverage each moment now to begin to inform myself and kind of do some initial downloading, so then I can just be part of a greater understanding and understand context and foundation, as I officially step in,” she said. “It’s started.”