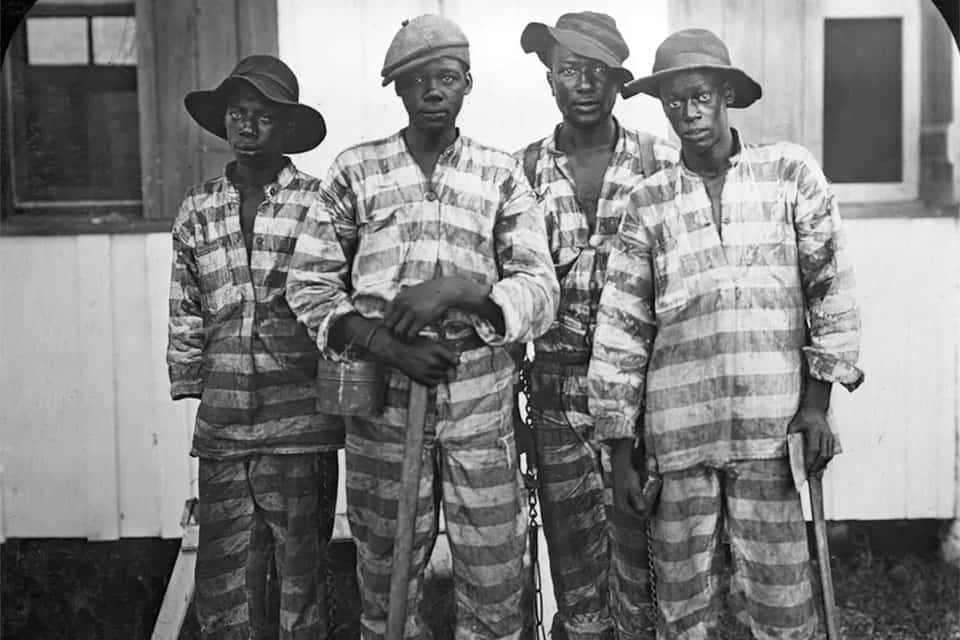 Today 900,000 individuals in the U.S. still forced to work for others’ profit

The 13th Amendment abolished most—but not all—slavery, permitting slavery or involuntary servitude “as a punishment for crime.” The Abolition Amendment would finally finish the job started by the Civil War, Emancipation Proclamation, and 13th Amendment and end the morally reprehensible practice of slavery and forced labor in America, and send a clear message: in this country, no person will be stripped of their basic humanity and forced to toil for someone else’s profit.

“America was founded on beautiful principles of equality and justice and horrific realities of slavery and white supremacy, and if we are ever going to fully deliver on the principles we have to directly confront the realities,” said Senator Merkley. “The exception to the 13th Amendment’s ban on slavery corrupted criminal justice into a tool of racist control of Black Americans and other people of color, and we see that legacy every day in police encounters, courtrooms, and prisons throughout our country.

"Slavery is incompatible with justice. No slavery, no exceptions.”

“Our Abolition Amendment seeks to finish the job that President Lincoln started by ending the punishment clause in the 13th Amendment to eliminate the dehumanizing and discriminatory forced labor of prisoners for profit that has been used to drive the over-incarceration of African Americans since the end of the Civil War.  No American should ever be subject to involuntary servitude, even if they are incarcerated,” said Congressman Clay.

“As we take on the long and difficult challenge of rooting out systemic racism in our nation, ending the slavery loophole in the 13th Amendment is critical step in that challenge. Slavery is our nation’s original sin and this loophole has been exploited for far too long to criminalize Black and Brown Americans. I am proud to cosponsor the Abolition Amendment that pushes us as a nation to address our failures and create a path towards true justice for all Americans,” said Senator Markey.

“Systemic racism, in all its ugly forms, must be rooted out and eliminated from American institutions. This change to the 13th Amendment will finally fully rid our nation of a form of legalized slavery and prevent the shameful use of forced labor in our prison systems. This is a long overdue step on our road to a more just and equal country for all,” said Senator Van Hollen.

Following the ratification of the 13th Amendment, including the Punishment Clause, in 1865, Southern jurisdictions arrested Black Americans in large numbers for minor crimes, like loitering or vagrancy, codified in new ‘Black Codes,’ which were only applied to Black Americans. The Punishment Clause was then used by sheriffs to lease out imprisoned individuals to work landowners’ fields, which in some cases included the very same plantations where they had been enslaved. The practice grew in prevalence and scope to the point that, by 1898, 73% of Alabama’s state revenue came from renting out the forced labor of Black Americans.

The Punishment Clause’s facilitating and incentivizing of minor crime convictions continued to drive the over-incarceration of Black Americans throughout the Jim Crow era. Ultimately, by creating a financial incentive for mass incarceration, it also continued to fan the flames of the War on Drugs and the proliferation of ‘three strike’ laws, severe plea deals, and harsh mandatory minimum policies, which have had a disproportionate impact on communities of color in America for generations.

Those policies have driven an $80 billion detention industry and a rate of American incarceration that is nothing short of a crisis, with 2.3 million prisoners—20% of the world’s incarcerated population—residing in the United States.

“This change is long overdue.

"The punishment clause in the 13th amendment is a legacy of slavery that has allowed people incarcerated, disproportionately Black and brown, to be exploited for decades. It is long past time that Congress excise this language from the US Constitution which should begin to put an end the abusive practices derived from it,” said Deputy Director of the US Program at Human Rights Watch Laura Pitter.

“While the U.S. government condemns other countries for permitting and even encouraging forced labor, our own system of prison labor often contradicts our values - and our own laws against labor trafficking. We are grateful to Senator Merkley and Representative Lacy Clay for taking this step toward ending forced labor and labor trafficking in the U.S. prison system,” said Polaris CEO Catherine Chen.

“The systematic exploitation of incarcerated people is immoral.

"Incarceration is not a justification for inhumane compensation.

"This relic of slavery strips people of their dignity and harms their chances of successful rehabilitation and re-entry. Enough is enough. I’m proud to support Senator Merkley in his goal to put an end to forced labor and end the slavery loophole once and for all,” said Dream Corps CEO Nisha Anand.

“Since the founding, Americans have worked to make our union ever more perfect, bending the arc of our Constitution further toward progress. This Amendment—prohibiting the enslavement and involuntary servitude of persons convicted of crimes—is a painfully overdue continuation of the effort to make us more equal, more inclusive, and more free. We simply cannot allow any exception to the prohibition against slavery and involuntary servitude to persist in our nation’s governing charter,” said Constitutional Accountability Center President Elizabeth Wydra.

“We want to thank Sen. Merkley and Rep. Clay for their leadership on this important racial justice issue, and for shining a light on something that is not just about a symbol or a vestige of the past, but something that reverberates and has consequences today,” said Clint Odom, Senior Vice President for Policy and Advocacy, National Urban League.

“Many Nebraskans were unaware our state constitution still contained language that permitted slavery and involuntary servitude, but when given the opportunity to make a meaningful change, to take a step towards righting a wrong, we did – because we understood this isn’t a partisan issue but a moral one,” said Vote for Eliminating Slavery in Nebraska Treasurer Melina Cohen.

Support for the Abolition Amendment

The full text of the legislation is available here. A summary can be found here.