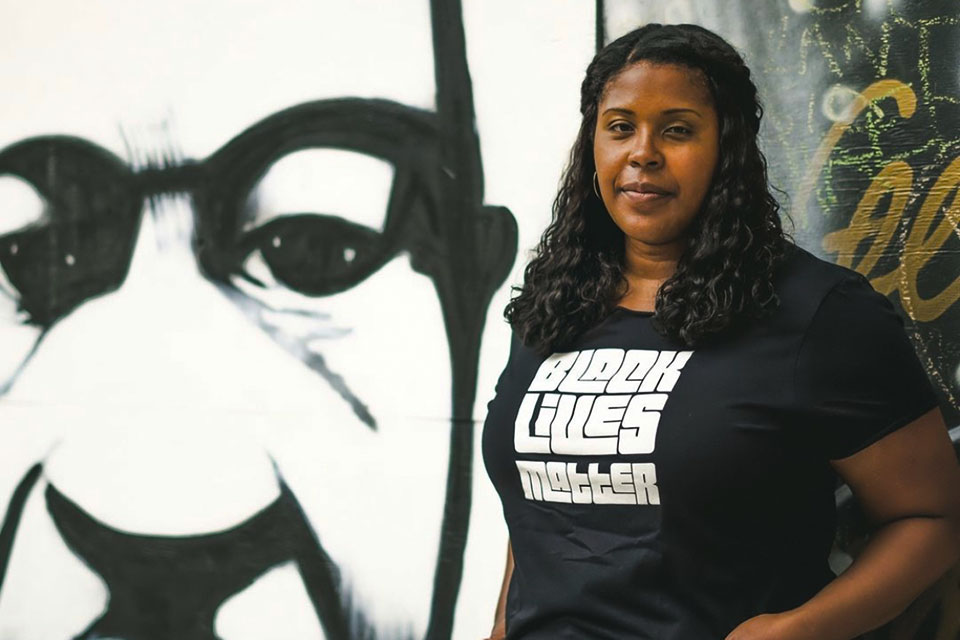 Y’Nique Wright had enjoyed a month of welcoming her loyal clients into her new, personalized salon off 13th and Alberta when she was forced to close up shop for nearly four months due to the pandemic. She still had to pay rent and utilities at the opulent yet welcoming space, which boasts four service stations and was the realization of Wright’s more than 12 years in the business. 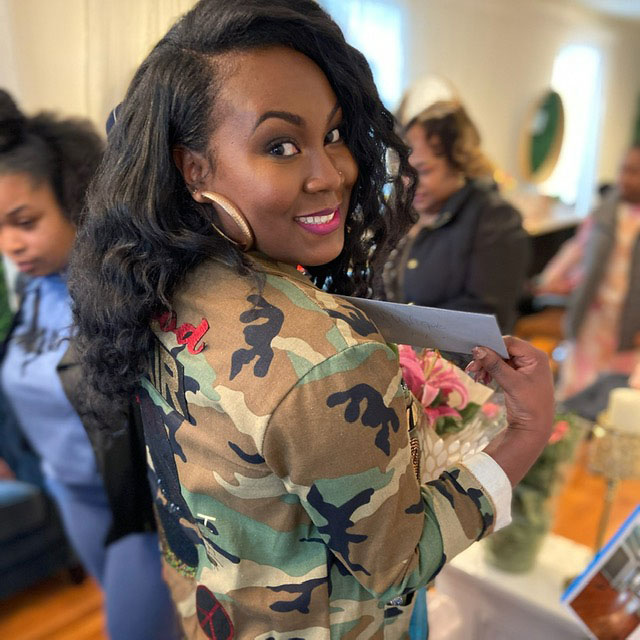 Y'Nique Wright opened her salon off Alberta shortly before the pandemic shutdown. She has been able to keep her business afloat through a combination of savings, an SBA grant, private loans, and support from her clients. “The first maybe three or four weeks of the whole shutdown of quarantine I was really depressed, I pretty much put myself in the sunken place,” Wright told The Skanner. “Being a hairstylist is literally a lifestyle. We’re also human diaries -- we carry a lot of weight, to the point where I was working and being at the salon more than being at home.”

She used the time to pray and take care of herself, as she used her savings to keep her business intact. A Paycheck Protection Program loan through the Small Business Administration allowed her to cover one month's rent. Her landlady allowed her to defer another month. Wright made up the difference with a loan through small business lender Kabbage, and she began selling gift cards in anticipation of Y’Nique Touch Salon’s re-opening. Sometimes she’d wake up to virtual tips clients sent via Cash App. One longtime customer even gifted her $1,000, Wright said.

She did not receive any of the relief grants she applied for.

“It had to be at least a hundred,” Wright said.

“Everything that was thrown my way, I took full advantage to apply.”

Looking back, Wright assumes she was likely passed over for such grants due to the high volume of applications, as well as the newness of her business and the fact she wasn’t able to show many profit and loss statements. 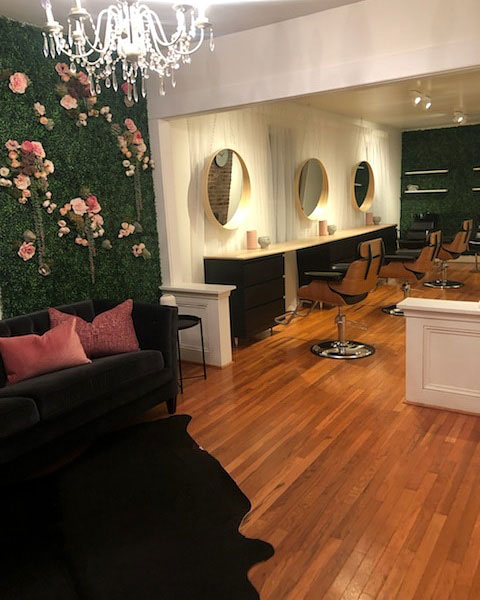 Y’Nique Touch SalonWright has since reopened, although the structure of her workday has changed as she says she follows CDC guidelines “to a T,” which has meant serving clients much below her normal capacity. While she used to be able to often juggle two clients at once, she is only able to service one at a time, and follows each appointment with a thorough 10-minute disinfecting regimen. While she used to book up to 10 clients a day, the most she can serve now is five. Two other stylists who work from her salon alternate days and maintain more than six feet of distance between their stations.

While her salon survives, Wright finds it difficult to do much more than catch up with business expenses.

Damala Badon’s bakery was marking its year anniversary on Glisan Street when the pandemic hit, causing a 65% decline in sales.

Business has seen an uptick at DB Dessert Company, but Badon was forced to lay off staff, and the bakery that used to only be closed on Sundays is now open five hours a day, five days a week.

“There were moments where I wasn’t sure if it was going to work,” Badon said.

“When you’re bleeding money every which way, it’s hard to decide and make that decision. This is my only income source for my family, and we’ve made adjustments to how we operate and how we do things.”

She secured a grant through Prosper Portland’s Small Business Relief Fund, which helped her meet payroll and cover overhead expenses. She is currently waiting to hear back on a number of other grant applications.

As Badon and Wright have seen, small business relief grants are numerous, but far outweighed by demand.

In July, representatives from some Black-owned businesses that have received funding from the Black Resilience Fund submitted testimony to the Oregon State Legislature in favor of the Oregon Cares Fund. They argued they had been denied “immediate and sufficient public support” to help maintain their businesses, and said the lack of “targeted public resources” had hurt the Black business community as a whole.

Their struggles included being unable to afford retail or service space, and being unable to work from their own homes due to lease restrictions, as well as increased expenses when shifting trade conditions meant they had to depend on more expensive wholesalers.

Some were forced to close their business after being denied Small Business Administration loans, which appears to happen to Black business owners at a disproportionate rate.

The Brookings Institute found that the five million Paycheck Protection Program loans released as of September had been dispersed more widely and more quickly to businesses in largely White neighborhoods, with business owners of color often being last to receive payment, and being denied at higher rates.

Because loan data does not always include the recipient's race, it is difficult to quantify these disparities, but a Goldman Sachs survey of 1,700 small business owners participating in its 10,000 Small Businesses Program found that only 40% of Black-owned enterprises successfully received funding through PPP, while on average 52% of applicants were approved.

More locally, the Oregon Cares Fund said that in 2019, the SBA backed only four loans to Black-owned businesses in the entire state. Such data backs the Legislature’s approval of the Oregon Cares Fund for Black Relief and Resiliency, which last month awarded its first round of grants throughout the state. The $62 million program is funded through the federal CARES Act Coronavirus Relief Fund.

Increasingly, Black business owners have had to seek out targeted or unconventional programs to access operations-sustaining capital. 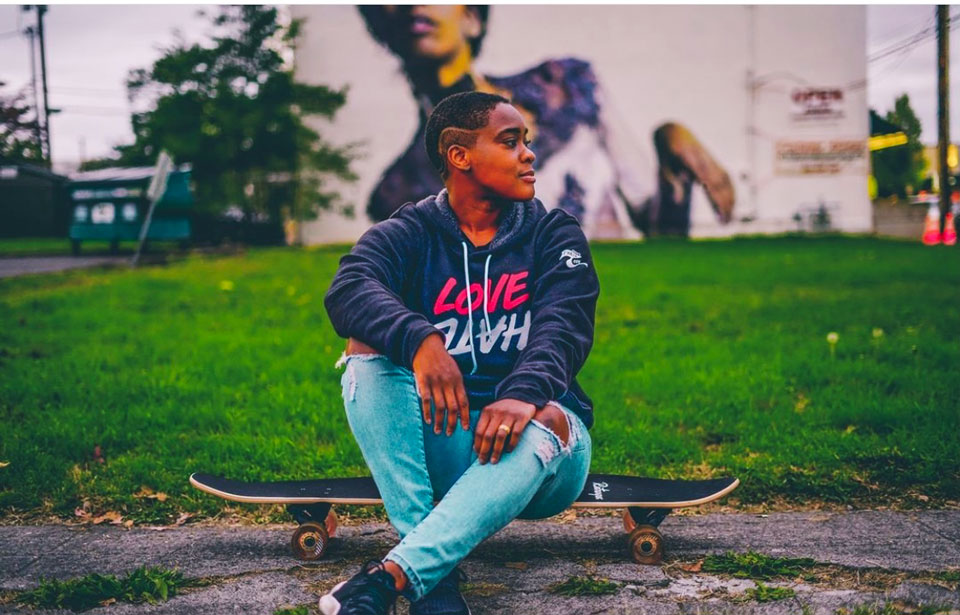 A design from Kamelah Adams' Mimi's Fresh Tees line. (Photo/Jess Vanterpool)Kamelah Adams got a boost from the Portland Thorns, which sponsored her Mimi’s Fresh Tees line during the team’s fall season and ultimately scored her a $25,000 grant from the National Women’s Soccer League. Of course, this was hardly a predictable source of support, and Adams had nearly retired her brand earlier this year.

Adams was inspired to funnel her community advocacy work through her love of design to create shirts that read "MAKE RACISM WRONG FOR ONCE" and hats bearing the slogan "MAKE RACISM WRONG AGAIN.” Other designs have drawn attention to the fact that Black history goes back so much further than slavery in the U.S., and urges love over hate.

“It’s all about social justice and inequality, because that’s so important,” Adams told The Skanner, “and also I love to share ‘love over hate’ messages, because I feel like we need that now.”

Sales were flat, however, and she was thinking of closing up shop in May. That all changed when protests against George Floyd’s murder at the hands of Minneapolis police broke out in Portland.

“However, it was still difficult to have that working capital to fill all the orders I received,” Adams said. “Luckily I got some help from friends, dipped into my savings.

"I was able to make it happen.”

But Adams acknowledges that fellow Black entrepreneurs have a difficult time accessing resources, and she was unable to secure additional funding despite more than one application to Prosper Portland’s small business relief program.

“I know they got a lot of applications, but I think we just need more of that,” Adams said. “We need more grant opportunities, especially now that we’re back in this phase zero with COVID (restrictions), and a lot of people are losing their jobs.”

And even as Adams’ shirts became more and more ubiquitous at the demonstrations in downtown Portland, she had to face another, more violent, threat to her business.

“On top of going through COVID and business challenges, I received this hate letter in July, mailed to my home,” Adams told The Skanner. “It had over nine racial slurs, and this person said that he was going to murder me and my daughter with an AR-50.”

She said the incident highlighted a sentiment she expresses in her designs: Black people don’t feel safe in Portland.

“It’s not okay, but I do know there are people in our community who have our back,” she said.

That includes the women’s soccer community, and Adams says the new grant will allow her to secure a permanent production space, hire on a couple part-time staff members, and advertise Mimi’s Fresh Tees.

For more information and to apply to the Oregon Cares Fund for Black Relief and Resiliency, visit thecontingent.org/oregon-cares/.