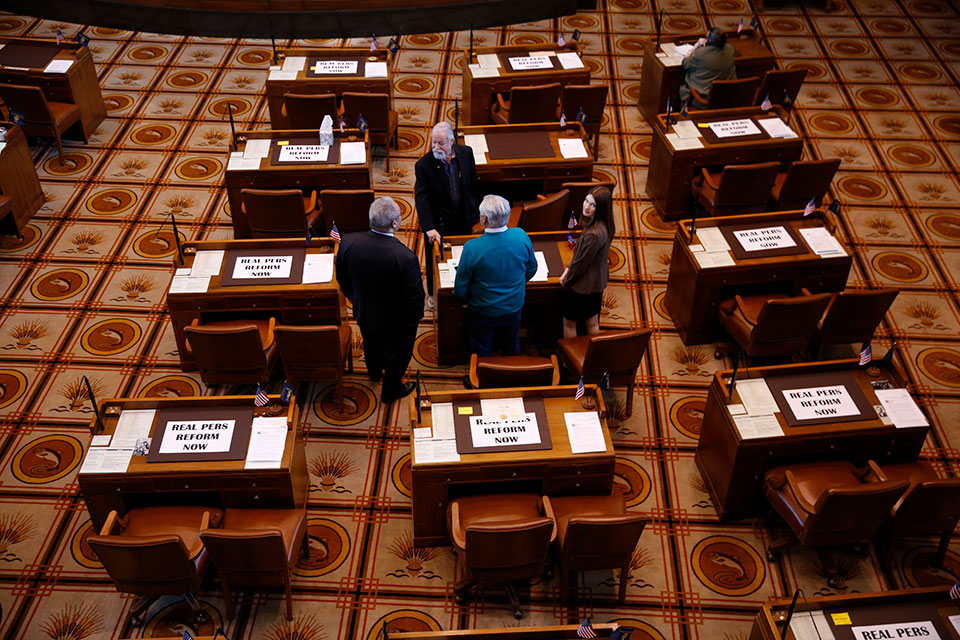 Following the unofficial results of the 2020 election, Oregon Democrats are predicted to hold onto their three-fifths supermajority in the state Senate and House. However, the party did not pick up enough seats to expand to a quorum-proof majority, which would prevent work from ceasing in the Capitol if Republicans leave Salem again.

“It looks to me like the Democrats performed almost exactly as expected but not quite up to their hopes," said Christopher McKnight Nichols, an associate professor at Oregon State University’s School of History, Philosophy, and Religion.

Democratic lawmakers easily won in reliably blue areas such as Portland and comfortably held onto seats in the suburbs.

Seats flipped at the coast

But along the coast three Democratic seats had flipped, according to unofficial vote counts published on Oregon's Secretary of State website. None of the three seats had a Democratic incumbent candidate running.

Despite Democrats and supporters pouring more than $400,000 into ads, in an effort to keep House District 32, which has been held by Democrats for three decades, Republican Suzanne Weber won the seat.

“Oregonians voted for Republican legislators because they want their voices to be heard at the table, to address the challenges facing our state, including the underlying weakness in our economy and its impact on families, communities, schools and safety net services,” said Rep. Christine Drazan, the leader of the minority Republicans in the House.

Anderson and Wright both ran on the platform that they will bring the voices of residents on the coast to the Capitol, where they say lawmakers have long “ignored” them.

Although Democrats lost three seats, observers say it seems the party will keep their power balance in the House by 37 to 23 margin by winning a seat in Bend and in the Senate 18 to 12.

House Speaker Tina Kotek, told The Oregonian Friday that “the goal in the House was to defend our supermajority. And we did that.”

But Democrats missed a rare opportunity.

If the party was able to gain enough new seats in the House and Senate to become a two-thirds supermajority it would have made Republican walkouts ineffective as Democrats would be able to meet quorum to vote even if Republicans were not in attendance.

In May 2019, a series of walkouts by Republican senators began to block a school funding tax. They returned after Democrats scrapped bills on gun control and another that would have limited religious exemptions from vaccines. 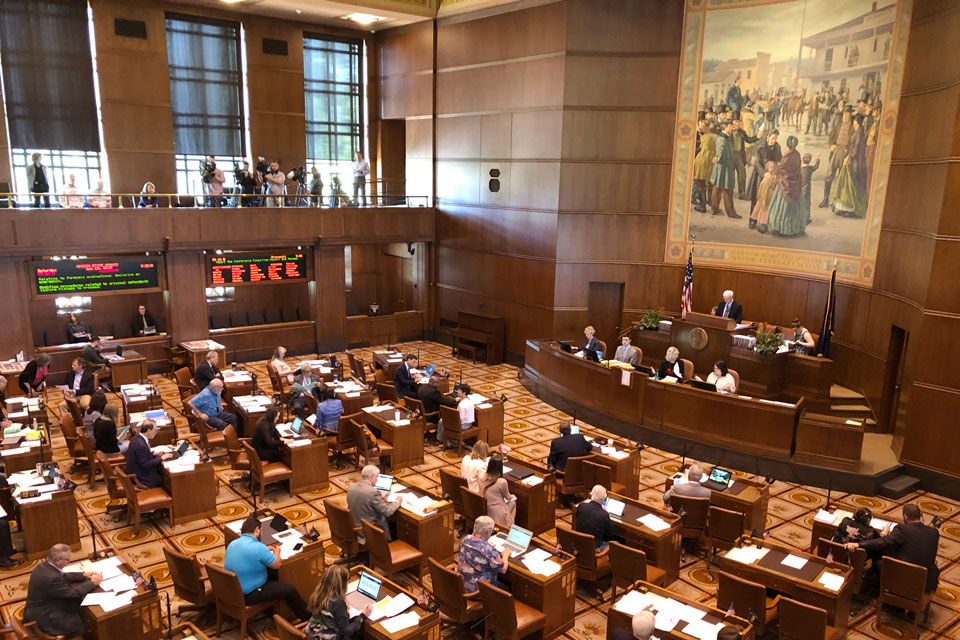 In this June 29, 2019, file photo, lawmakers convene at the Oregon Senate after the minority Republicans ended a walkout over a carbon-emissions bill they said would harm their rural constituents, at the Oregon Senate in Salem, Ore. Oregon's Democratic lawmakers will fall short of winning enough state legislative seats to prevent Republicans from staging walkouts that have halted action at the Capitol in recent years. Following the unofficial results of the 2020 election, Oregon Democrats are predicted to hold onto their three-fifths supermajority in the state Senate and House. (AP Photo/Andrew Selsky, File)The next month, Republicans again did not show up to the Capitol in order to stop a cap-and-trade bill designed to institute a carbon tax in state. During that time Gov. Kate Brown sent state police to bring the absent Republican senators back to the Capitol, and in response some senators fled the state.

Walkouts continued in 2020 when Republicans from both the House and Senate did not attend short sessions.

In the wake of the walkouts, hundreds of bills failed to advance.

And while some believed that Republicans would be punished on the ballot, for their strategies in the Capitol, that has not been the case.

“Though it seems that the voters in the state, overall, disliked the walkout strategy it didn’t hurt Republicans as much as Democrats hoped it would,” Nichols said.

But with the election nearly concluded lawmakers are hoping to set aside party differences to focus on the immediate needs of Oregonians.

“In the coming session, we will focus on the basic needs facing Oregonians who are on the brink due to the coronavirus pandemic, wildfires and other structural inequities," Kotek told The Associated Press. "Basic needs are not partisan issues, and my hope and expectation is that everyone will arrive on opening day ready to work.”

Nichols called the upcoming legislative session as “one of the most important moments in Oregon politics in several generations."

So what are the odds of further Republican walkouts?

“It will be much more difficult for Republicans to walkout when relief for small business, people struggling with health and questions regarding paths forward with local and state level debt are at stake,” Nichols said. “Not taking action is going to have much higher consequences for their constituents.”

The Republican Caucuses for the House and Senate did not respond to requests for comment about the possibility of future walkouts.

“Now that this election is over, it’s time to come together and govern," Kotek said.

"There is more that unites us than divides us, and it’s time to get to work on behalf of Oregonians who need our support more than ever.