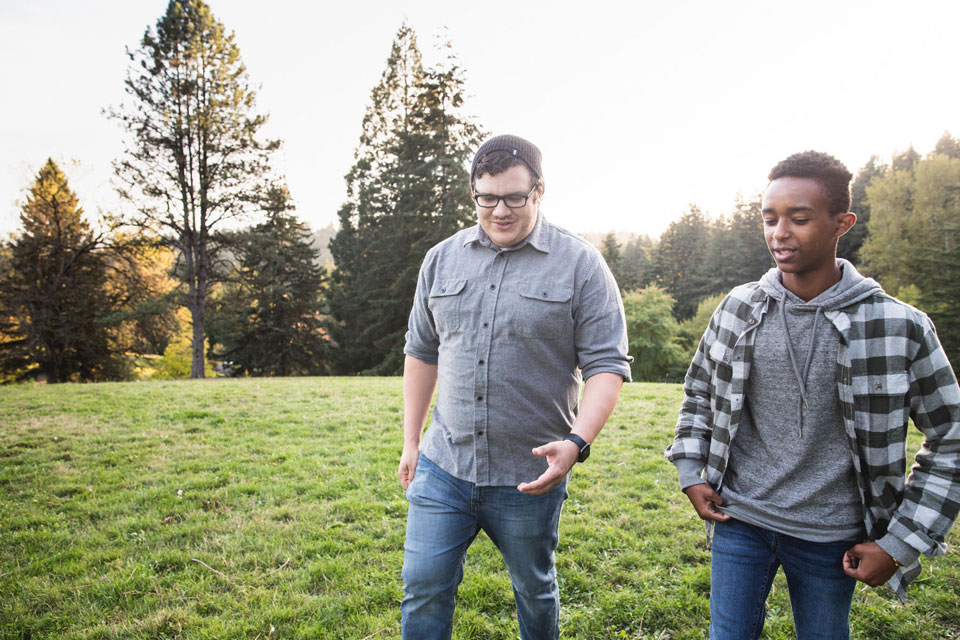 A book series founded in Portland, featuring Portland writers, is about to see a bump in sales from the “Oprah Effect.”

A Kids Book About was launched a year ago by local entrepreneur and father, Jelani Memory. A biracial lifelong Portland resident, Memory had already created an age-appropriate book about racism for his children. That book has served as a model for other titles that broach complicated topics adults often have difficulty navigating with children -- death, depression, shame, cancer, suicide, body image, anxiety, and failure among them. Many of A Kids Book About’s offerings are more upbeat, covering creativity, adventure, optimism, and community. 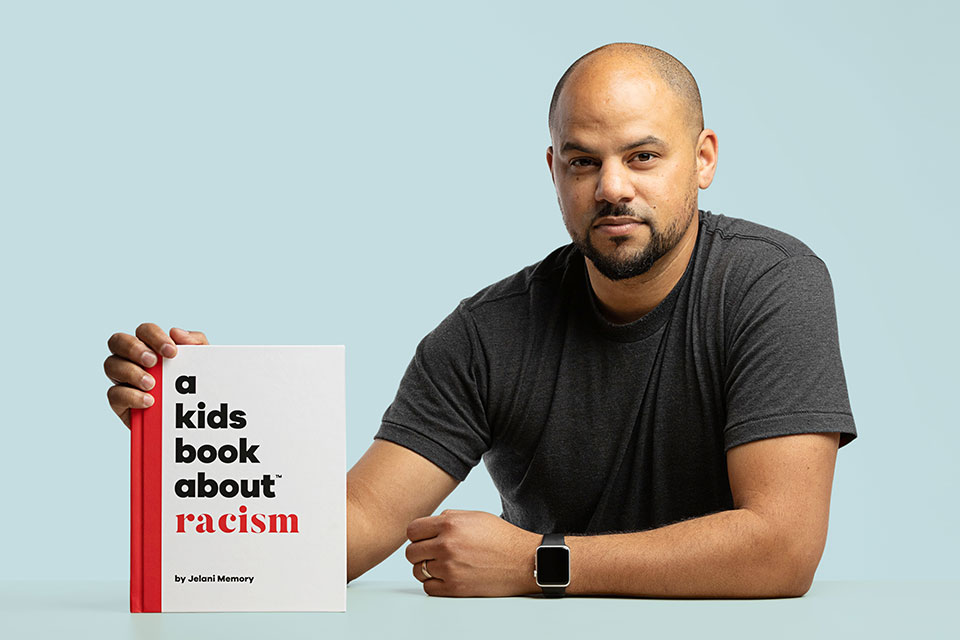 Local author and entrepreneur Jelani Memory launched the A Kids Book About series to help adults and kids discuss complicated subjects. Oprah Winfrey is featuring the series in her yearly holiday gift guide.The books caught the attention of Oprah Winfrey and her creative team as they were putting together Oprah’s Favorite Things list, which this year is highlighting Black-owned and Black-led businesses. The list has become a much-anticipated holiday shopping guide for many, and a recommendation from Oprah notoriously means a huge spike in sales, with some small vendors seeing their business triple.

It is an especially noteworthy honor because Oprah and her team continue to seek out the featured items, and there is no application process for businesses hoping to have their products featured.

“You don’t call Oprah, Oprah calls you,” Stephen Green, vice president of operations at A Kids Book About, told The Skanner.

“She had heard personally about the books.”

Not Just for Kids

“The truth is that adults are going to benefit from this,” author Jordan Thierry told The Skanner. “This is not something for a kid to read on their own, especially a five- or six-year-old, because it needs to be contextualized, it needs to be supported -- there’s going to be so many questions that will come up.”

Thierry is a Portland-based documentarian whose work includes The Black Fatherhood Project, a study of the societal and psychological dimensions of Black parenting. Thierry, who has been friends with Memory since high school, wrote A Kids Book About Systemic Racism, a follow-up to Memory’s flagship book. 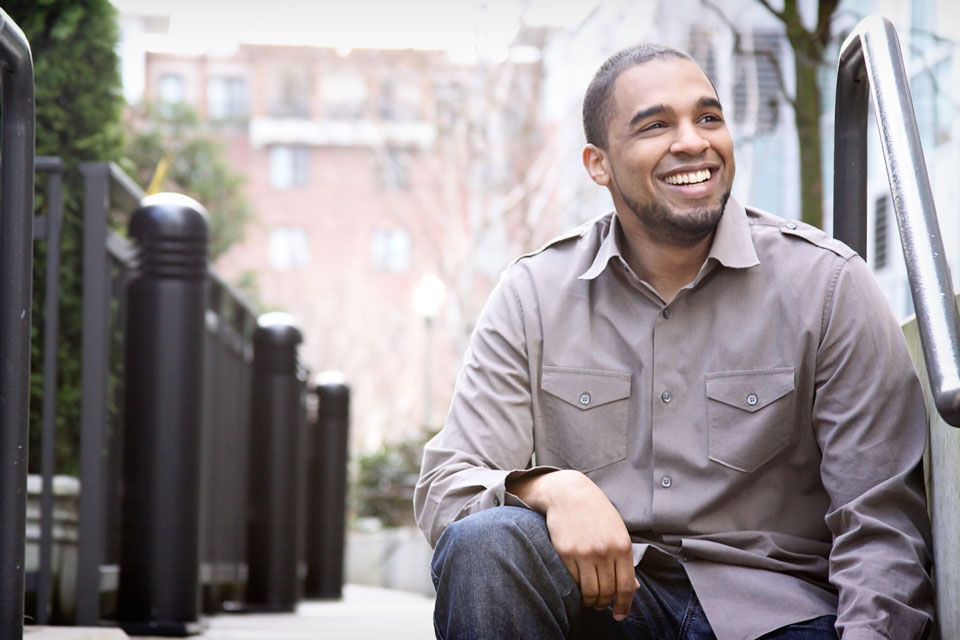 Local documentarian Jordan Thierry wrote Systemic Racism, the follow-up to A Kids Book About's flagship title, Racism.“Understanding what individual racism experiences are like and what that comes from is important, but also understanding at the systems level how racism continues to thrive, is really important for young people to know and understand,” Thierry told The Skanner. “There is a void in between knowing that generally, everyone agrees with Dr. King’s ‘I Have A Dream’ speech, and generally agree we should all be equal, and the reality of deep racial injustice in this country, and how do we reconcile those two truths?”

The books contain no illustrations, only text, solid background, and interesting if simple design. The effect is conversational, using each author’s personal experience as an introduction to the larger subject.

“We start sharing my story, and how racism impacted me, and how it made me feel, and then it starts to explain what I learned about systemic racism and how racist ideas are built into our laws and institutions,” Thierry said. “I talk about the founding of this country, and how resources were allotted, and the way that even those decisions and actions early on in this country’s history created what we are experiencing today in many ways.”

Each of the series’ books is written by a different expert with professional or personal knowledge of the topic -- often both. As the series has grown, Memory has attracted increasingly recognizable names, like the Trail Blazers’ performance coach, Ben Kenyon, who writes about gratitude. Evelyn Yang, wife of recent presidential candidate Andrew Yang, wrote A Kids Book About Sexual Abuse after speaking out earlier this year on her own assault by a doctor.

But much of the series has been written by Portland-based experts, some of whom approached Memory after interacting with the earlier publications.

Impressed by the series, middle school principal Nabil Zerizef proposed writing A Kids Book About Adoption with former student Leul Gurske, who was born in Ethiopia and adopted at the age of two. Zerizef adopted his now-two-year-old son Adi at birth, and was impressed by the series’ approach.

“Sometimes with adoption there’s a narrative of saviorism that happens and that everything is beautiful -- and adoption is beautiful in its own ways -- but I think sometimes books will shy away from exploring that there are difficult pieces, some trauma,” Zerizef told The Skanner. “Part of my motivation in wanting to write this book is being ok with understanding that that’s there, and that there is feeling that needs to happen too.”

Through his own experience as an educator, Zerizef believes that even early elementary school-aged children are capable of processing profound concepts, often without realizing it.

“Kids love stories, and they’re ready to have conversations more than we might think,” Zerizef said.

“Kids are so intuitive and so in-tune that they can pick up even on discomfort in your body language, or even facial expression, as you’re struggling to get through a conversation. They can see those things and they’re very receptive to it. This book is a conversation-starter, but it shouldn’t be just a one-time conversation.” 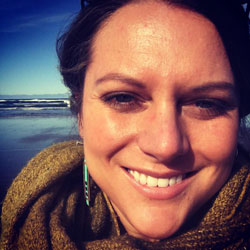 Special education teacher Nicole Lendo wrote A Kids Book About Addiction to help her students and kids like her who love someone with an addiction. Zerizef added, “People are so afraid to say the wrong thing, so my goal in writing this was to make it so grownups feel confident in starting that conversation with kids.”

Author and special education teacher Nicole Lendo has often revisited A Kids Book About titles with her third- through fifth-grade students, specifically the book about COVID-19, written by social epidemiologist Malia Jones.

“We’ve read it and every time another spike happens, or anytime anyone has questions, we’ll revisit the book,” Lendo told The Skanner. “It’s very ‘These are facts, this is what’s happening,’ and it’s very clear and concise, and I think the kids really don’t mind re-reading it. These books are still so relatable and still really impactful through the design, without having to have (illustrations) or anything, they’re just as impactful.”

Lendo contributed Addiction to the series.

“It’s a book for my students, so we can just get the conversation going. The point of view is really from not the addict themselves but somebody who has an addict in their family, or has a strong relationship with an addict. The biggest thing is, it’s not your fault.”

Lendo has found value in reading her students A Kids Book About volumes that address anxiety and empathy as well.

“I think these books help them feel ‘There’s a book about this, I must not be alone!’” Lendo said.

“We really do book publishing in a different manner than what you see in the industry, where it typically takes 18 to 24 months for a book to go from idea to hitting the market,” Green told The Skanner. “We’ve created an innovative way (to produce a book) in as little as three months.”

Design and copy editing is done in-house, and each author spends a full day workshopping an idea with the A Kids Book About team to create a framework for the book. Books are sold directly from the company’s website, which currently features 39 titles and counting without concern about shelf space or basing book availability on sales.

“I think we take on children's books in a much different manner than most other publishers do,” Green said. “I think the dignity, authenticity, and respect we give young folks is a really important piece of this. We know they’re ready for this stuff, so how do we create a bridge for this to happen with the adults in their life?”

To order books, go to akidsbookabout.com/collections/all-products/books.