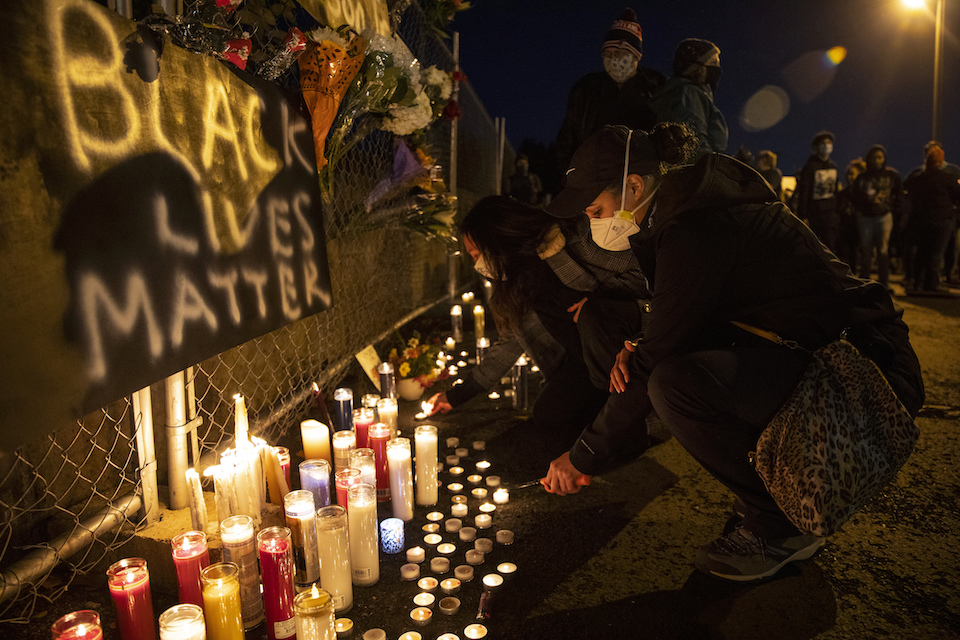 Hundreds of people gathered for the vigil Friday evening, with some holding signs reading, “Honk for Black lives. White silence is violence” and “Scream his name.”

Nearby, tensions flared between left- and right-wing protesters. Video recorded by journalists in a parking lot showed two groups of people shouting at each other. Also, some armed demonstrators gathered near a building they told reporters they were protecting.

The crowds ultimately fizzled out near the vigil but a group of hundreds of protesters later marched through downtown Vancouver.

Windows were shattered, flags were burned and federal agents clothed in riot gear surrounded a building — warning people that trespassing on federal property would be subject to arrest.

Multiple videos showed two vehicles facing each other just after midnight on a downtown street. Two shots were heard but reporters at the scene said it didn't appear anyone was hit.

Family and friends had described Peterson as a former high school football player and the proud father of an infant daughter. 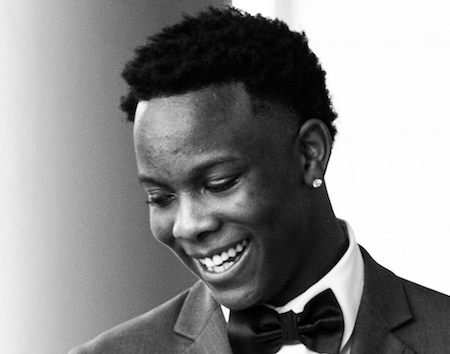 Photo: Kevin Peterson Jr., a 21-year-old Black man who was shot and killed by law enforcement in Clark County, Wash., on Thursday, Oct. 29, 2020, August 2018. The Clark County Sheriff's office has not released any details on the Thursday evening shooting. Courtesy of Jake Thompson via AP

In a statement, Clark County Sheriff Chuck Atkins said a joint city-county narcotics task force was conducting an investigation just before 6 p.m. Thursday and chased a man into the parking lot of a bank, where he fired a gun at them. A firearm was recovered at the scene, Atkins said.

Atkins referenced the Peterson family in his remarks but did not confirm Peterson was the person who was killed.

“I can say that our agency is grieving as is the Peterson family and the community,” Atkins said.

“As the community grieves, I call for there to be a respectful and dignified observance of the loss of life in this matter. There is always the potential for misinformation, doubt and confusion – and there may be those who wish to sow seeds of doubt.”

The investigation has been referred to the Southwest Washington Independent Investigation Team, and the Camas Police Department is taking the lead, Atkins said.

Investigators said Friday evening that the narcotics task force had contacted a man suspected of selling illegal drugs in a motel parking lot and that he fled on foot with officers following.

The man produced a handgun and the officers backed off, investigators said. A short time later, the man encountered three Clark County deputies, all of whom fired their pistols at the man, they added.

They did not say the man fired a handgun found at the scene, making it unclear what happened just before the shooting.

The community is a short drive north across the Columbia River from Portland, where racial justice protests have played out nearly every night since George Floyd’s killing by police in May.

Southwest Washington is also home to the right-wing group Patriot Prayer, which has held rallies for President Donald Trump in Portland in recent months that ended in violence.

Earlier Friday, several people paid their respects to Peterson at the site of the shooting.

Mac Smiff: A ton of grief

Mac Smiff, an organizer of Black Lives Matter protests in Portland, said he knows Peterson’s sister and spent more than five hours at the scene.

“They’re not sure what happened, why the encounter took place. Everyone was extremely disheveled and confused.”

Jake Thompson, a high school acquaintance of Peterson, said he took photos at the wedding of Peterson’s parents in Portland in 2018. On Friday, he posted a black-and-white photo of Peterson in a suit and bow tie as he flashed a big grin.

“I didn’t sleep much last night,” he said Friday.

Peterson played football at Union High School in Vancouver, Washington, loved sports of any kind and was a big personality who was known and liked by everyone at school, Thompson said.