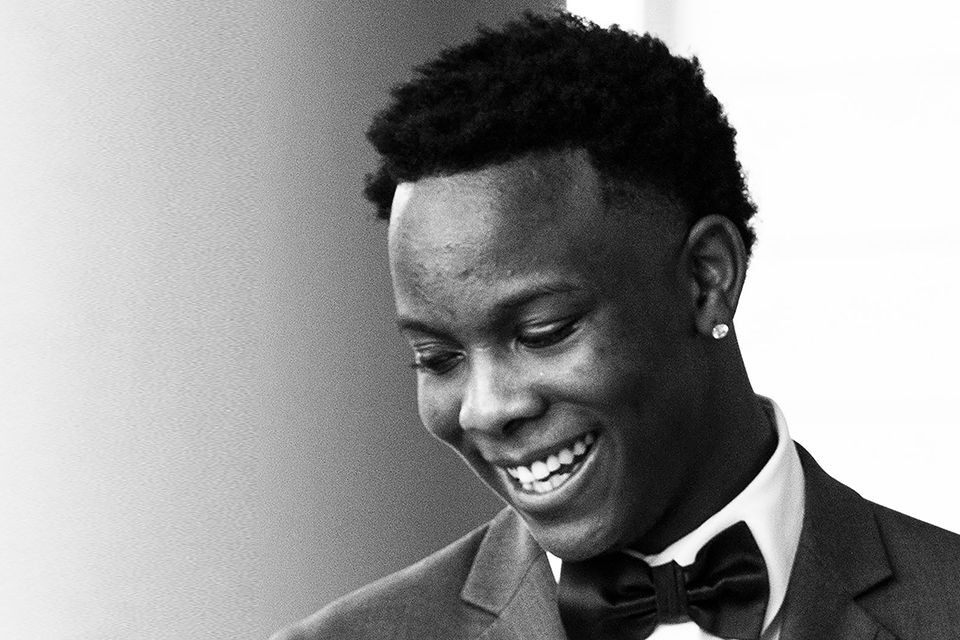 VANCOUVER, Wash. (AP) — A Black man who was fatally shot by authorities in Washington state was a 21-year-old former football player with a baby daughter, friends and family said Friday.

Authorites said they would have an update later Friday. An evening vigil was planned in Vancouver, Washington, by the local NAACP chapter.

More than a dozen Black Lives Matter protesters lined a busy street in Hazel Dell in front of a US Bank parking lot where Peterson died. They held signs reading, “Honk for Black lives. White silence is violence” and “Say his name.” 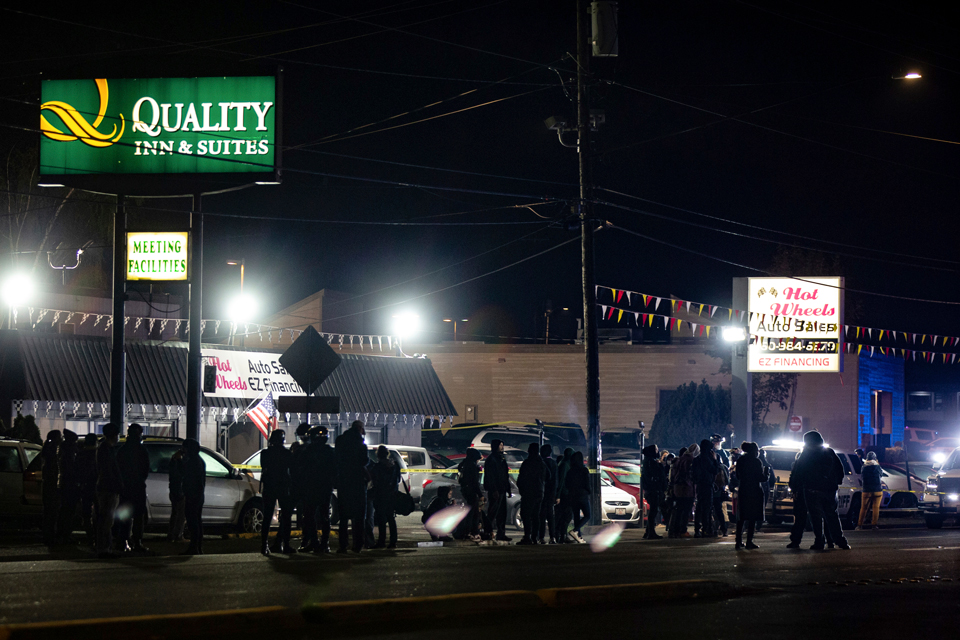 Protesters faced off with law enforcement officers at NE Highway 99, in Vancouver, Wash., Thursday, Oct. 29, 2020, after a police shooting. Authorities say sheriff's deputies in Clark County, Washington, were involved in a shooting, but didn’t release details. A man told The Oregonian/OregonLive his 21-year-old son was killed by police. (Mark Graves/The Oregonian via AP)Two small bouquets of flowers were tied to a fence where the shooting happened along the street lined with strip malls and fast food restaurants.

Brooklyn Tidwell, 16, said she and other students attended the rally instead of going to school.

“Black lives aren’t treated the same as my life,“ said Tidwell, who is white. “We should be voicing this and we should be protesting this because it needs to change.”

Bystanders said Peterson's car was towed but his body remained at the scene for hours.

Mac Smiff, an organizer of Black Lives Matter protests in Portland, Oregon, said he knows Peterson's sister and spent more than five hours at the scene.

“There was a ton of grief, a ton of grief. He’s 21 and has a baby, an infant," Smiff said. "They’re not sure what happened, why the encounter took place. Everyone was extremely disheveled and confused.”

The elder Peterson told the newspaper that he arrived at the scene about 6 p.m. Thursday but “did not get a chance to identify my son” until 5:30 a.m. Friday.

Jake Thompson, a high school acquaintance of Peterson, said he took photos at the wedding of Peterson's parents in Portland in 2018. On Friday, he posted a black-and-white photo of Peterson in a tuxedo with a big grin.

“I didn't sleep much last night," he said Friday.

Peterson played football at Union High School in Vancouver, Washington, loved sports of any kind and was a big personality who was known and liked by everyone at school, Thompson said.

Hazel Dell is about 12 miles north of Portland.