Hundreds of Shelter Dogs, Cats Flown Across the Pacific 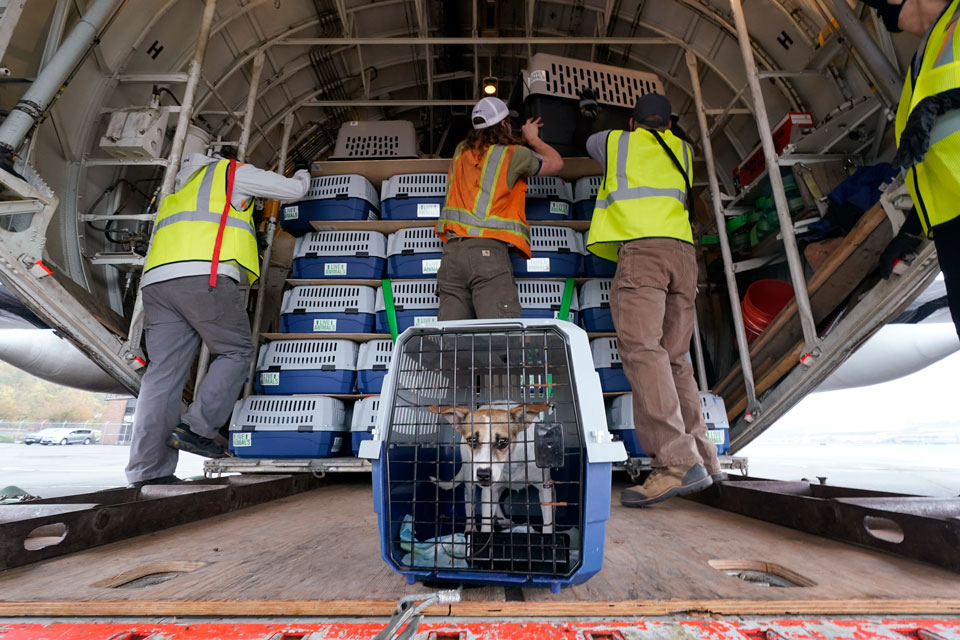 HONOLULU (AP) — More than 600 dogs and cats flew across the Pacific Ocean from crowded Hawaii shelters to Washington state, Oregon, Idaho and Montana, where there's more space for them to await adoption — a charity operation that organizers said is the largest pet rescue flight.

The furry friends arrived in Seattle Thursday morning on a chartered Hercules C-130 plane. The rescue flight was necessary because the coronavirus pandemic has led to overcrowding in Hawaii pet shelters.

He noted that some owners no longer able to afford their pets because of economic struggles caused by the pandemic has contributed to crowded Hawaii shelters.

Carroll watched Wednesday night as masked workers loaded carriers of various sizes holding the animals into the plane in Honolulu.

The flight started on Kauai and made stops at three different islands before departing for a seven-hour flight to Seattle, said Noah Horton, chief marketing officer of Greater Good Charities.

A veterinarian accompanied the animals.

Angie Wehmeyer was among the volunteers who greeted the flight in Seattle.

“You know, it brings tears to my eyes when I get to see all of the animals getting off the plane and being able to feed them and there is animals from babies to adults," she said.

Beyond the logistical challenge of planning the operation, the flight was special to Greater Good Charities CEO Liz Baker because she is adopting one of the transferred puppies. Her 10-year-old pit bull Stella died unexpectedly this week, she said.