More Than Half of Oregon Voters Have Cast Ballots 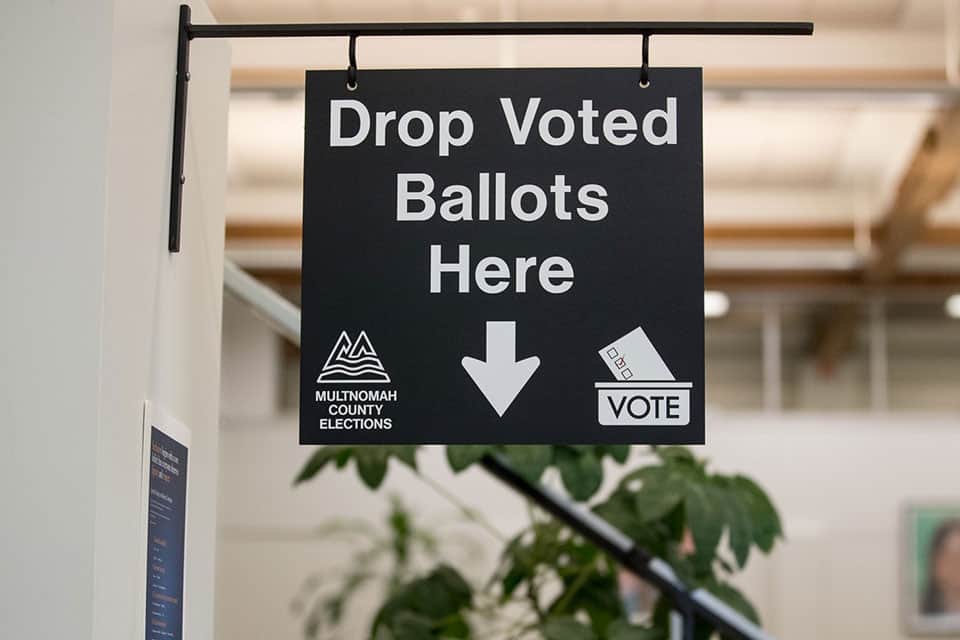 SALEM, Ore. (AP) — With less than a week to go until Election Day, more than half of the registered voters in Oregon have already cast their ballots.

At this point during the last three presidential elections, fewer than 44% of Oregonians had returned their ballots. As of Wednesday, more than 57% of registered voters in the state had done so, according to the Elections Division of the Secretary of State.

As of Sunday, more than 58 million ballots have been cast across the country. Americans' rush to vote is leading election experts to predict that a record 150 million votes may be cast and turnout rates could be higher than in any presidential election since 1908.

Nearly 3 million people are registered to vote in Oregon.

While Oregonians will vote on a candidate for president on the Nov. 3 ballot, they will also vote on U.S. and state Senate and House races as well as decide on ballot measures that could decriminalize possession of small amounts of heroin and cocaine, legalize the therapeutic use of psilocybin mushrooms for legal reasons and increase the tax on cigarettes.

So far, more than 70% of registered Democrats in Oregon have returned their ballots. Around 62% of Republicans have voted, while only 39% of non-affiliated voters have cast their votes.

In Oregon, ballots must be returned by 8 p.m. on Election Day, Nov. 3. It is too late to mail your ballot, they must be returned to an official drop site. Any registered voter who has not received their ballot yet should contact their local election office.