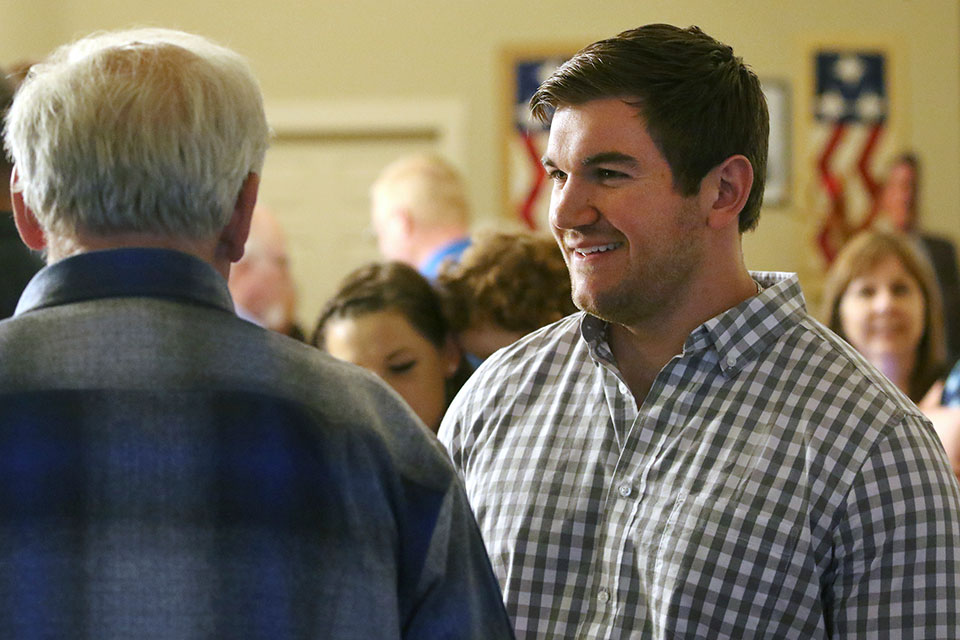 SALEM, Ore. (AP) — In 2015, Alek Skarlatos and two friends thwarted an attack by a gunman on a Paris-bound train, an action that was made into a movie by Clint Eastwood in which the trio starred as themselves. 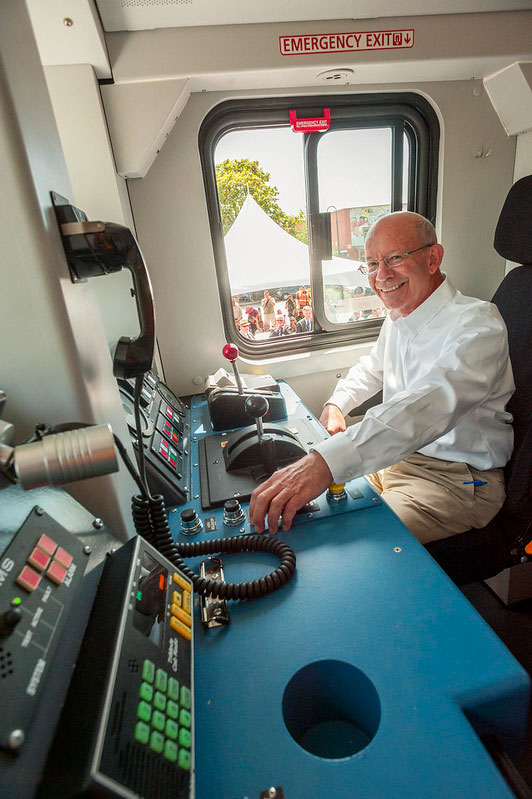 U.S. Congressman Peter DeFazio sits at the controls of ODOT's new Talgo train on July 26, 2013. (Photo/ODOT)Now, Skarlatos, 28, is hoping to ride his moment of fame to get a seat in Congress, representing Oregon’s 4th congressional district in the House of Representatives. To do that, the Republican candidate will need to unseat Democratic incumbent Peter DeFazio, the longest-serving House member in Oregon’s history, in the Nov. 3 election.

This summer, the worst wildfires on record burned in Oregon, with climate change and overgrown forests worsening fire conditions. As smoke smothered his hometown of Roseburg, he took interest.

“It was really the lack of forest management that got me interested (in running), because it is a federal issue. And our forest policy is made 3,000 miles away, in D.C.,” Skarlatos said in an interview.

Winning the election seems like a long shot, but Skarlatos has raised more than $3.7 million in campaign contributions, compared to DeFazio’s nearly $3.3 million, according to the Federal Election Commission.

The last time a Republican was elected to the seat that represents the southern half of Oregon’s coastal counties was in 1972, and the GOP is eager to deal a blow to Democratic control of a district that includes swaths of rural, conservative areas as well as more liberal bastions in the college towns of Eugene and Corvallis.

If Skarlatos flips the seat, it would likely give the GOP two of Oregon's five House seats in this blue state, with the GOP almost certain to retain control of the 2nd Congressional District covering eastern and central Oregon. Both of Oregon's senators are Democrats, as is the governor. Democrats have a supermajority in the Legislature.

One of Skarlatos' campaign videos features TV news reports on how he, two longtime friends, and two other men foiled the attack on Aug. 21, 2015, by Islamic extremist Ayoub El-Khazzani on a high-speed train with 500 passengers aboard.

Skarlatos' friend Spencer Stone charged El-Khazzani, who aimed the rifle at Stone and pulled the trigger. The round was faulty and the gun didn't fire. Spencer fought him and Skarlatos and another friend, Anthony Sadler, helped subdue El-Khazzani, who was also armed with a pistol and knife.

Skarlatos returned to Roseburg. In 2018, he ran for Douglas County Commissioner but lost.

"He’s not a John McCain prisoner-of-war type,” Nichols said, referring to the late Republican senator who was shot down over North Vietnam, was captured and endured torture for years.

But this time, running for Congress, Skarlatos has attracted attention beyond Oregon.

Of his campaign war chest, over 60% comes from out of state, DeFazio said during their debate.

Skarlatos took his own shot at DeFazio's campaign funding, saying most comes from political action committees.

DeFazio responded that among them are ones representing Oregon teachers, carpenters and realtors. “Those are people who banded together to promote the interests of their business,” said DeFazio, who is seen as a moderate.

DeFazio is the powerful chairman of the House Transportation Committee and has tried to depict his younger challenger as a Trump acolyte who would back repealing Obamacare. The veteran congressman also touts his advocacy for a $15 an hour national minimum wage, investing hundreds of billions of dollars in national infrastructure improvements and his pro-choice stance on abortion. In the debate, DeFazio described how he had three bills this Congress, which he described as the most divided since the post-Civil War era, that passed with support from Republicans.

The Democratic Party of Oregon has hinted that Skarlatos is affiliated with right-wing extremists, tweeting an article that raised questions about his appearance at a Timber Unity rally.

The group has attracted QAnon believers and members of the Proud Boys.

But Timber Unity's core followers are loggers and others who lost jobs when the timber industry hit hard times. Several GOP state lawmakers display the group's regalia in their Capitol offices.

“Timber Unity seems to be a group that encompasses a whole lot of different positions," Nichols said.

Skarlatos' hometown of Roseburg remembers the days when timber was king.

With the industry having waned, logging in 2.4 million acres of forests in western Oregon owned by the U.S. government dropped. That land was set aside by Congress in 1937 for “forest production," with 50% of revenue from timber sales going to certain counties. That revenue also plunged.

Skarlatos wants the land to generate revenue for the counties again.