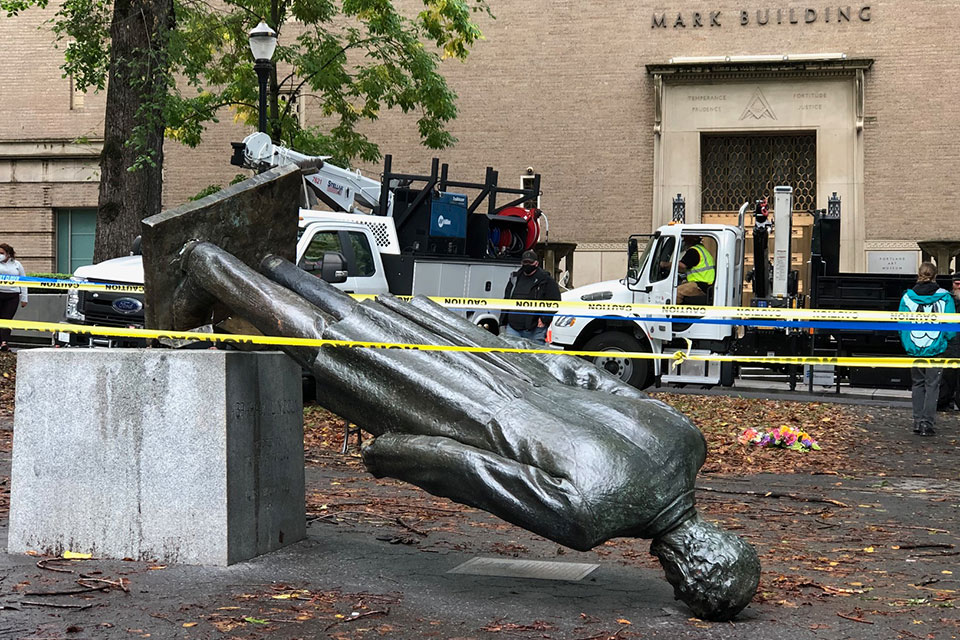 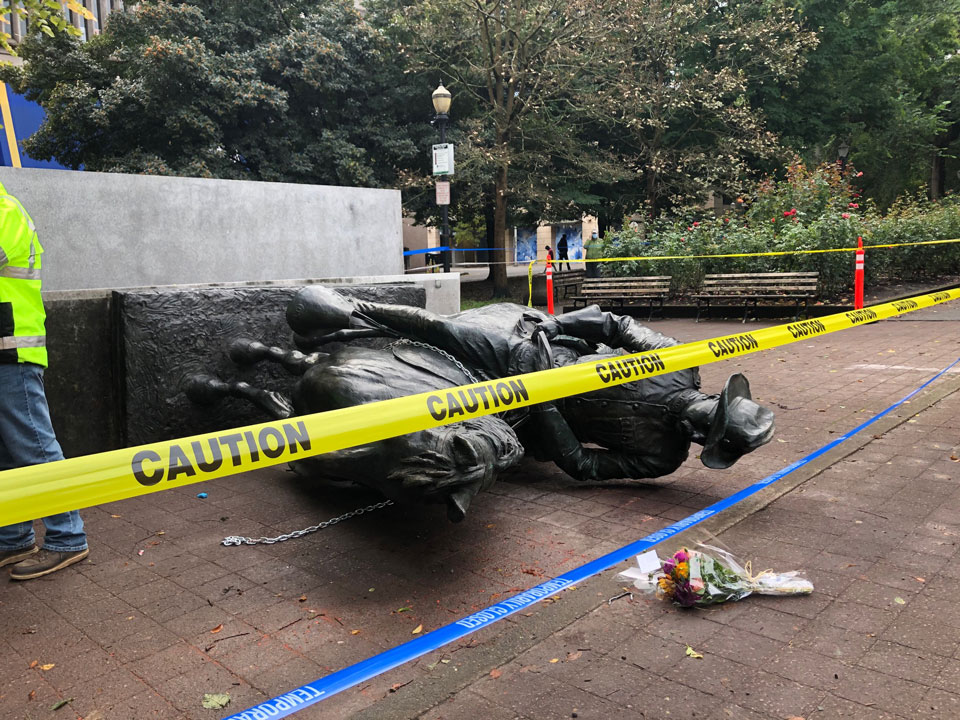 The crowd pulled down the statue just before 9 p.m. The group later turned their attention toward Lincoln’s statue, pulling it down about eight minutes later.

Historians have said Roosevelt expressed hostility toward Native Americans, once saying: “I don’t go so far as to think that the only good Indians are dead Indians, but I believe nine out of every 10 are ...”

Protesters spray-painted “Dakota 38” on the base of Lincoln's statue, referencing the 38 Dakota men Lincoln approved to have hanged after the men were involved in a violent conflict with white settlers in Minnesota. 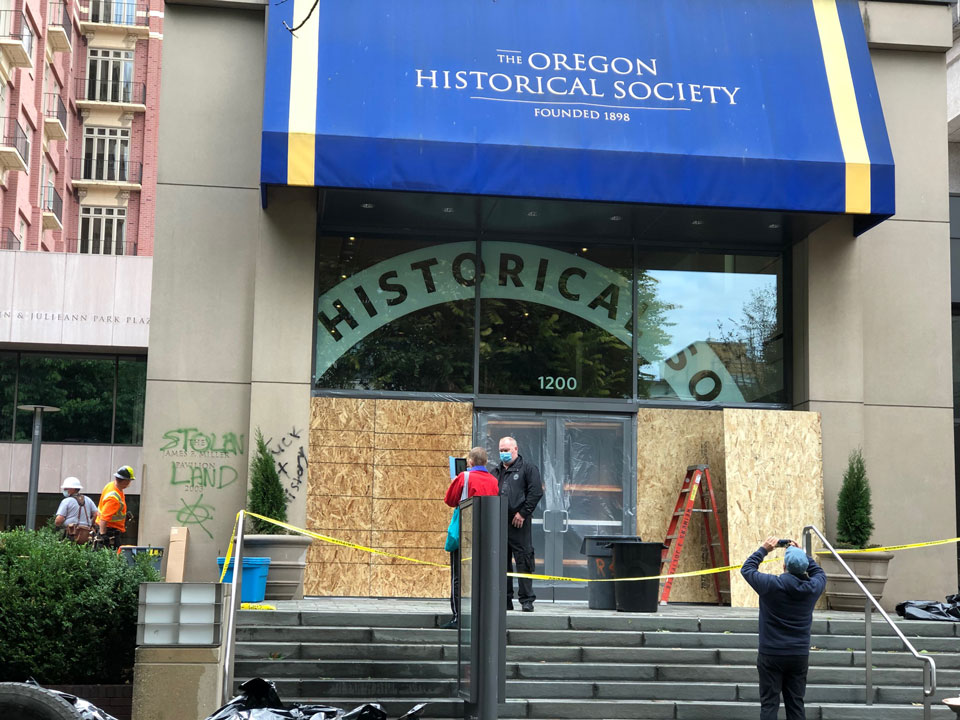 Police later declared the event a riot and ordered the group to disperse. Police said anyone involved in “criminal behavior, including vandalism” was subject to arrest. It's unclear if any arrests were made.

The monuments are the latest statues to come down in a wave of removed monuments and protests sparked by the May 25 death of George Floyd in Minneapolis police custody.