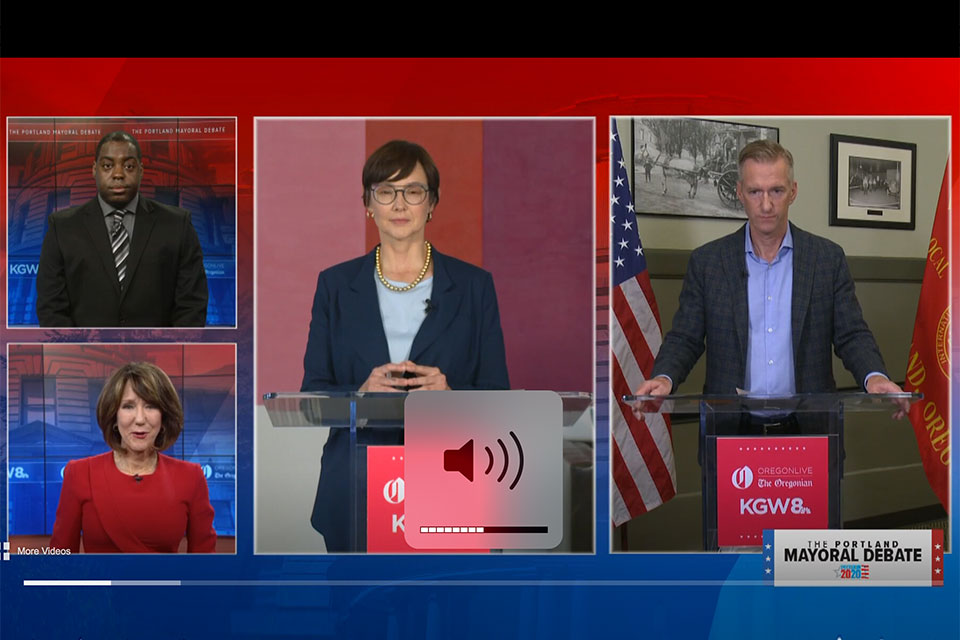 Mayor Ted Wheeler defended his record, saying he is prioritizing helping downtown Portland businesses and insisted he can end violence during demonstrations, while challenger Sarah Iannarone said she will bring new voices to the table and views police violence, not that of protesters, as the most serious problem.

Protests, the coronavirus pandemic and a struggling local economy were at the forefront and the incumbent and Iannarone tried to respond to the weighty issues in often in less than a minute, The Oregonian/OregonLive reported.

The hour-long back-and-forth, sponsored by The Oregonian/OregonLive and KGW, happened a week before ballots began arriving in voters’ mailboxes.

The debate also touched on homelessness, climate change and the city’s uptick in gun violence in recent months. The candidates appeared virtually from separate locations in Southeast Portland because of coronavirus concerns, while the moderators hosted the forum in a near-empty television studio on the city’s westside.

Some of the more pronounced contrasts were displayed over the ongoing clashes between law enforcement and those protesting systemic racism and police violence.

Wheeler said he’s listened to those who are demanding racial justice and police reforms and touted his support for a new police oversight board and his recent vote to cut $15 million from the Portland Police Bureau budget.

The mayor also said reform efforts need to have buy-in from police as well.

“They need to be at the table.

"Their voices need to be respected alongside the myriads of other voices in the community,” Wheeler said.

Iannarone said progress will only be made when leaders stand alongside the Black Lives Matter activists demonstrating in the streets, meet with them and work with them on reform issues.