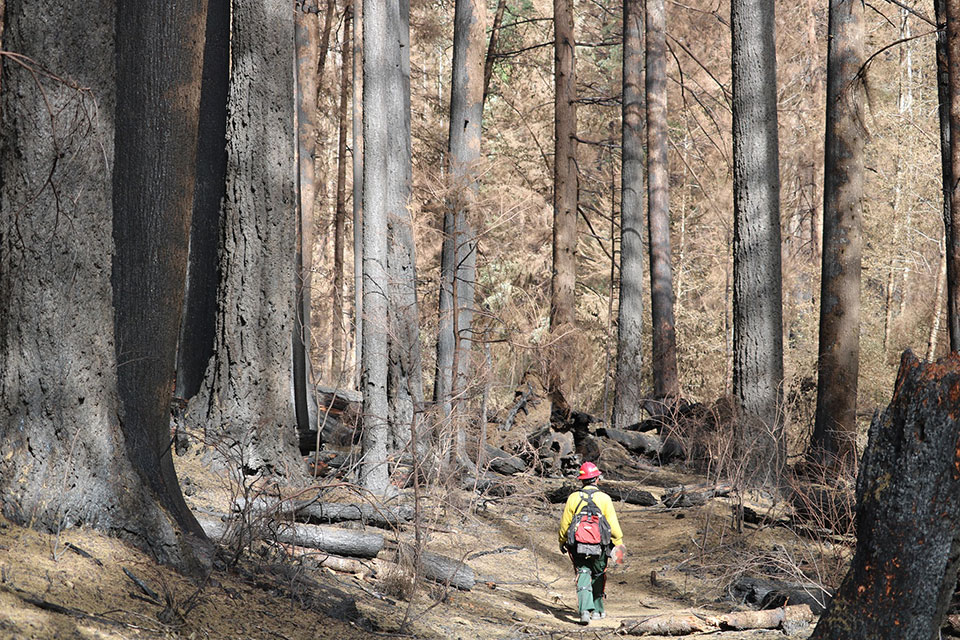 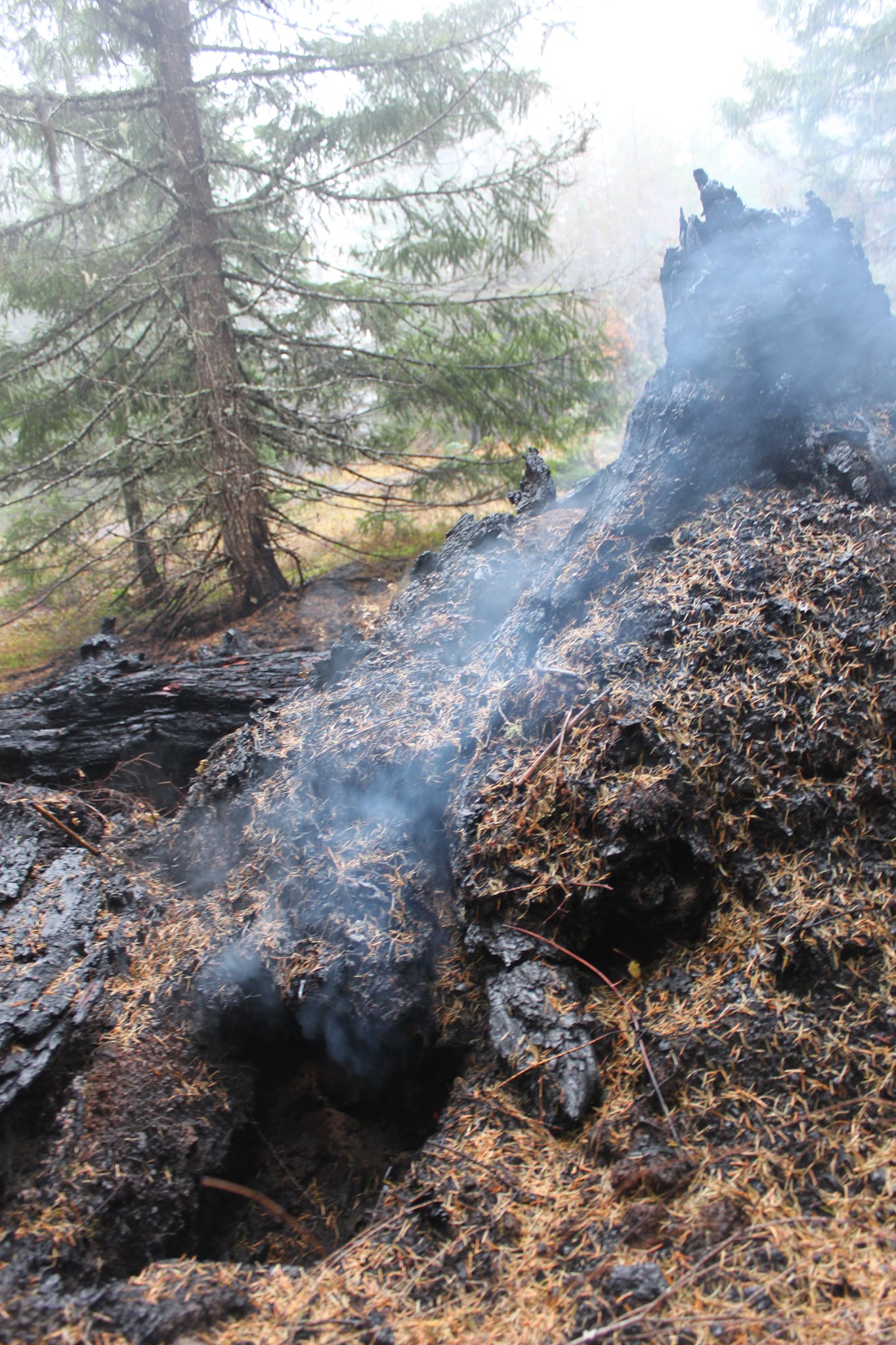 Fire can get established in dry, buried organic materials like root systems and logs. The area over and around these underground fires can cave in and you can find yourself in an “ash pit.” Ash pits can be incredibly hot and cause serious burns. (photo/OFD Facebook)SALEM, Ore. - The Oregon Department of Forestry is closely tracking 6 major fires in Oregon, down from 17 originally (see table below for details). Fires are removed from the list when they are 100% lined and fire managers are confident in their progress toward containment.

Five of the six major fires still on the landscape have burned 100,000 acres or more in Oregon. One of those massive fires, Lionshead, is the sixth-largest fire of the past 100 years in Oregon at 204,412 acres. Lionshead is the only one of these major fires that showed any growth in size Sunday – just 27 acres. Most posted double-digit gains in containment over the weekend. Yesterday also saw no new fires reported anywhere in the state.

Fire season isn’t over yet, which means backyard burning and other restrictions are still in effect on ODF-protected lands. Check the public fire restrictions map to see current restrictions for your area. The city of Portland currently has a burn ban in effect.

Santiam State Forest is still closed to the public. Before heading out to hunt or recreate on other state or federal public lands, check to see if there are any restrictions or closures due to the recent fires. There are still portions of highways statewide that are closed. Use ODOT’s TripCheck to plan your route. 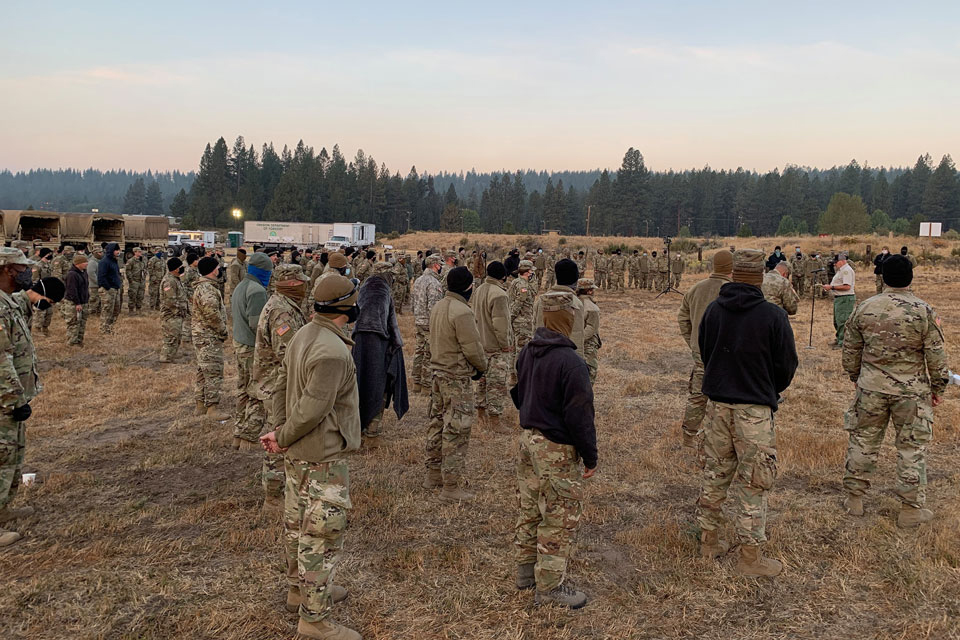 About 1,300 Guard members stepped in when firefighting resources across the state were stretched thin by numerous wildfires burning simultaneously. Not only did ONG members engage directly on a number of those wildfires from the air and as ground-based hand crews, they also staffed traffic control points near fire-damaged zones. In the photo, Guard members at the Two Four Two wildfire in Klamath County assemble one last time before departing for home. (photo/ODF Facebook)