Portland Asks US to Rescind Deputization of City Police 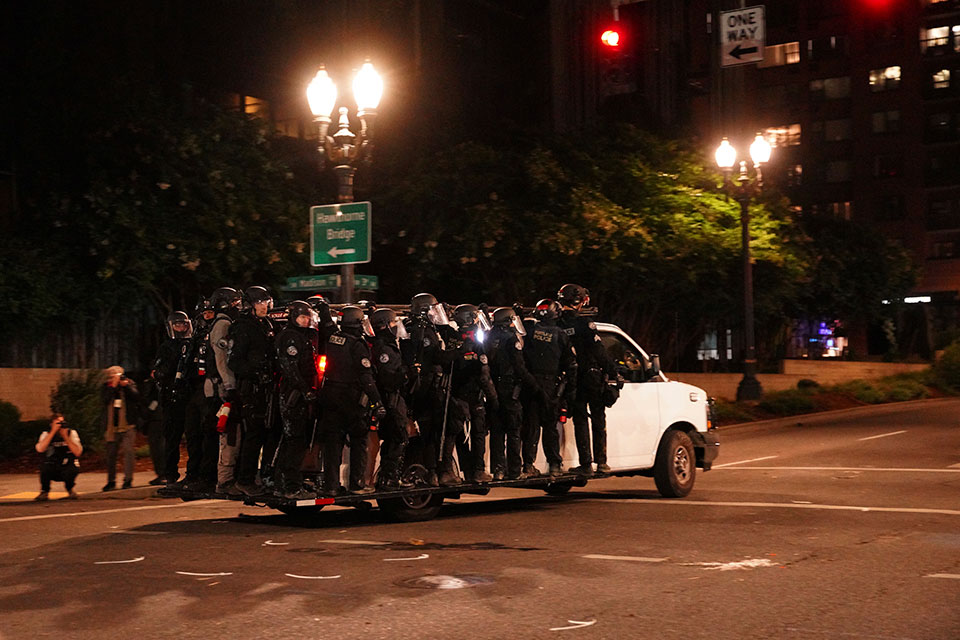 The mayor of Portland has asked U.S. officials to end the federal deputation of dozens of police officers in Oregon's largest city as part of the response to ongoing protests in the city.

Mayor Ted Wheeler said in a statement late Tuesday that he had “asked the U.S. Attorney’s office to withdraw the designation” that deputized the officers.

Oregon Public Broadcasting reported that deputizing the Portland officers gives federal prosecutors the option to charge anyone arrest by those officers with federal crimes, which often come with more severe penalties than the state crimes for which local police usually make arrests.

Portland has been roiled by often violent protests almost every night for more than four months since George Floyd was killed by police in Minneapolis.

Fifty-six Portland officers were deputized before a rally in the city last weekend by the far-right Proud Boys group. During Tuesday's presidential debate, President Donald Trump refused to condemn armed militias. When prompted about the Proud Boys, he said: “Proud Boys, stand back and stand by."

Portland city officials apparently did not know that their officers' federal deputization status would last until the end of this year.

“A key feature of the designation is that anyone who assaults a federally deputized official could be subject to federal charges," Wheeler's statement said.

“Fortunately, I am confident the Multnomah County District Attorney will continue to prosecute anyone who assaults or otherwise harms police officers or others.”

The federal deputizations could route charging power around new county District Attorney Mike Schmidt, who has declined to bring low-level charges against many protesters who have been arrested.

In an email to the U.S. Attorney’s Office, Portland city attorney Tracy Reeve wrote that city leaders had been under the impression that the deputization of local police would end with the termination of the governor’s state of emergency declared only for last weekend's protests, which ended Sunday evening.

The unruly demonstrations in Portland continued overnight Tuesday. Authorities said Wednesday that protesters were arrested after police told them not to go on the property of a public safety building and officers towed towed a vehicle that had shields, helmets, gas masks and paintball guns that demonstrators may have planned to use.

The group gathered near the building late Tuesday and the vehicle was towed after the driver refused to move it,.

Protesters were warned by officers not to go on the property and police several were arrested after they violated the order, the statement said.

Two juveniles were detained and released and a man was arrested on a charge of interfering with a peace officer, disorderly conduct, trespass and escape, the statement said.