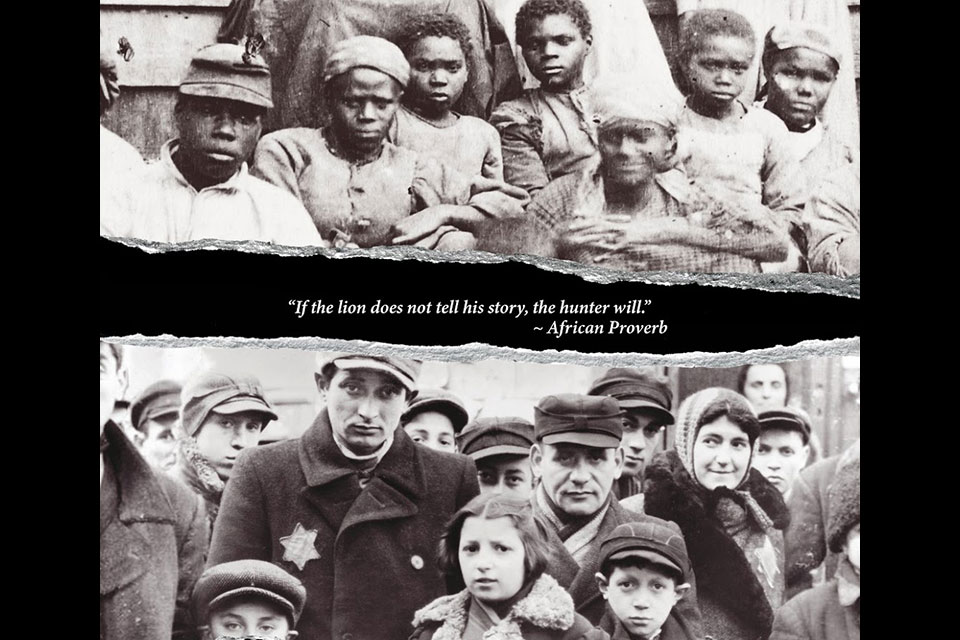 The young United in Spirit Oregon coalition planned to make 2020 its first big year of outreach, with an ambitious series of events exploring the mutual histories of the Jewish and African American communities. The pandemic has forced much of these programs into a different format, but organizers say the resulting conversations will be no less intimate or impactful. 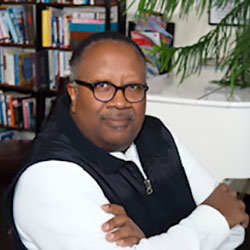 “There’s already enough groups that are already publicly addressing those kinds of acts that occur in communities,” Wheatfall told The Skanner. “There are enough organizations that do protesting, there are enough organizations that really register rebuke. We wanted to be like peacemakers. (We asked), ‘How can we be a resource to help bring people together? How can we help law enforcement, in the sense of, when they want to understand certain dynamics that are going on?’”

Robert Horenstein, director of community relations for the Jewish Federation of Greater Portland and now a close friend of Wheatfall, agreed.

“What this is really about is there’s an understanding that there was this deep special bond during certainly the Civil Rights movement, when Jews played an instrumental role alongside the Black community,” Horenstein told The Skanner. “And then there was, unfortunately, disconnect, even a bit of a falling out in some parts of our respective communities” on a national level. “We wanted to reconnect on an organizational level. We had done these dialogues, but we decided that besides getting to know each other, we wanted to do these programs.”

“Our founders were part of the Jewish community, and so why not continue that working relationship since they are very similar struggles, in some sense?” Antjuan Tolbert, secretary of the NAACP of Portland, told The Skanner. “The importance never really changed. The history that is there is even that much more substantial to where we are currently, and the fact that we can still tap into that historical experience, that we can use that to empower us to continue to dialogue and interact with one another, is so important.” 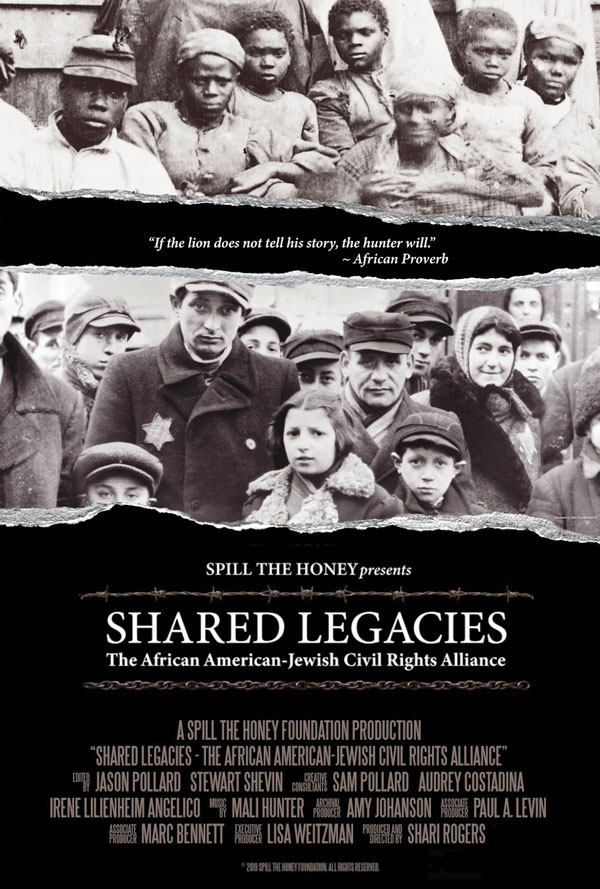 Shared Legaices tells the often forgotten story of the coalition and friendship between the Jewish and African-American communities during the Civil Rights Movement. Barbara O’Hare, who provides curriculum and programming around guided dialogues about race through her organization Dialogues Unlimited, has been working with member organizations, the NAACP, the Jewish Federation of Greater Portland, Vancouver Avenue Baptist Church, and the Oregon Jewish Museum & Center for Holocaust Education to present a schedule of programming throughout the year to support United in Spirit’s mission of “reinvigorating the historically positive relationship between the African-American and Jewish communities.”

O’Hare grew up in Northeast Portland, in a neighborhood she described as having a large Ashkenazi Jewish population at the time.

“I’ve been working with the Jewish community for the last 25 years,” O’Hare told The Skanner. “My mother is a Black Jew, and my father is a Christian minister.”

O’Hare said that the program sprang from United in Spirit’s idea of continuing a long-paused tradition of reading the names of Holocaust victims in Pioneer Square in honor of Yom HaShoah, the Jewish day of remembrance.

“I said, ‘Let’s do that for African Americans,’” O’Hare told The Skanner. “At the time it would have been people who had been killed by police officers, and who had been lynched. And it was like a pebble in a pond -- so many other things came out of it.”

Pandemic restrictions prevented the group from holding this event as it was scheduled for Juneteenth. United in Spirit still hosted 'Southern Rites,' a series by Jewish photographer Gillian Laub that documented parallel Black and White high school proms -- a segregated tradition that persisted in one southern community until the past decade. United in Spirit also screened ‘From Swastika to Jim Crow’, a 2000 documentary about the more than 50 Jewish academics who fled Europe and ended up taking teaching posts at historically Black colleges and universities in the South. Due to widespread antisemitism and anti-German sentiment throughout the U.S. during and after the world wars, Jewish educators who did not enjoy fame or name recognition were often locked out of White educational institutions, and found common bonds with their Black students. 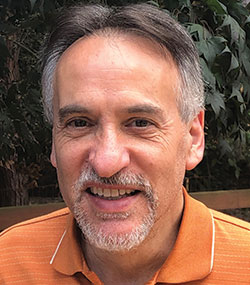 Robert Horenstein, Director of Community Relations, Jewish Federation of Greater PortlandUnited in Spirit also rescheduled a planned Civil Rights Mission to Georgia and Alabama to tour the National Center for Civil and Human Rights in Atlanta, the National Memorial for Peace and Justice in Montgomery, and other sites of oppression and significance, for next year.

But activities that could be made virtual have been: This month, the group made ‘Shared Legacies’ available for streaming online for two days, followed a panel-style Zoom discussion with the film's creator, Dr. Shari Rogers, on Wednesday.

“We say in the Jewish community, if we're targeted, we know it won’t end with us,” Horenstein said.

He praised ‘Shared History’ as the best film on the Civil Rights movement he’s ever seen.

“It looks at that history, but also the falling out and the need to reconnect, and to work together on the issues of the day,” Horenstein said.

A 2017 study published by the Institute for Social Policy and Understanding found that 57% of Jewish Americans support the Black Lives Matter movement. Yet many argue that a significant divide exists between the Black and Jewish communities.

Wheatfall calls the divide a “misnomer.”

“I think it’s overblown,” Wheatfall told The Skanner. “I think historically, there have been incidents and comments, but if you really were to poll most people of color, they wouldn’t really be aware that there’s this so-called divide between the African American and Jewish community. I don’t think there’s really a division or divide or animus between the two communities.”

“I don’t believe Black anti-semitism is any more (prevalent) than White antisemitism,” Horenstein said, adding that Black anti-semitism has recently received more attention due to a couple celebrity incidents, including the Philadelphia Eagles’ DeSean Jackson posting a Hitler quote on his Instagram account, and television host Nick Cannon making anti-semitic comments during an interview on his podcast. Both men have since apologized.

“Thirteen percent of the Jewish population are people of color,” he added. “There’s this assumption that all Jews are White.”

Recent dialogues among members of United in Spirit have included the Movement for Black Lives (M4BL)'s support of the Palestinean-led Boycott, Divestment and Sanctions (BDS) movement, which takes a strong stance against Israel and its policies.

“That’s caused some tension,” Horenstein told The Skanner. “But I haven’t seen manifestations of that locally.”

“We have a shared legacy beyond the Civil Rights Movement,” Wheatfall said. “Many of us who are descendants of slaves, we’re more ‘Black Americans’ because I can’t trace my lineage back to Africa. And as Black Americans, we have the horror of slavery in 1619, when the first bodies of slaves stepped on shores in what would become the U.S. Then you look at the Jewish history of the Holocaust and the persecution in Europe we have a shared. We share the horrors of discrimination and racial and religious bigotry. So I don’t understand at all why we should be at odds with each other. We have a common bond in trying to fit into American society. We really ought to be working side by side for justice.”

For more information about United in Spirit and upcoming events, visit www.jewishportland.org/united-in-spirit or www.facebook.com/pages/category/Community/United-In-Spirit-Oregon-111389150470626/