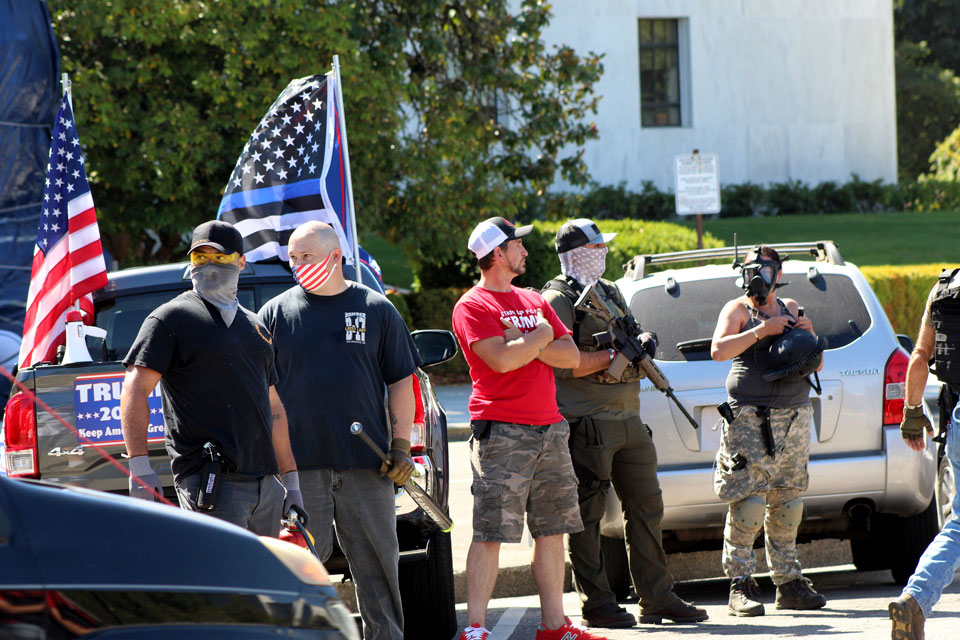 WASHINGTON (AP) — The Justice Department explored whether it could pursue either criminal or civil rights charges against city officials in Portland, Oregon after clashes erupted there night after night between law enforcement and demonstrators, a department spokesperson said Thursday.

The revelation that federal officials researched whether they could levy criminal or civil charges against the officials — exploring whether their rhetoric and actions may have helped spur the violence in Portland — underscores the larger Trump administration's effort to spotlight and crack down on protest-related violence. The majority of the mass police reform demonstrations nationwide have been peaceful.

For many nights, federal officials were told that Portland police officers were explicitly told not to respond to the federal courthouse as hundreds of demonstrators gathered outside, some throwing bricks, rocks and other projectiles at officers, and not to assist federal officers who were sent to try to quell the unrest. 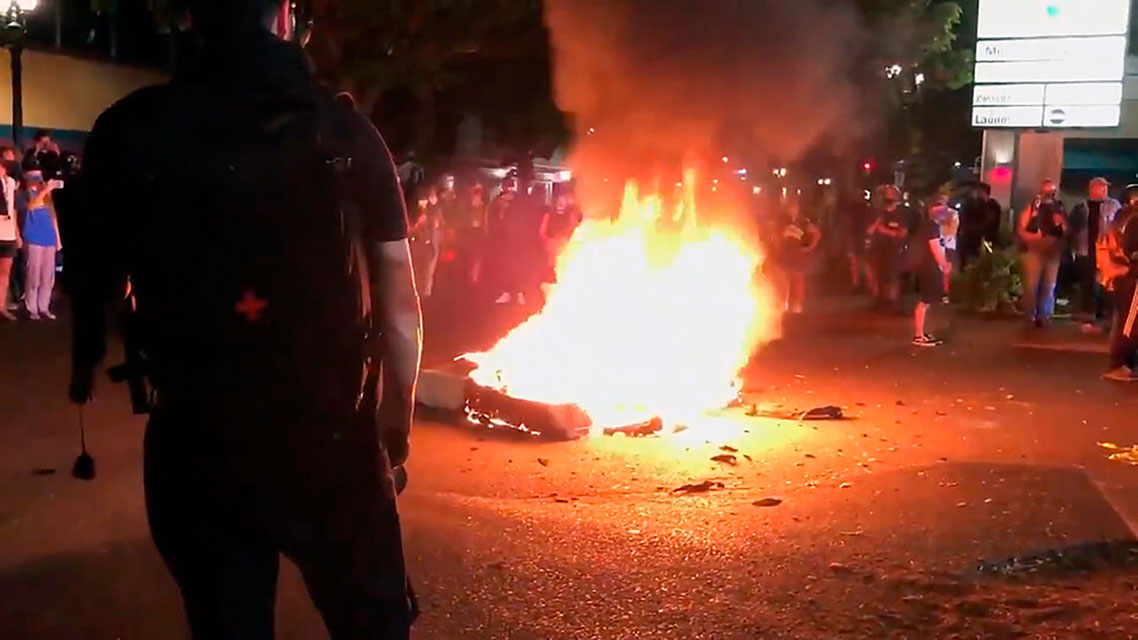 In this image taken from video a mattress burns in the street near the Portland Police Bureau's North Precinct Sunday night, Sept. 6, 2020, in Portland, Ore. Protesters have gathered for more than 100 days following the death of George Floyd in Minneapolis. (KATU Photo via AP)The department had done research on whether it could pursue the charges, spokesperson Kerri Kupec said. She declined to comment on the status or whether charges would be brought. But bringing criminal civil rights charges against city officials for protest-related violence would likely present an uphill court battle for federal prosecutors.

Justice Department officials disputed news reports that Attorney General William Barr told prosecutors in the department’s civil rights division to explore whether they could bring charges against Seattle Mayor Jenny Durkan for allowing some residents to establish a protest zone this summer.

President Donald Trump has blamed Democrats, and specifically pointed to Portland's mayor Ted Wheeler, who he says have not done enough to stop nights of looting and unrest in cities across the U.S. Trump has called Wheeler a “wacky Radical Left Do Nothing Democrat Mayor” and has said the city “will never recover with a fool for a Mayor...."

Trump has heaped blame for the unrest on Democrats who are leading the cities where violence has occurred and tried to keep focus squarely on pockets of protest-related violence, instead of on the point of police reform and the larger movement of racial injustice.

More than 100 people have been arrested in Portland on federal charges related to the unrest in the last few months. The FBI has said it was also shifting the agency’s resources to focus more heavily on violence and federal crimes committed during nearly three months of unrest during nightly racial injustice protests in the city that often end in vandalism, clashes with police and dozens of arrests.