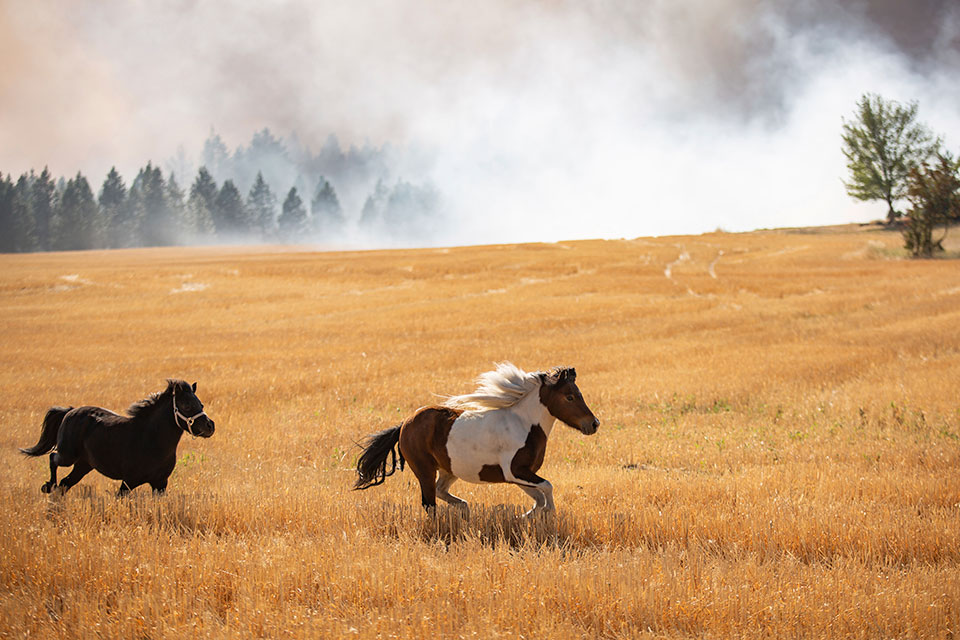 PORTLAND, Ore. (AP) — Hurricane-force winds and high temperatures kicked up wildfires across parts of the Pacific Northwest over the Labor Day weekend, burning hundreds of thousands of acres and mostly destroying the small town of Malden in eastern Washington.

``Thousands of homes are without power. Many families have had to evacuate their homes and many homes have been lost,'' Franz wrote.

``We’re still seeing new fire starts in every corner of the state.''

New wildfires sprang up quickly across eastern Washington on Monday, threatening homes from Bridgeport to Spokane, officials said. There were no reports of any deaths.

High winds also kicked up dust that closed a portion of Interstate 90 and other highways in the state on Monday.

In Oregon, the Lionshead Fire grew to 25 square miles (65 square kilometers) by Monday and the Beachie Creek Fire reached 500 acres as fire officials prepare for high winds and dangerous conditions across both wildfires late Monday, Tuesday and Wednesday, according to the Statesman Journal.

The fires are in the path of winds that could reach up to 75 mph (120 kph) into Tuesday, officials said. That's like a hurricane hitting a wildfire.

Click "OK" in the image above to view an interactive map of wildfires in Oregon and Washington.

The entire Mount Jefferson Wilderness, the Olallie Lake area and the Opal Creek area were closed to recreation.

Fire officials overseeing the Evans Canyon Fire in southeastern Washington state issued a Red Flag Warning until 8 p.m. Monday due to strong winds, low humidity and warm temperatures “that could contribute to the rapid spread of any new or ongoing fires."

Temperatures are forecast in the mid-80s in the valleys with winds shifting to northeast-east including gusts to 35 mph (56 kph) by midday, according to the Southwest Region of the Department of Natural Resources. 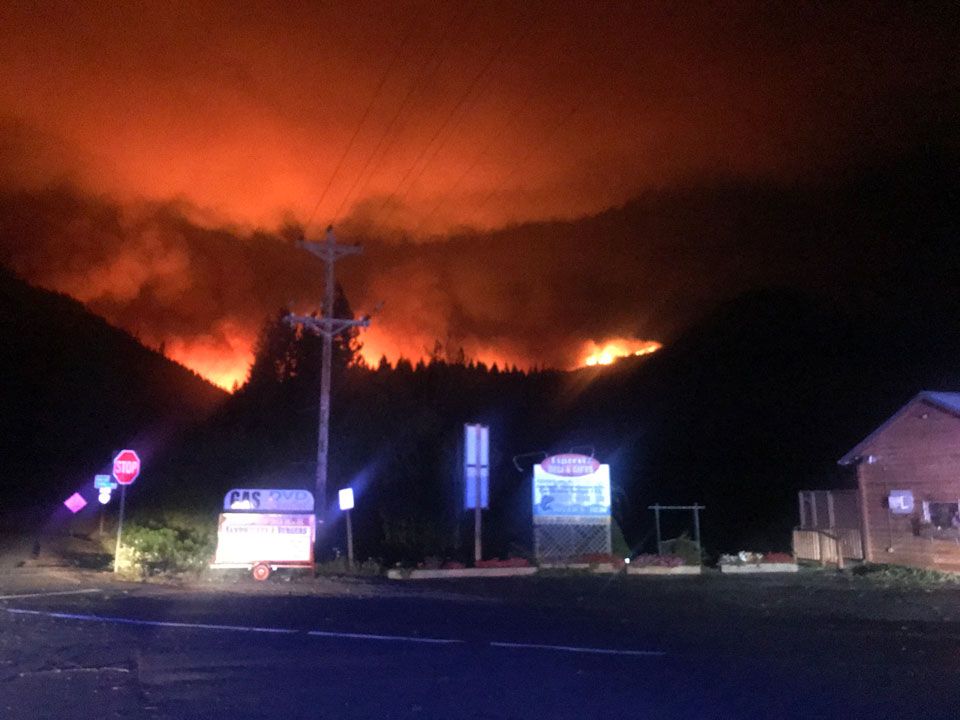 This photo shows fire activity near Detroit, Ore. Deputies from the Marion County Sheriff’s Office have been working extensively as part of a coordinated effort to evacuate areas in the Santiam Canyon spanning from Mehama east to Idanha. The Level 3 – “Go” evacuation notices were the result of significant fire activity in the area. (photo Marion Co. Sheriff's Office)The Yakima Herald reports nearly 1,000 firefighters have fought the Evans Canyon Fire with an impressive array of machines on the ground and in the air — at least 127 engines, 13 bulldozers, two tank-like skidgines, 21 water tenders, six helicopters and two airplanes.

Joining them in the battle through the Yakima River Canyon is one of two specially equipped firefighting trains from BNSF Railway, both based in Washington.

On Monday night, Portland General Electric cut off power to about 5,000 customers living near Mt. Hood, an area at high risk of catching fire because of windy and dry conditions, KATU TV reported. The forested area is along Highway 26 from Alder Creek and Brightwood to Government Camp.

The company said it expects the outage to last between 24 and 48 hours, KATU reported.