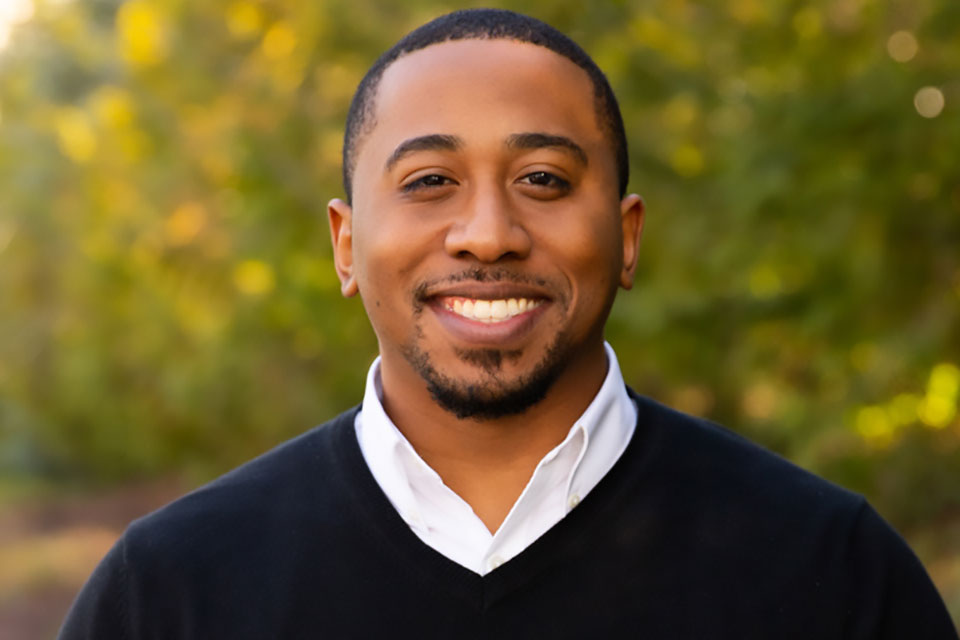 During his first meeting as a Gresham city councilor last week, Vincent Jones-Dixon asked the city to clarify its “Black lives matter” stance.

“I’m wondering if council would consider making a statement as it pertains to what that means for us?” he said, adding that some constituents had emailed him over city hall’s decision to fly the Black Lives Matter flag.

“A lot of community members are concerned because they feel that we’re associated with a Marxist group or with an organization in general, so (we should clarify) where we stand as it pertains to the cause and this moment,” Jones-Dixon said.

A former funeral director and current program manager at Africa New Life Ministries, Jones-Dixon is the first Black man to serve on the council, and the first Black person to hold a seat on Gresham City Council since Claudette LaVert’s term last century.

It comes at an interesting time, as Jones-Dixon must keep plans to campaign for the seat he was so recently appointed to. He is running against Raymond Love, Beshara S. Shahin, Brianna Harris, and Matthew Burnett for Council Position No. 3.

The job opening is the result of a political intrigue of sorts inside Gresham’s city hall. In June, then-Mayor Shane Bemis announced his surprising resignation, citing his family’s struggling restaurant business and the needs of his children.

Prior to this, on June 8, then-Deputy City Manager Corey Falls, who is Black, had penned an internal letter to city officials describing his experiences with what he described as rampant racism within the city's police department, where he had served.

“Similar to George Floyd, I would argue that he’s a catalyst,” Jones-Dixon told The Skanner.

City Manager Erik Kvarsten resigned the next day, and on June 11, Police Chief Robin Sells did the same. After Bemis announced he would be leaving office -- amid some accusations that he had tried to effect Sells’ firing -- Sells rescinded her resignation.

In the shuffle, council member Karylinn Echols was chosen as interim mayor, and applications were accepted for her empty council seat.

Jones-Dixon embraced the opportunity to “get started early,” he said, and worked through a grueling selection process to land what is essentially a four-and-a-half month position. He was unanimously approved by his now-fellow council members.

Jones-Dixon admits his path to public office was unlikely.

In 2008, the De La Salle North Catholic High School grad was working at a Walgreens in northeast Portland when a funeral care professional came in, sensed Jones-Dixon was a hard worker, and offered him a job doing first calls to bereaved families.

“It was all God,” Jones-Dixon told The Skanner. “The reason I say it was all God is because I grew up in a faith-based home, but I could never wrap my mind around eternity and just the process of dying. I would wake up in the middle of the night from the age of six just extremely anxious and scared and nervous about death and spending eternity in heaven, so the fact that someone even approached me about working in the death care industry and that I pursued it and stayed in it for 10 years is a God thing, but after my first encounter with our first family, I remember it like it was yesterday: I fell in love with sitting and sharing such a significant moment with them, and this whole sense of honor in terms of bringing their loved one into our care and then transporting them to the funeral home and preparing them for their service. That led to a career that spanned 11 years. I went from a funeral director apprentice to a licensed funeral director, then onto managing a funeral home in southwest Portland.”

In 2015, while making funeral arrangements, he met the executive director of the nonprofit Africa New Life Ministries. They stayed connected, and three years later Jones-Dixon was offered a position.

“He heard about my heart for justice, and some of the work that I was doing in Gresham, and once a month we would get together and just talk about race and faith and the church’s role for everything that’s happening in our world today,” Jones-Dixon said.

Jones-Dixon saw a correlation between his work in the funeral industry and his new position preparing volunteers for mission trips to Rwanda: guiding people through the unknown. And his fondness for monthly conversations over coffee informed his approach to political life.

”I’ve encouraged folks to tap their elected officials -- we have access to them,” Jones-Dixon told The Skanner.

“It’s crazy how easy it was for me to get a meeting with our city manager.

"I encourage African Americans to engage in that process, and have coffee and share your stories, your lived experiences.”

By 2015, he had moved to Gresham to be near his wife Mesha’s family. He was grieving his brother Andreas, who had been killed in a gang-related shooting in Gresham three years before. He had the opportunity to speak of his brother’s goals and the impact of his death for a community event Mesha and her college classmates were hosting for their Who Is Rockwood? project.

“After I shared the story, folks continued to reach out to me about opportunities around just civic engagement, community engagement, and the different projects that the city was working on in Rockwood,” Jones-Dixon told The Skanner. “From that I had the opportunity to connect with Rockwood Community Development Corporation, and they provided about four years of statistics and information they gathered from the listening sessions they’d been hosting out there in the community. That’s how I learned a lot about Rockwood specifically, and east Gresham as it pertains to social capital and how it is a community that truly cares, but the thing that’s missing is resources.”

Although he had considered a council run in 2016 when Lori Stegmann vacated a seat to join the Multnomah County Board of Commissioners, he was humble about his credentials.

“I’ve since learned more about the inner operations of the city itself -- I didn’t know how the water works,” Jones-Dixon said. “I knew what the needs were around the community, around economic opportunity and resources, but I felt then like I wasn’t fully equipped.”

The death industry may have prepared Jones-Dixon for public office.

“I’m a relational being, and I’m a bridge-builder,” he told The Skanner.

“That’s what I learned working in the death care industry: You have to listen first and respect the other person’s opinion. But now, ultimately, we are all living here in Gresham, we all raise our kids here, and we all want the same things as far as a safe community and a livable community. “

The day he was sworn in, counter-protestors gathered outside the building to voice their opposition to the Black Lives Matter flag the council had voted to fly outside city hall.

“I and other folks helped create space for everyone to share their thoughts, and for us to be there to mediate and be a buffer,” Jones-Dixon told The Skanner. “I’m in full support of folks speaking their mind. My biggest thing is just proximity. If you’re not in connection, and if you don’t fully understand -- I think that’s where the confusion comes and the division comes.”

He says he frequently sees critics conflating the Black Lives Matter movement with a specific organization, a misunderstanding that perhaps makes it easier to protest.

But within city hall, Jones-Dixon’s suggestion the city clarify its stance on the movement was met with support from his colleagues.

“Everybody’s ready for it,” Jones-Dixon told The Skanner. “It seems like everyone, the city staff there, are primed and ready for these conversations and everybody’s trying to jump in and do their part now, which is great.”

He is making sure his colleagues know about Reimagine Oregon, a coalition of nonprofits, community organizations, and legislators who have compiled years of research and reports to create a kind of equity roadmap.

“I think what Gresham offers all residents, but most specifically Black residents, is opportunity,” Jones-Dixon said.

“Rockwood specifically is in the middle of the opportunity zone track, which could lead to economic or entrepreneurship opportunities for African American residents and folks that call Gresham home.”