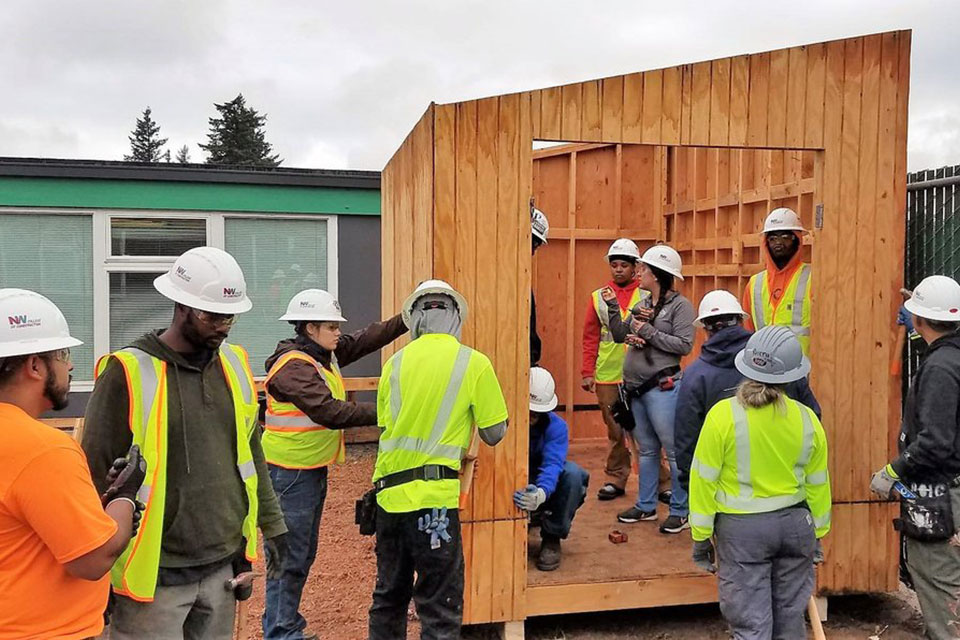 “In my mind, restorative justice is the most important bucket to fund with these dollars,” Commissioner Chloe Eudaly said during the May 20 City Council session that saw the grant program’s budget unanimously approved. “We did harm to Black and brown communities with our drug cannabis prohibition laws, and acknowledging that harm is not enough. We have to deliver remedy.

"We have to make tangible differences in people’s lives who have been disproportionately and adversely affected by these laws.”

The Cannabis Social Equity Program was established in 2016 with the passage of Measure 26, which instituted a 3% tax on recreational marijuana sales within the city. Revenue is earmarked for public safety, recovery services, and economic development with a focus on women- and minority-owned businesses. To date that has meant $981,000 in community grants, leading to 34 community-based expungement clinics, more than 2,100 legal analyses for expungement, and specialized workforce training for more than 270 people, according to the Office of Community & Civic Life.

“The SEED grant is invaluable to our work,” Leni Tupper, co-director of the Community Legal and Education Access and Referral (“CLEAR”) Clinic at Portland Community College, told The Skanner. “Besides leveraged funds from PCC, the CLEAR Clinic is funded entirely by the SEED grant and was only able to come to fruition through this funding.”

Tupper described how her group had collaborated with the Metropolitan Public Defender’s Community Law division to host a number of free legal clinic events at the school in the past couple years, addressing issues ranging from DACA renewal to record expungement.

“These events were always very well attended, and always resulted in folks contacting us after the fact to see when the next event would be,” Tupper said. “Unfortunately, we usually had to say we didn’t know because these events were run on 100% volunteer power.”

“It allows us to make this work a more permanent part of the PCC resource offerings, so we don’t have to turn folks away because they couldn’t get off work that one day, or didn’t hear about the event in time,” Tupper said.

“For the first time, PCC has an ongoing legal clinic.

"And in line with the mission of a community college, our services are open to our whole community.”

The funding enabled them to hire a social worker in the position of clinic coordinator. PCC Paralegal students and students from Lewis & Clark Law School will staff the clinic to meet with CLEAR participants, with additional support provided by volunteer legal workers.

Patrick Gihring told The Skanner that a SEED grant of $144,000 will enable the Justice Involved Portlanders initiative to serve an additional 30 people who are transitioning out of incarceration and into middle-income careers. Gihring says 75% of those served will likely be African American or Native American.

Gihring is chief program officer at Worksystems Inc., which runs the initiative in collaboration with A Home for Everyone and several other community partners.

“A few years ago we were seeing many people come out (of prison), re-enter, and just immediately go homeless while they were trying to get a job, or while they were going to occupational training to increase their earning power and then get a job,” Gihring told The Skanner.

Gihring said Worksystems’ general rent assistance program serves around 75 people each year. Because Worksystems offers employment support and training, 87% of participants retain housing one year after completing the program. He cited a Meyer Memorial Trust-commissioned evaluation that found that those who are housed are 38% more likely to complete an occupational training course.

“I think this is the strongest housing retention of all the short-term assistance programs funded by Multnomah County, because we’re linking it to employment support,” Gihring said.

The program is a 12-week, 288-hour hands-on training program that teaches work skills and construction to low-income youth and young adults. Graduates receive credentials in flagging, first aid, and a Bureau of Labor and Industries certification that qualifies them for direct entry into an apprenticeship program.

Participants are also paid an hourly wage during their training.

Meg Bell, director of employment and training at POIC, called the program “life-changing.”

“I think that our program really benefits from being a direct recipient of the money,” Bell told The Skanner. “It’s one of the few grants that contributes to us being able to pay an hourly wage for our program.”

The course has welcomed its sixth cohort this year, and boasts 53 graduates so far.

In addition, Voz Workers' Rights Education Project received $60,000 to continue its advocacy efforts for the day laborer community, including workforce development programs for women; the Latino Network received $50,000 for Minka’s Program, wraparound services for families impacted by gang violence and youth involved in the juvenile justice system; and Beyond Black received $50,000 for its Social Justice Program to promote social justice advocacy and criminal justice reform.

“Even in a crisis, we have a responsibility to invest in communities that have been most harmed by our historic and racist public policies, such as cannabis prohibition,” Commissioner Chloe Eudaly said during the May 20 council session. “Portland has become a national leader for cannabis social equity and restorative justice, despite the fact that funding has been inadequate for the last three years. So I’m going to continue to fight for funding, and to ensure that we fulfill the ballot measure goals of restorative justice for BIPOC communities.”