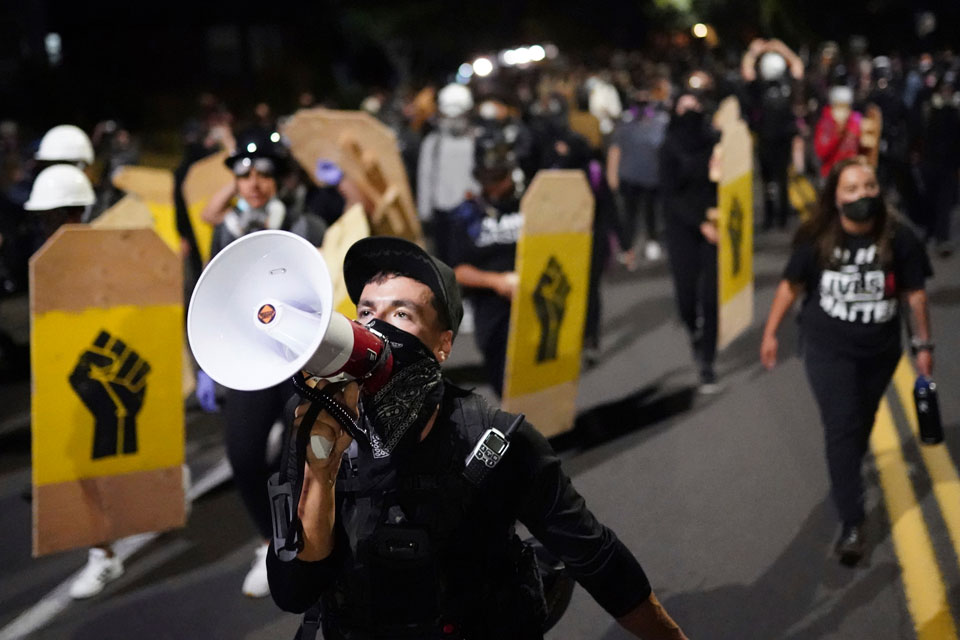 PORTLAND, Ore. (AP) — The newly elected district attorney in Portland, Oregon, said Tuesday that under a new policy, his office will not prosecute people who have been arrested since late May on non-violent misdemeanor charges during protests in Oregon's largest city.

The new policy recognizes the outrage and frustration over a history of racial injustice that has led to more than 70 nights of sustained, often violent protest in Portland as well as the more practical realities of the court system, which is running more than two months behind in processing cases because of COVID-19, Multnomah County District Attorney Mike Schmidt said.

In practical terms, it means at least several hundred people who have been arrested in the past few months will not face criminal prosecution, according to statistics provided by Schmidt's office. People arrested on similar charges in future demonstrations will also not be prosecuted, he said.

“The protesters are angry ... and deeply frustrated with what they perceive to be structural inequities in our basic social fabric. And this frustration can escalate to levels that violate the law," Schmidt said. “This policy acknowledges that centuries of disparate treatment of our Black and brown communities have left deep wounds and that the healing process will not be easy or quick.”

“Committing a crime is different from demonstrating,” Lovell said in a statement.

“The arrests we make often come after hours of damage to private property, disruption of public transit and traffic on public streets, thefts from small businesses, arson, burglary, attacks on members of the community, and attacks against police officers.”

Mayor Ted Wheeler, who is also the Police Commissioner, said in a brief statement that he understood the decision and the need to prioritize resources. 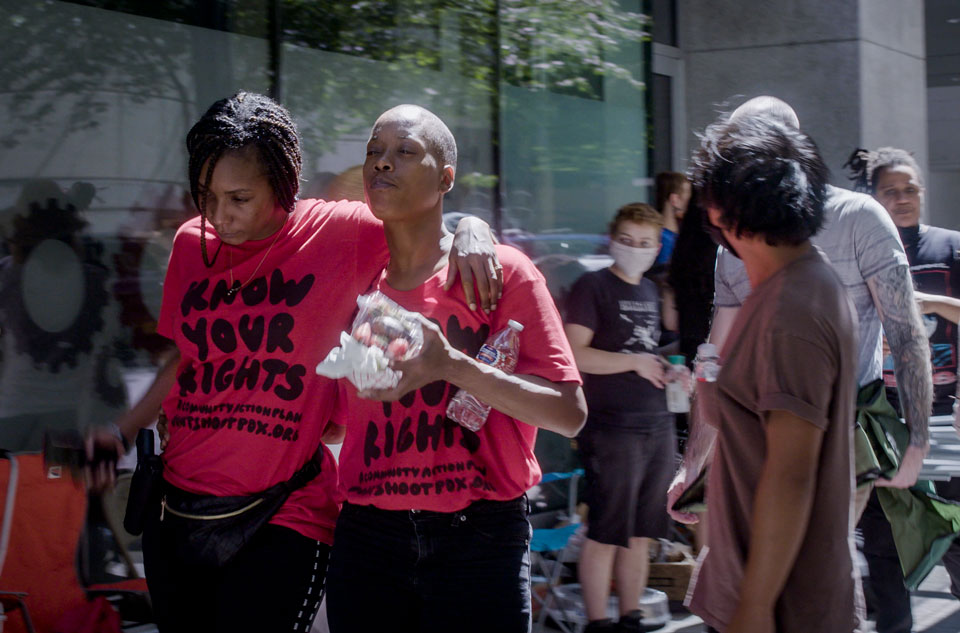 Demetria Hester, second from left,leaves the Multnomah County Justice Center on Monday, Aug. 10, 2020, in Portland, Ore. Hester became a leading activist in the racial justice movement after she was assaulted by a white supremacist three years ago. Authorities said Hester won't be charged following her arrest early Monday. Hester had been booked on suspicion of disorderly conduct and interfering with a police officer during the protest that began Sunday night. Hester’s arrest drew a sharp rebuke from national Black Lives Matter activists, who are increasingly focusing on demonstrations in Oregon’s largest city. (Brooke Herbert/The Oregonian via AP) Read The Skanner's story on Hester's attack here.Protests have dominated the news in Portland for more than 70 days since the death of George Floyd, a Black man who died after a white Minneapolis police officer held a knee to his neck for nearly eight minutes. Nights of unrest that increasingly targeted a federal courthouse prompted President Donald Trump to dispatch U.S. agents to guard the building in July.

The presence of the agents from U.S .Customs and Border Protection, U.S. Immigration and Customs Enforcement and the U.S. Marshals Service was intended to tamp down on the demonstrations but instead reinvigorated the Black Lives Matter movement.

The U.S. agents began drawing down July 31 under an agreement between the U.S. Department of Homeland Security and Democratic Gov. Kate Brown.

But protests have continued nightly at different locations since then, with demonstrators calling for the City Council to defund the police and reinvest the money in the Black community.

Protesters are also angry because the Portland police used tear gas repeatedly in the early days of the protests and have continued to do so several times in July and August despite a federal court ban on using the chemical irritant expect when the police declare a riot.

Police precincts in the north and east of the city, the police union headquarters and a building that houses police offices have been frequent targets. Officers made dozens of arrests last weekend and this week after clashes with demonstrators who police say have thrown eggs, bottles and rocks at officers; started fires and punctured the tires of police vehicles.

In announcing the policy, Schmidt said there have been about 550 protest-related cases referred to his office since May 29 and of those only 133 were felony referrals. More than 350 of them were misdemeanors or violations with no bodily violence alleged.

Not a 'free pass'

Cases where the most serious offense is a city ordinance violation or where the crime does not involve deliberate property damage, theft or the threat of force or use of force will be declined, he said. Those types of crimes include interfering with a police officer, disorderly conduct in the second degree, criminal trespass in the first and second degree, escape in the third degree and harassment.

In some cases, he said, a charge of riot might also be dismissed if the allegations didn't include any other crimes.

“Are you somebody who was in the crowd with five or more people acting in a tumultuous way, but not yourself?" he said. “The other side (is) if you’re in that crowd and you are the person throwing things, you are the person causing damage — that is the riot charge that will be taken.”

Schmidt emphasized that the policy does not mean a “free pass” for protesters.

“While I would do what I can to provide protesters with a forum to make their voices heard, I will not tolerate deliberate acts of violence against police or anyone else.

"Engage in that type of conduct, and you should expect to be prosecuted,” he said.

The announcement of the new policy comes a day after Schmidt's office declined to prosecute a Black woman who became a leader in the Black Lives Matter movement after she was the victim of a hate crime three years ago.

Demetria Hester, 46, had been booked on suspicion of disorderly conduct and interfering with a police officer during the protest. Her arrest drew a sharp rebuke from other activists and civil rights groups.